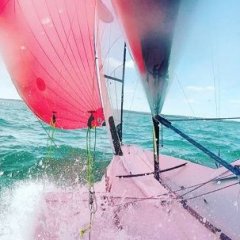 By swedishswimmingteam,
September 14, 2018 in Dinghy Anarchy