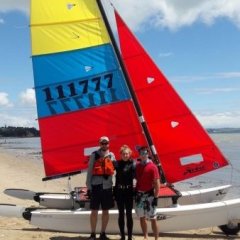 What was the sailing moment you will remember forever?