The cost of misinformation As an ILCA World Council member, I am alarmed at some "news stories" in the The Sailor's Voice (Facebook), specifically those posted by Jean-Pierre Kiekens. His comments

https://www.sailing.org/news/90895.php#.YHkHCy2ZNN0 Laser Radial sailor Nethra Kumanan has become the first ever female Indian sailor to qualify for the Olympic Games. 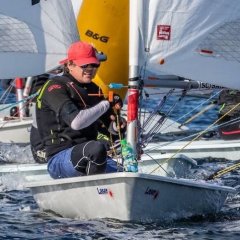 And edition 40 of our 6 hour laser relay race (you switch every lap with your team mate) is close to having 40 boats (80 sailors). All that on a tiny lake in the south of Amsterdam. If you read D