I'm a police officer and a swat team member, ask me anything? 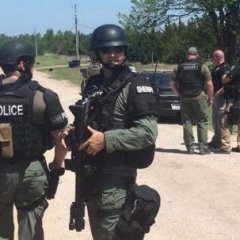