My 505 Restore and rigging 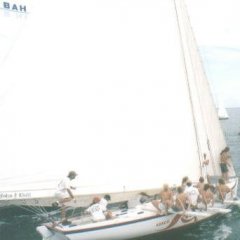 By captain.rahn,
September 4, 2020 in Dinghy Anarchy