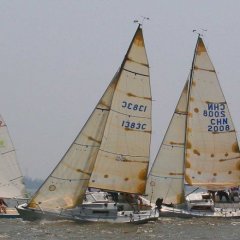 That old cliche "You can't win them all". He has got a pretty full trophy cabinet though 5 Olympic Medals, a record number of Finn Gold Cups, a bucket load of worlds, a WMRT title, thrashed everyone i 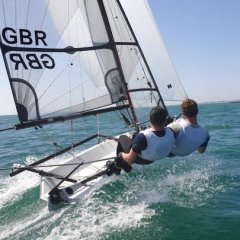 to be fair... I have raced Giles... it didn't go very well. I had only been sailing for a couple of years though and was very small. Giles, despite being my age was already getting too big for toppers

Actually I got to be in the cockpit with Ben many moons ago in a demo event match racing against Ian Percy and Shirley Robertson in the Sunsail France 1 and France 2 AC class boats.  My input was sole