Modern language use that really really shits me

By random.,
July 5 in General Anarchy

I learned something over the years I spent in corporations listening to all that sort of fashionable bullshit. It is used almost exclusively by people who work in areas that don't have a speciali 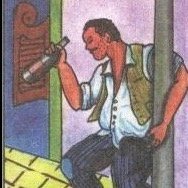 Try a quantum leap before you paradigm shift. The synergy is better.

Being pro active is too much work and doesn't pay as much as people think.  I've always maintained my amateur active status, it's much less of a hassle.    I have to run now. I need to lean in to