Is LaserPerformance planning a new dinghy???

The English sail where others don't, damp sponges, washing up bowls, open sewers and places where the run horses when the tide is out.  The best sailboats for these venues are very likely not so good 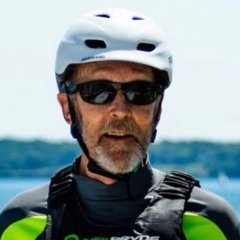 Yeah. She was only after his Sunfish!

I think you are missing out that for many its simply not what they want to do. I have plenty of sea miles on both trapeze and sliding seat boats. Too difficult as in not competent is generally not the