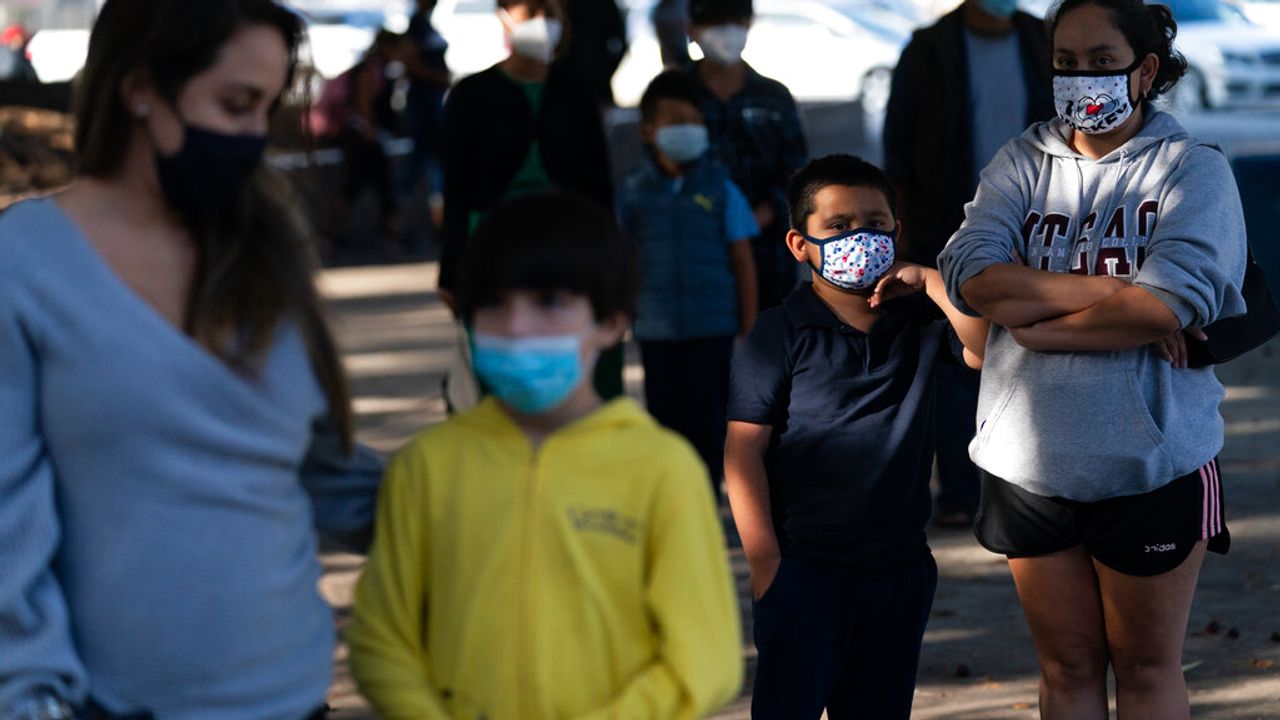 10 million children have lost parents or other caregivers to COVID-19, according to latest estimate

In the face of this colossal global tragedy, the US and other major powers have abandoned any serious effort to fight the pandemic.
www.wsws.org
​

Ten million kids left in many cases to fend for themselves, institutionalised, grieving without support.
10 million.
According to the summary of the report, “little is being done to care for children left behind,” and no actual tabulation of orphaned or bereaved children is carried out by any national government.

Hello All ships, Hello all ships.

Worldometers only has 6.5 million deaths worldwide. Considering that 70% of those deaths are 65+, how do 10 million kids lose carers? 00seven said:
Worldometers only has 6.5 million deaths worldwide. Considering that 70% of those deaths are 65+, how do 10 million kids lose carers?

Worldometers only has 6.5 million deaths worldwide. Considering that 70% of those deaths are 65+, how do 10 million kids lose carers?

Could it be that each carer cares for several children?

Given that another 25% of deaths are in the 45-64 bracket, I'm thinking something's a bit off.

"and no actual tabulation of orphaned or bereaved children is carried out by any national government."

"and no actual tabulation of orphaned or bereaved children is carried out by any national government."
Click to expand...

What do you expect from the OP?

She is in too much of a rush starting a new thread to even bother thinking about what she has googled up, little own to bother fact checking.
But she did get her name on yet another thread so that is all that matters.

More of a Pan Pan.

Since this now the thread to talk about morons in...

Police are searching for a heavily tattooed man who is wanted on an outstanding warrant. You don't really believe that India, for example recorded all deaths.
There's many places in the world where kids have only their grandparents to care for them.
No offence, but your responses are very "white"

According to the WHO figures, described as the most conservative, the hardest-hit country is India, with an estimated 3.5 million children having lost one or more caregivers. Other Asian countries with large totals include Indonesia (660,000) and Pakistan (410,000). Some of the most populous countries in Africa also were severely affected, including Egypt (450,000) and Nigeria (430,000). from the US CDC Global minimum estimates of children affected by COVID-19-associated orphanhood and deaths of caregivers: a modelling study

Orphanhood and caregiver deaths are a hidden pandemic resulting from COVID-19-associated deaths. Accelerating equitable vaccine delivery is key to prevention. Psychosocial and economic support can help families to nurture children bereft of caregivers and help to ensure that institutionalisation...
www.thelancet.com Have any of these "studies" analysed excess deaths of child carers?

If the estimates are correct it does highlight the fact children in infected families do actually survive Covid-19.

Chief Stipe said:
If the estimates are correct it does highlight the fact children in infected families do actually survive Covid-19.
Click to expand...

Yeah well DER, that's why they are covid orphans.
How can you help them?

Meli starts yet another thread, cut and pasting some shit she didn’t even bother the fact check (or even do some simple maths)
When her stupidity is called out she goes on a google frenzy trying to prove she isn’t a moron. She posts this from the Lancet that shows the WHO figures are inflated by a factor of 10, demonstrating that she is wrong with her thread title.

Being a leftwit moron, she doesn’t grasp the the CCP own the WHO’s arse and have tasked them with making the rest of the world look stupid and distracting from any discussion of the origin of covid. Which as we know either by design or incompetence is entirely the Chinese cunts fault.
And Meli happily does their bidding by reposting this bullshit.
Has there been a bigger filterless moron in the history of this forum?
You must log in or register to reply here.
Share:
Facebook Twitter Reddit Pinterest Tumblr WhatsApp Email Share Link