Fuckin chill out guys..last years controversy of whether WOXI was carrying the prescribed number of Australian Institute of Septuagenarian (AIS) sailors and Centrelink affiliated as actually working or not on board is ancient history...word is Richo is fronting up for the 75th this year even more smelly....vessel race compliance.. getting it out of the shed in time etc ...you watch. 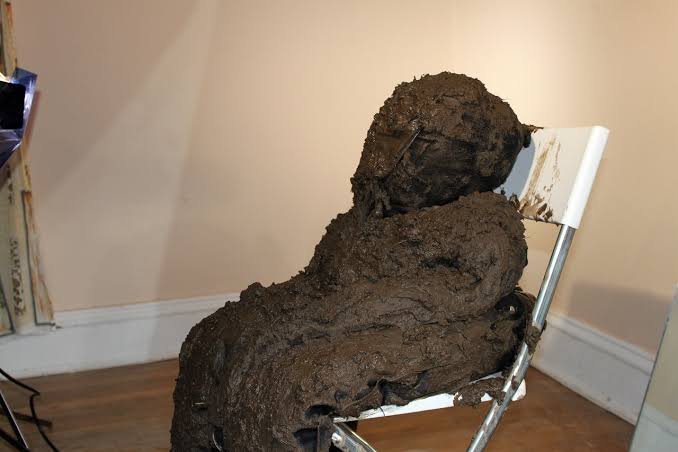 Only a 1 day to go. Is everyone ready? Laptops charged? Tar and feathers ready to go?

and the Boxing Day Test.

Seen in the CYCA car park on Dec 26th:

Someone taking the piss or what? 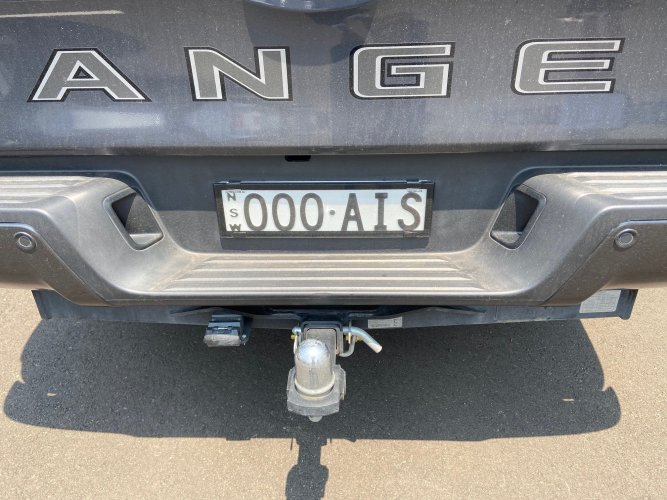 Someone taking the piss or what?

Only a 1 day to go. Is everyone ready? Laptops charged? Tar and feathers ready to go?
Click to expand...

LB Tar and feather Fonzie....fuck me it is an annual festivity and he never disappoints.

Like this race the 12 month anniversary of aliens from outa space frying his AIS, 24 months since he thought the "keeping clear and circle work rules" didn't apply to him, a thought well engrained over the 9 years since his Green Cape HF notification rule reinvention which saw him keep the sponsors LH watch.

Not to forget of course his sidekick the RC, who in response to all the above incidents postured and preened at the time, but when the dust had settled, then quietly changed the applicable provisions in the SI's relating to each of those WOXI incidents above for the following year.

So this year you all thought this annual celebration of a 50k rated hairdo getting out of shape was no more? Rest easy I have found one potential incident plus one pending that had an insurance plan in place to bluff the Jury.

Everyone knows RRS 41 Outside Help

Well imagine my surprise when dialing up my Weekend Australian online account for a news catchup to find David McNicol, an old Oatley family friend writing this. He said Team WOXI in response to seeing WOXI going backwards on Friday morning rang them up on the Sat Phone, but said they couldn't raise them!!!

Now with the RC not "time-barred" from lodging a protest for the purposes of obtaining Sat Phone records to put that "no contact" beyond doubt, I can only assume the RC don't read race reports in Australia's national newspaper so are in the dark. Bit like last year not knowing WOXI's AIS ceased transmitting 11.10am in the harbour on the day of the start and until after it had finished, thus a protest killed off and not being heard.

Now let's assume that Team WOXI's failure to raise them is bona-fide being honest folk and therefore no instance of Outside Help has transpired, it does raise however raise an interesting conundrum of revisiting the ghosts of Green Cape 2010 again.

You see last week Richo drafted off a brain fart from a fellow 100' Club member, Witty who claimed bushfire smoke has been found to interfere with HF marine radio signals – prompting him to write a letter to the RC seeking a SI relaxation to allow the use of their back up satellite phones to avoid the mandatory DSQ. This letter and the RC's rejection on these Grounds then became the subject of a media bushfire stoked by the Witty and the Richard's.

Wild Oat XI skipper Mark Richards said; "the (RC's) call was a "big deal....stopping the reliance on marine radio signals during the Sydney to Hobart has been talked about "for years" but "nothing has ever happened".

Richard's and Witt ensured the "scene was set" for any Green Cape protest that may eventuate to give the RC and or the IJ the grounds not to prosecute a protest as has occured in the past or put them in the corner of public humiliation.

While now obviously hypothetical it would have been interesting whether the RC/IJ assembled the necessary evidence in the event the SI's would be upheld to the letter and automatic DSQ applied plus defend their position publically. That is but not limited to the following evidence regarding S2H Race Communications:

- Race duration between vessels and weather forecast probabilities in relation to that duration rapidly reducing with that time span.

- The Brief of Evidence provided by the NSW Police Service to the State Coroner's Office for the Inquest into 6 deaths during the 1998 S2H. This included evidence from AMSA and various SAR and Communication bodies.

- The NSW State Coroner's Findings and Recommendations with regard to the 1998 S2H.

- The RO's response to both its own Committee Report and the Coroner's findings and recommendations noting the 1999 Race preceeded the latter.

- Material tendered/prepared/RO position established in legal action against the RO emanating from the S2H Race where in both cases the RO agreed to settle out of court.

- WS and AS mandatory requirement (Special Offshore Regulations) for a working HF radio to be carried, noting Race Category differences and mandatory use of DSC equipped HF's currently don't apply in Australia.

- Noting HF is mandatory for Category 2 Races, evidence that some RO's are down grading their races to Cat 3 with the result the regulatory safety provisions are arguably longer matching the race course.

-  Evidence a Sat Phone is not compatible with International Aeronautical and Maritime Search and Rescue Manual and the international standard telephony procedures for SAR called for in Special Offshore Regulations and the S2H SI's.

- Minutes from AYF/AS Offshore Keelboat Policy and National Safety Committee Meetings including submissions recieved from state bodies/clubs and submissions made to SAR and communication bodies.

-  Advice of the Maritime Agencies Forum (MAF - a national forum for marine safety agencies)  over the National Coast Radio Network (NCRN) established in 2002 following the decommissioning of some HF Voice monitoring services subsidised by the Government. This coincided with AMSA beginning to provide a HF DSC monitoring service in accordance with its international obligations followed by DSC Transceivers being approved by the Aust Communications and Media Authority and available for non-commercial use.

Note: NCRN HF Voice monitoring of distress and safety communications will cease in Australia on 1 January 2022. From then on only a GMDSS DSC enabled HF will be supported. This indicates the RO has no option but to make DSC HF mandatory after next year's race, noting a majority of competitors have a DSC transceiver already installed, albeit most without a seperate DSC receive antenna and or don't know how to use it or know of its GMDSS functionality matching that of Sat Com C/mini C or pending GMDSS approved Iridium terminals. This begs the question as to why has the RO perservered with HF Voice for so long and not made DSC HF mandatory?

- And probably last but not least there is no evidence bushfire smoke effects Marine HF as claimed.

Three minutes on Google will show many instances of fire services complaining of radio issues. Further Googling of reports and studies show the weakly ionized high temperature environment of the bushfire itself together with the emission of the compound potassium (associated with grass fires, not bush fires) in the smoke creates a radio "sub-refractive" environment for UHF and VHF or "line of sight" radio wave propagation only. It obviously has no effect offshore on lower frequency Marine HF "ground" or higher frequency "sky waves" relying on the ionosphere up to 300 klm above the earth.

- And one last twist....reminding Richards about his team ringing him on Friday morning on the﻿﻿﻿﻿﻿﻿﻿﻿﻿ Sat﻿﻿﻿﻿﻿﻿﻿﻿﻿﻿﻿﻿﻿﻿﻿ Phone, but not getting through is hardly evidence of a reliable safety communication device surely???

It would appear some of those that lead the fleet to Hobart each year are utterly fucking clueless if their protest "smokey" is any guide and have little regard for the fleet other than providing themselves with a colourful backdrop. 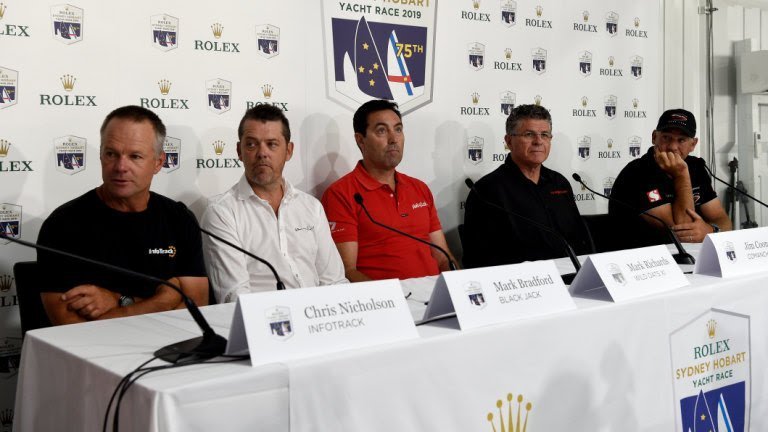