Keith said:
There it is, the perfectly reasonable compromise for America's firearm safety.
Click to expand...

Want to stop a tyrannical government? I have no problem with that. Your guns will be down at the gun club in a vault and you can have fun all day getting killed by drones trying to use them. 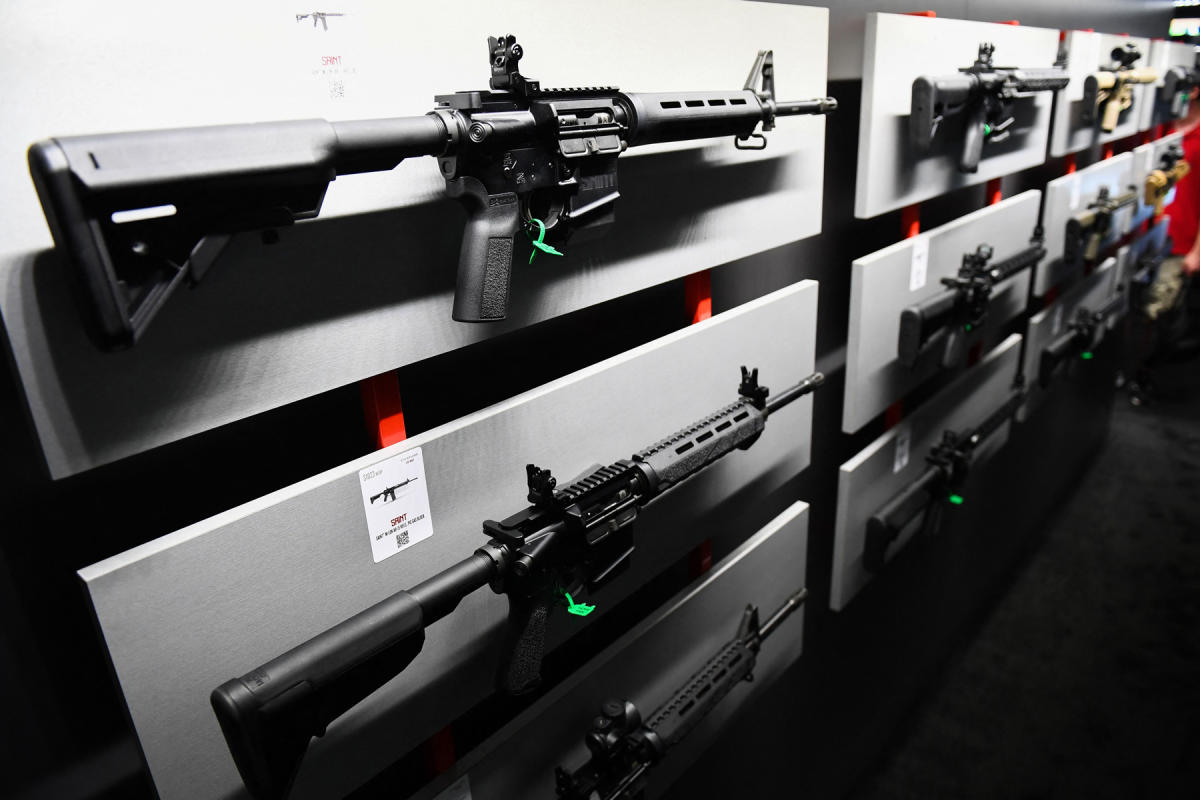 Hellfire: The Uvalde Shooter Owned a Device That Makes AR-15s Even More Deadly

Hellfire devices turn make semi-automatic weapons fire almost as fast as their banned, fully automatic cousins. Why are they legal?

Neato. Wagers that Burning Man and Tom have one or more of those in their arsenals?
Click to expand...


I don't have any gun that it would work on and view it as a ridiculous novelty like bump stocka. But apparently not quite like.

ATF itself recognized the similarity of the devices, explicitly comparing them in 2013 correspondence with a congressman, back when both devices were deemed legal. Gun enthusiasts today praise the hellfire as offering “bump firing without the stock.” (ATF did not answer questions from Rolling Stone about why the devices are treated differently.)
Click to expand...


The article is also wrong about this:

Even in the trigger-happy US of A, machine guns are supposed to be illegal. A central fixture of federal firearms law since the days of Al Capone’s 1930s is that fully-automatic weapons are too powerful to be in civilian hands.
Click to expand...


In fact, the $200 tax in 1937 meant only wealthy people could own machine guns. By 1986, the Fed had failed so badly at the currency stability part of their mission that 200 bucks wasn't that much money. Saint Ronald rode to the rescue, closing the machine gun registry and restoring the natural order of things, where wealthy people can legally own machine guns but others can not.

So others resort to bump stocka and, apparently, hellfires, which I never heard of before today. Thanks for bringing those things up.

I share Obama's view of bump stocka, that the executive doesn't have the power to ban them by reinterpreting the law. Trump's view seems an abuse of power to me but no one else has complained. Two possibilities there: they really believe Trump over Obama when it comes to figuring out exec powers, or they're just fine with Trump's abuse of power as long as the result is gungrabby. I'm guessing it's mostly the latter.

Trump's ban is abusive according to me, OK according to Obama-haters here, but either way it's illustrative of how effective gun bans are. Go try to find the compliance rate. You can't. No one is giving up or destroying their bump stocka.

If Mitch is "comfortable" with the proposed changes, they won't matter much. I'm stunned about not raising the age to buy long guns, and kinda think the approach should focus on autoloaders.

One of those gun covers regarding some military-esque murder machine.
"Compact insurance in an uncertain world"
I'd laugh but fear has been used by influential bodies to spread hatred and intolerance for centuries.
It's just sad to see such antiquated lies still working.

βhyde said:
I don't wonder what has changed over the years. Let's get amped for battle!
View attachment 523749
Click to expand...

I can't imagine the mind of a person who jerks off to images of guns.

A mind corrupted by bad religion. Fuck his gods.

He certainly works in mysterious ways.

To those assholes everything is Gods plan.

And just like that, the GOP finds yet another way to do absolutely nothing...

The lead Republican negotiator in US Senate dialogue toward a bipartisan gun safety bill walked out of the talks on Thursday, dimming the likelihood of a vote on the legislation before senators leave for a two-week July 4 recess. 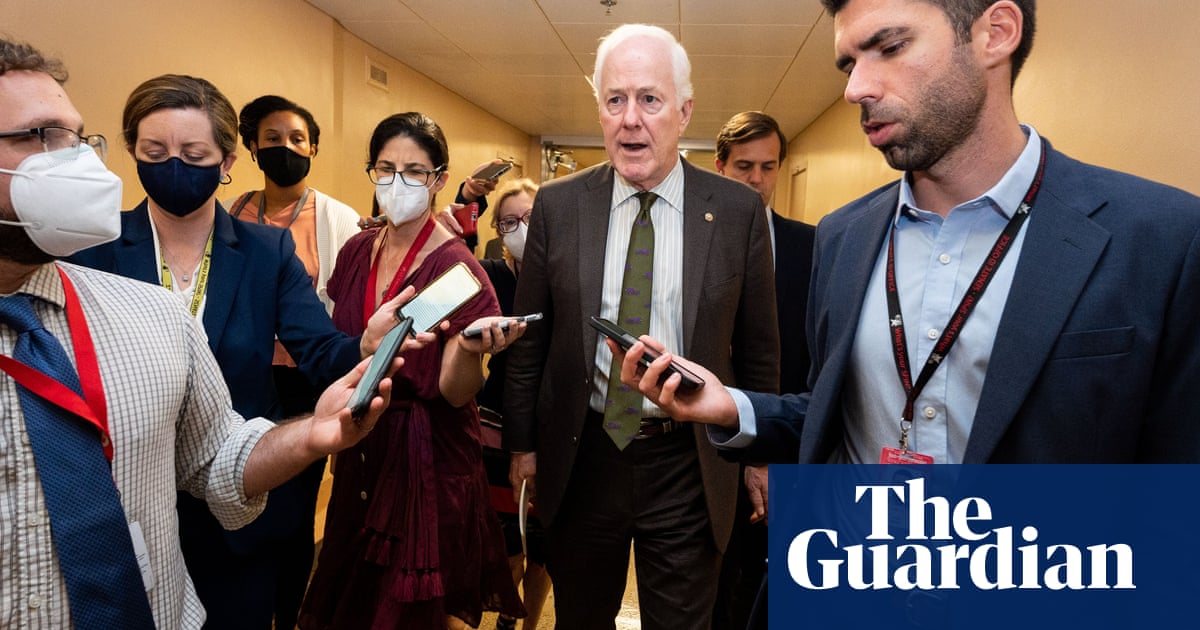 John Cornyn says he is heading back to Texas, dimming hope of vote on bipartisan gun safety bill before July recess

Sounds like God had a plan for some people in church in Alabama tonight.

Should clergy be armed during services? Catholic priest blessing the rifles of deer hunters for a successful season, US

Sol Rosenberg said:
Should clergy be armed during services?
Click to expand...

well, the altar boys need to be.

Sol Rosenberg said:
Should clergy be armed during services?
Click to expand...

Only if they use hallowed point bullets.

I'd suggest going way back in the life of a potential shooter.

He's been weaned on a diet of Hollywood shoot-em-up movies.

He's been weaned on a diet of first-person-shooter video games. Sometimes played all night.

And nobody has told him that none of this is the real world.

So he gets the normal teenage angst and anger, goes to the local gun store, and what next?

Hellfire: The Uvalde Shooter Owned a Device That Makes AR-15s Even More Deadly

Hellfire devices turn make semi-automatic weapons fire almost as fast as their banned, fully automatic cousins. Why are they legal?

No way this should be legal.

Catholic priest blessing the rifles of deer hunters for a successful season, US

Thanks for the picture now I know why I'm an atheist

phill_nz said:
for the life of me i cannot workout who would be stupid enough to think arming teachers was a great idea
arming teachers is going to increase the amount of school shootings not decrease it

unless the children in the usa are completely different to the kids here .. because here its not very uncommon for whole classes of kids to deliberately bate teachers they dont like or think are vulnerable

A study from Rand Corp. researchers from early 2021 found that 27 percent of teachers have experienced symptoms consistent with depression, while 37 percent have experienced symptoms consistent with generalized anxiety.
from https://www.parents.com/news/americas-teachers-are-facing-a-mental-health-crisis-too/
Click to expand...

Ask anyone who proposes arming teachers how much respect they have for teachers. Most folks I know who think that is the answer view teachers as glorified babysitters and are often heard deriding the profession.

Yeah, if that is your view of teachers, arm them. That makes sense.

Mike G said:
No way this should be legal.


To his credit, Tom says he doesn't own one and thinks they are silly. Crickets from Burning Man about whether he's got one or more.

SloopJonB said:
I can't imagine the mind of a person who jerks off to images of guns.
Click to expand...

Come on. PA was once filled with underwear girls, with guns, and the camo. NTTAWWT

Bus Driver said:
Ask anyone who proposes arming teachers how much respect they have for teachers. Most folks I know who think that is the answer view teachers as glorified babysitters and are often heard deriding the profession.

Yeah, if that is your view of teachers, arm them. That makes sense.
Click to expand...