In a marina, under a boat, in the Bay Area.

Not bad. Does he act? Does it matter?

I hope there is a float switch on the bilge pump.
Click to expand...

I hope there's a bilge pump.

Also, it occurs to me that the rest of the family is stranded out there without the Bayliner now. Anyone going to give them a lift?

Not bad. Does he act? Does it matter?
Click to expand...

OK, who wants to make a T-shirt that says FREE THE ROD with this photo attached? or how about, Hang In There Baby (no wait shoot that's with kittens). This can't be the end of The Saga. Hell, everytime I've got arrested I just kept doing whatever i was a-doing soon as I got out.

Fabio as Michael "Viking" Johnson (hey, gotta give Mike some credit...he was just trying to help his old man)

and Jerry Mathers as...

But remember this is California. If they can't get anything out of you, they'll pull the "Catch and Release".

I feel bad for Michael and the rest, they're kinda screwed (no, I mean screwed-er than they were before). I hope the cops etc kinda give them a break, see first if the Rod is the only problem child with the whole situation and then help the rest of them out with some options.

How do we know there's a Vacate by Wednesday order? Other than that poorly worded possibly false post from TheViking?

Can the FH just sit in the mud awaiting her noble knight?

WhoaTed said:
License plate light bulb? That's some cold shit. WTF? Yeah I know he had other outstandings but what dickhead cop writes a license plate lightbulb ticket in the first place?
Click to expand...

The kind that's been on the receiving end of a tirade like the one he was giving earlier?

Seems to me that HR doesn't know when to keep his mouth shut.

WhoaTed said:
License plate light bulb? That's some cold shit. WTF? Yeah I know he had other outstandings but what dickhead cop writes a license plate lightbulb ticket in the first place?
Click to expand...

It's a "Probable Cause" entry. Easier to explain to a judge than "I didn't like the was he looked". Pulled over for a bad light, run his wants and warrants, then slap the cuffs on.

Yeah, makes sense both those^^^...what was I not thinking.

In a marina, under a boat, in the Bay Area.

If you have warrants, you need to keep your shit wired tight. Don't do the crime if you can't do the time.

sklompar said:
But hey, at least you got him arrested. You may have saved a life today!
Click to expand...

I had a polite conversation with the cop on the patrol boat basically saying HR made threats regarding people on shore and in boats approaching his. I was asked to send the threat and the link to this thread, which I did. I have friends who kayak outside of LL and didn't want them getting hurt, nor anyone else.

I didn't do anything to cause him to (apparently) get into a fight with anyone at LL. While LL is a decent, reasonably well run marina, it does have a few rough looking customers, I walk my dog there regularly, I am no stranger, even if they don't know my name. Who knows if the other party is a reader here, or just had enough of HR over these past two years.

The shootings that make national news happen, in part, because no one calls the person out, or if they do, the authorities ignore the warnings. All I hoped for was a 'talking to', this ending never crossed my mind. But my actions may have saved lives, who knows

Thank you SRPD. BTW, I think was told this was not a boat day for the officer I talked to, so I may have had nothing at all to do with the police being involved today.

Bitter Gnat said:
Wow! Now we know why he wanted to hit the high seas.
Click to expand...

Could there be a link to the charges mentioned and the bike being stowed aboard? Keep it form being impounded? 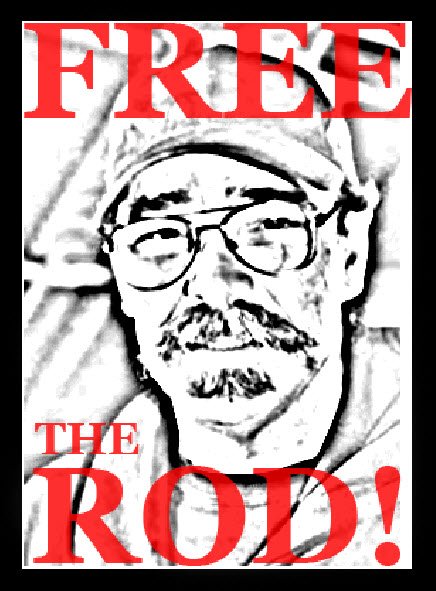 FFfffuuuuuucccccckkkkk... I really wanted to see her sail, sink and otherwise do something better than weedo.....