Just saw this on the spinsheet website.
I sailed with Geoff back in the early 90s, an all around great guy and superb sailor

shit, this one hurts

I was shocked to hear yesterday. Still am tbh. Sailed many years on many different boats with Geoff, I'll miss him terribly.

Very sad to hear this.  I spent a lot of time with him in Newport in the early 80s.  An all-round good bloke, and a staunch friend.

P_Wop said:
Very sad to hear this.  I spent a lot of time with him in Newport in the early 80s.  An all-round good bloke, and a staunch friend.
Click to expand...

Younger Geoff was only 50, twice runner up in Olympic trials for Finn and all around good guy and great sailor

Younger Geoff was only 50, twice runner up in Olympic trials for Finn and all around good guy and great sailor
Click to expand...

You're right.  Geoff Sr. was my mate.

Even more horrible to hear about Geoff Jr.  I remember him as a smart, keen and likely young lad.

what a shoker.  fuck man.  one of the really good guys.

Wow.  Very very sad.  Sailed along side his sister in HS and inherited his crew the year after he graduated.   What an amazing talent he was.

RIP to one of the really good guys, gone WAY too soon.

I’m not sure how this will post. If you are not a Viper 640 sailor, you will likely not have seen this.

It is with great sadness that we learned that we lost our friend Geoff Ewenson to a massive heart attack yesterday morning, October 14 at the very young age of 50. Since joining the Viper Class 5+ years ago, Geoff and his wife Mary have been two of the sparkplugs that have helped the Viper Class remain vibrant, active, and fun. Together, Geoff and Mary started the now-booming Viper fleet in Annapolis. Together they loved going to Miami for the Bacardi Cup and the Sarasota Winter Series,  they traveled to all the major regattas, won a bunch of them, and were on the podium for almost all they entered, including a second place finish at the 2019 Worlds in Long Beach, and a third place finish at the 2018 North Americans in Kingston.

Then, suddenly yesterday we lost one of our Class leaders, best sailors, coaches, and a caring friend. Geoff leaves big shoes to fill. He would be there working on his Viper yet would always take the time to answer a question. On the water, his sportsmanship was unquestioned...a true yachtsman. And much to the chagrin of the fleet, he was one of the toughest sailors to beat on the racecourse. Thanks, Geoff, for the leadership, counsel, competition, and friendship. Fair winds and following seas. 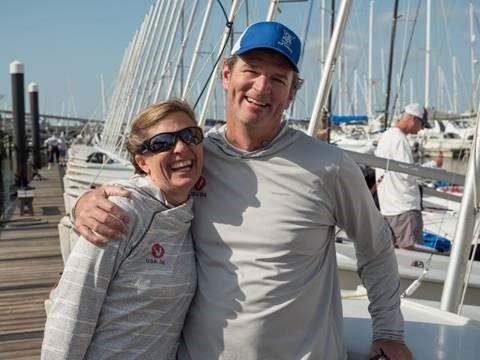 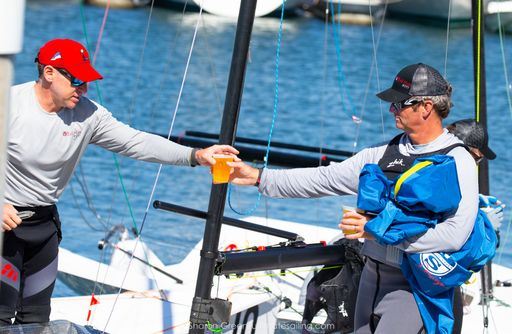 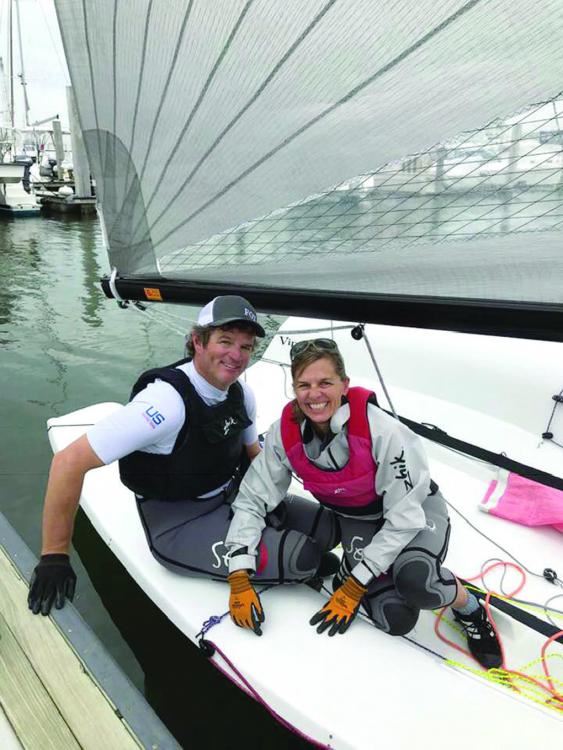 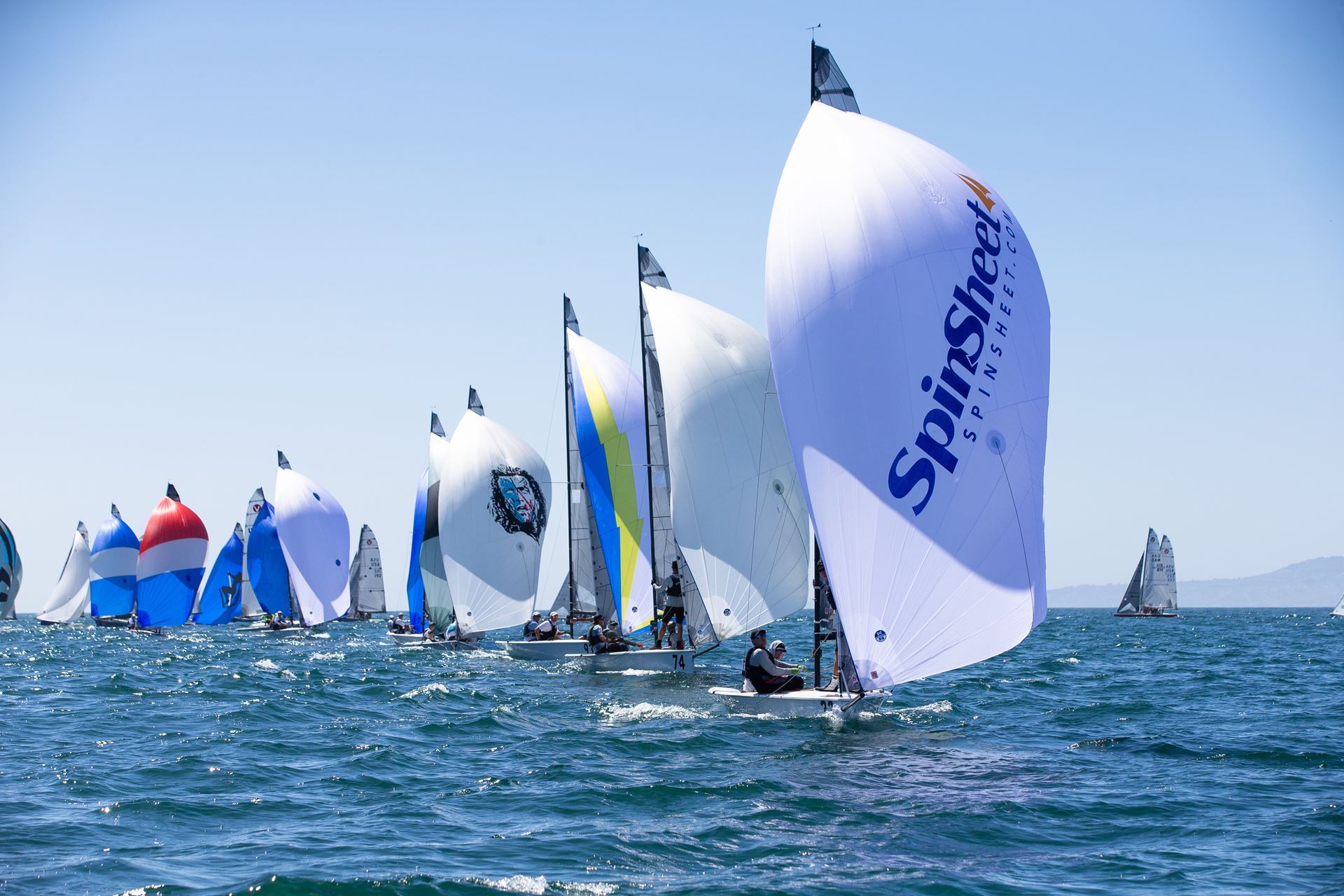 Anyone who has experienced the loss of a spouse recognizes that the remaining spouse suddenly faces a world of new challenges and issues. Mary Iliff Ewenson was not only Geoff’s wife, she was truly his partner in all the things they did. Even though Geoff was a professional sailor, he saw the Viper as a family boat. His first class regatta in Sarasota years ago in USA 248 (Terminally Pretty # 1) was with Mary, his brother Nick, and his sister-in-law Meredith.  It was rare to have Geoff at a Viper regatta without Mary either on the helm or in the front of the boat – as long as they were together, Geoff was happy. On the water with Mary as crew or helm, they were tough to beat. The person who got to be their third on their Viper was the lucky one. On shore, they organized Viper regattas together (who can forget the Budweiser and chocolate cake after sailing at Eastport Yacht Club?), Geoff would crew for Mary in training for next year’s International Women’s Championship, he contributed to Mary’s magazine, SpinSheet, they raised dogs together, worked out together, and were partners in the truest sense of the word.

Yea just heard this yesterday morning from friend who was on the way to work out with him. Big loss to the local community. Great guy. My sympathies to Mary. Damn; he was too young to go.

Ugh. My wife and I did a Charleston with Geoff on Rhumb Punch several years ago, but we also know Mary &amp; Geoff from the Chesapeake racing scene too. This news sucks.

We are still trying to digest this news. Geoff and Mary were close to so many Viper sailors.  We were all together in Sarasota immediately before covid.  Mary led a debriefing after racing. She had been driving in preparation for the Women's NA Championship and was gently teasing Geoff in his role as her tactician and coach.  He inclined his head (in that way that he did) and smiled his infectious smile.

I can hear him right now, standing round my boat, with our tight group of friends from around the USA and Canada, laughing as he explained some theory of sailing or life.

Mary and Geoff lived life to the full, loved each other to the full and Geoff was and still is loved very much by his friends far and wide.

There is no consolation or silver lining here.

I will only say to Mary if she reads this, that Geoff touched so many of us and lived such a very rich life.

One of Mary and Geoff's goals for 2021 was for Mary to drive (and secretly they wanted to podium) in the first Viper 640 Womens International Championship , immediately preceding the 2021 Open World Championship. It is a year away almost to the day. It is so hard to imagine that Geoff will not be there, passing out tuning tips or lying on the lawn with a beer in hand.

There is a spinnaker hanging from the flagpole, gently flapping in the wind, shedding droplets of tears, that will never dry.

Very sad to hear this. Met Geoff Finn sailing in the early 200p's. He had an infectious laugh and lit up the room when he walked in.

He was always a class act. Kind soul yet fierce and fair competitor. Always the first to do his turns in questionable situations. Sadly, seems he was caught over early.

Man I hate this news. Livestream of the service was nice. There are not enough truly good guys around, and we seem to get too few years with those who fit the description.  This year sucks.