Any serious rumours about possible Artemis or even Oracle interest?

strider470 said:
Any serious rumours about possible Artemis or even Oracle interest?
Click to expand...

Well apparently Lazzer's inflated his own fortune by almost 50% during this pandemic so he shouldn't be short of funds....

NZK said:
Well apparently Lazzer's inflated his own fortune by almost 50% during this pandemic so he shouldn't be short of funds....
Click to expand...

strider470 said:
Those guys can decide to participate in the America's Cup like you and I can buy an annual subscription at bowling
Click to expand...

Yes, finding an equivalence to mere mortals is difficult.

LE had lost interest by AC 35. It was obvious, OR was on a tight budget compared to previously.  He won’t be back.

I'd love to see Alinghi back in the AC.

I just don't want them to win it.

I found the Alinghi graveyard in Valencia last winter.

Given the current trend for 'temporary' team bases maybe the old cat could come in handy again? Throw a tarp over it and you've got an office..... 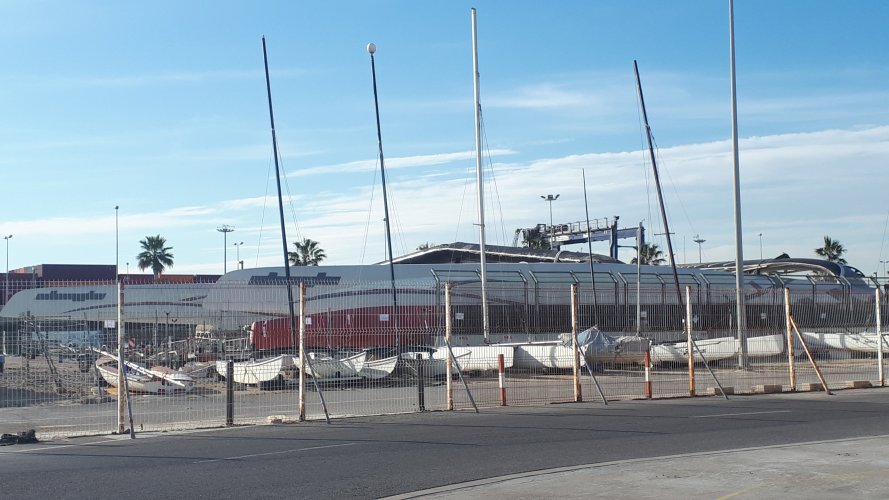 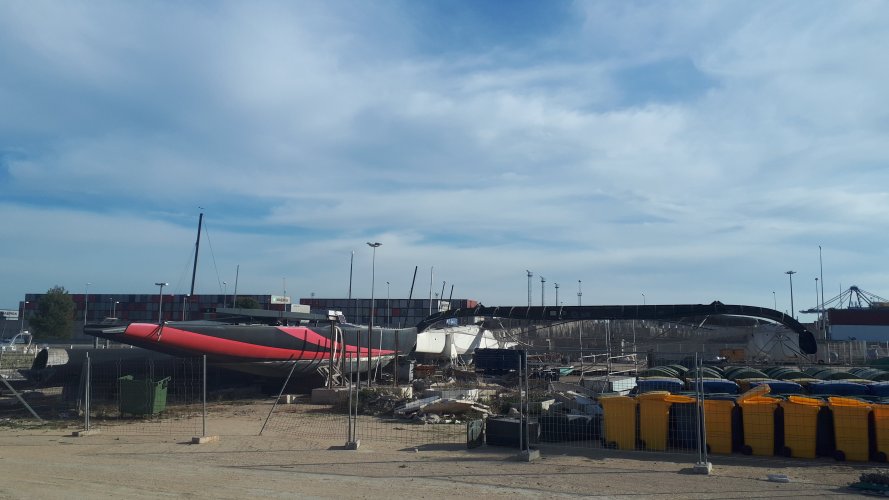 Forourselves said:
If Alinghi do return to the AC (and thats a big "if") I don't think we'll see another mass buy up of another team. Ernesto has built up a strong sailing team, independent of the Americas Cup, and has had great success in doing that. He has established his team as a dominant force on the multihull sailing stage.

His sailing team has continuity, and consistency from the design and development team to the sailing team. They've come up with a new platform in the TF35, taken it from concept to development, to racing, to establishing its own stand alone circuit.

I think Ernesto would be quite confident in the sailing team he has, as opposed to buying up another AC team like he did in 2003.
Click to expand...

wow he actually still drives the boat himself. that wouldn't happen in the AC75

dogwatch said:
LE had lost interest by AC 35. It was obvious, OR was on a tight budget compared to previously.  He won’t be back.
Click to expand...

I don't think that was it. if they won they would have been full on with their plan for the series going forward.

instead they lost and now he is full on with SailGP. I don't see him doing both (or dropping SailGP).

edit: unless it is a FYou to bertarelli and try and beat him again.

shebeen said:
I don't think that was it. if they won they would have been full on with their plan for the series going forward.
Click to expand...

They would have defended again but define "full on". Oracle's defence of AC35 was not "full on" in comparison with the resources available to the team in previous cycles.

I don't agree that Sail GP is "full on". It is half-hearted compared to ACWS in AC34. I was at the ACWS event in Plymouth and the spending that went into staging that was startling, moreover that was Larry's largesse, the city paid very little.  You could have invaded a small country with the number of helicopters that filmed it for days on end.

NZK said:
I'd be very keen to see an Alinghi challenge - EB cops a lot of shit here for how the DOG went down (and for poaching Kiwi talent) but in the cycles prior to the DOG debacle he did a lot of good for the AC as a whole and a lot of good to individual teams with acts of generosity when shit hit the fan with breakages etc. I think adding another established AC team to the fold will only be a benefit - plus if Alinghi do commit then these forums will go into a complete meltdown...
Click to expand...

Yeah pretty much, but he turned in to full on fucking gollum with the protocol after the 32nd cup, sock puppet COR etc..

It's all bullshit untill the full entry fee is paid....... I know - get Scott to change the name to "Speculation Anarchy"..... No Larry - that's Speculation NOT Speculum.....

Just get rid of that cock Butternuts.

Hopefully if ETNZ retain the cup they will drastically change the boat too.

Im sure they have plans in place already for the next boat. 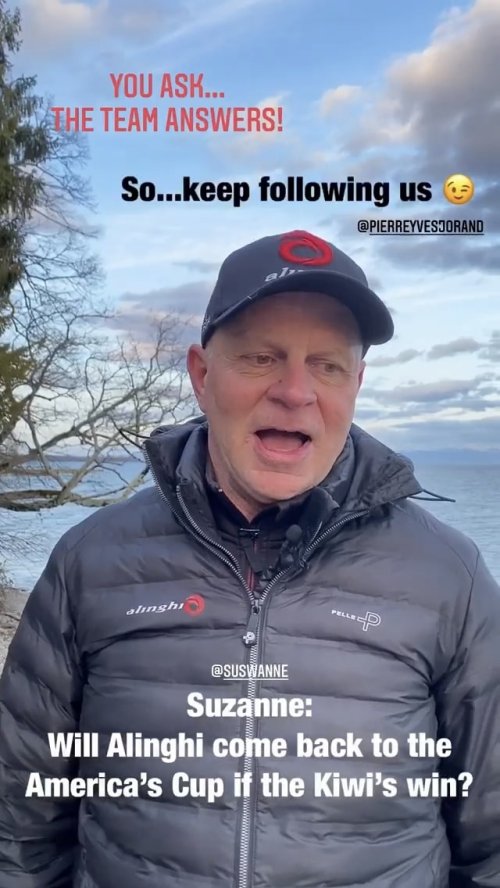 If NZ defend and Prada drop out, EB might go for Jimmy.....

Horn Rock said:
If NZ defend and Prada drop out, EB might go for Jimmy.....
Click to expand...

As it seems, Prada will continue whether winning or losing.

strider470 said:
As it seems, Prada will continue whether winning or losing.
Click to expand...

That would be great.....a bigger event with these boats would be quite the spectacle. Race 9 has really shown how match racing can be when you get a bit more breeze on a shifty course.