Are they feeling empowered by what is happening, here?

Thousands of police officers carried out raids across much of Germany on Wednesday against suspected far-right extremists who allegedly sought to overthrow the government in an armed coup. Officials said 25 people were detained.

Federal prosecutors said some 3,000 officers conducted searches at 130 sites in 11 of Germany's 16 states. While police raids against the far right are not uncommon in the country — still sensitive to its grim Nazi past — the scale of the operation was unusual.

Justice Minister Marco Buschmann described the raids as an “anti-terrorism operation,” adding that the suspects may have planned an armed attack on institutions of the state.

Saw this on the morning new... good grief!
The prince they are focused on seems like a sad old man. I'm sure they din't show him at his best though.
B

Probably, but not directly. I don't think any of those folks wake up and are all "Yea, MAGA! Long live Orange Jesus!" I think they have their own reasons for doing what they do.

That being said, US economic policy is driving pain which promotes nationalism and bumfuckery. Shit rolls down hill. Europe is bleeding and we're caught in Triffin's Dilemma, throwing salt into their wounds. To slow US inflation, we need to raise rates which increases the pressure on other currencies - such as the Euro, Yen, and Pound - making their cost of doing business go up meaning their profits are down, growth decreases, unemployment goes up, etc. That, on top of the energy costs from sanctions just puts them horribly behind the 8-ball. They have no control of their destiny and frankly, US domestic politics > european politics.

So we didn't plant the seeds but we are adding fertilizer.
Last edited: Dec 7, 2022

Deport them to America, and we'll elect them to Congress.

A far-right group is suspected of planning to storm parliament and install an aristocrat as leader.
www.bbc.com 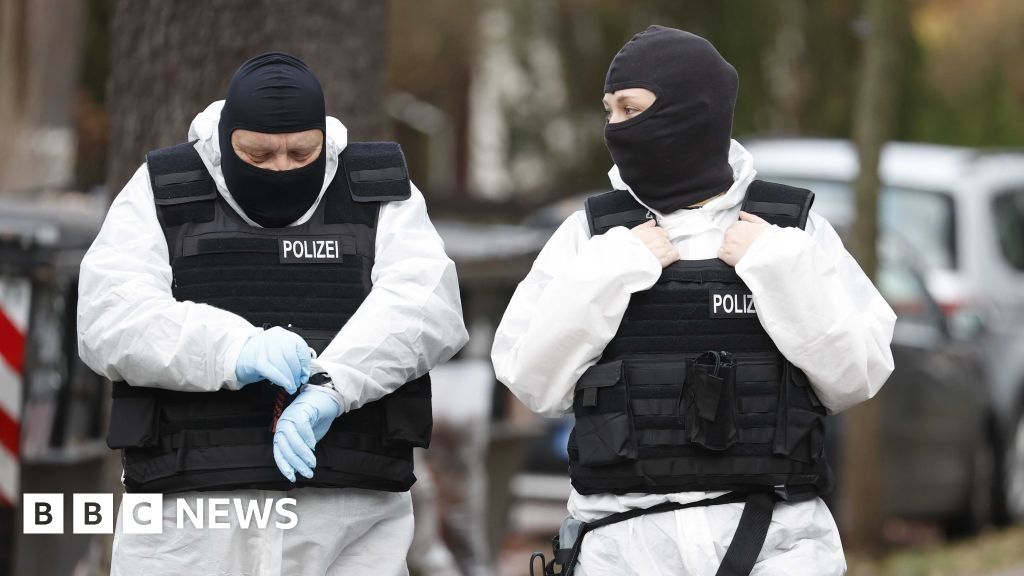 Members of the Reichsbürger movement are increasingly becoming a headache for the German authorities.
www.bbc.com

Who is funding it?

That element has been there since '45, but usually they're a bit more timid. They believe Germany never surrendered in WW2.

My guess is Russia Intel Services, funded with bit of House of Saud money...

Are they feeling empowered by what is happening, here?​

I thought that too. By the way, the comma in the title is unnecessary.

justsomeguy! said:
I thought that too. By the way, the comma in the title is unnecessary.
Click to expand...

careful, I may go back and do some Capitalizing.....

Bus Driver said:
careful, I may go back and do some Capitalizing.....
Click to expand...

Don't be stupid. Be a schmartie.

".....then we all change positions, the German Shepherd starts eating the shit off my lady wife's chest while the kids sit on each other's faces and I bugger the dog. Then we take over Germany, and run off singing My Way....."