Just in case anyone wants to get a little more "hands on" with their astronomy, I have a pristine 10" Meade LX200GPS (UHTC) scope I would like to find a new home for.

The scope has all the original factory parts, manuals, and shipping containers. In addition to the factory 1.25" eyepiece setup, it has a 2" setup with a super bright 1RPD 30mm eyepiece. Plus a bunch of other stuff (camera t-mounts for Pentax and Nikon, F/6.3 Focal reducer, etc). It also has upgraded collimation screws and low backlash ball bearing focusing. This is a nice piece of equipment. 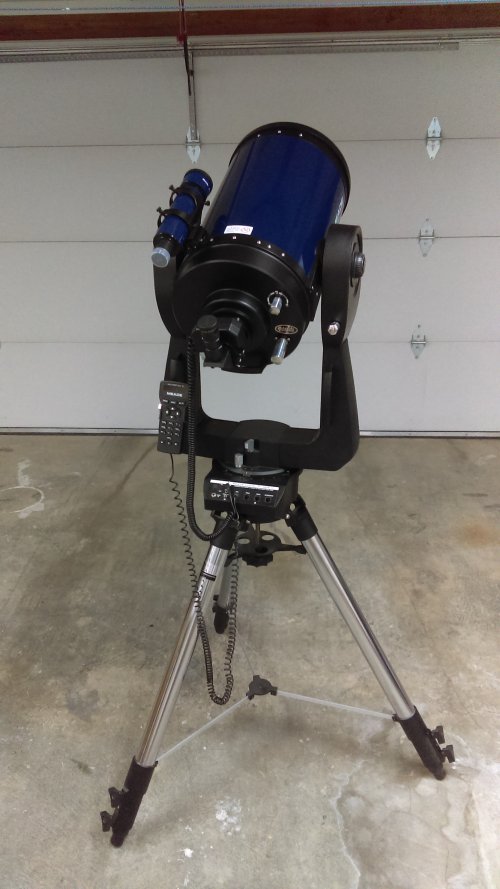 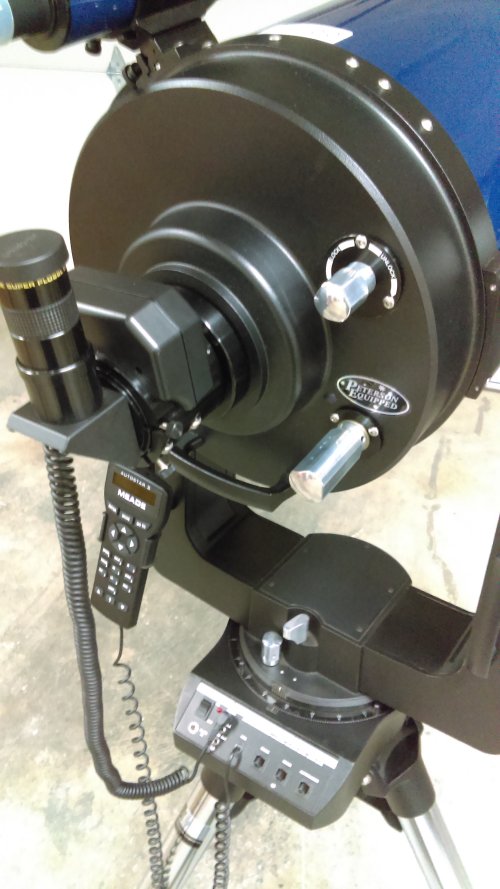 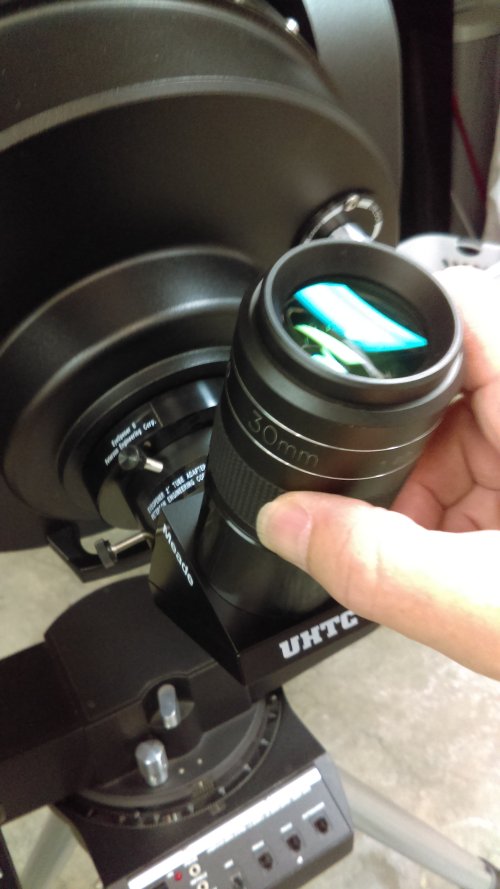 If you are interested, or know someone who is, drop me a PM, I have more pics. Prefer a local pickup or drop off near San Francisco since this thing weighs about 100lbs and would be a bitch to ship.

RedTuna said:
This red dot is the extent of all human radio signals and spacecraft throughout history.  Anyone or anything beyond that tiny speck likely has no idea we're here.

Oh yea, so who took the pic? 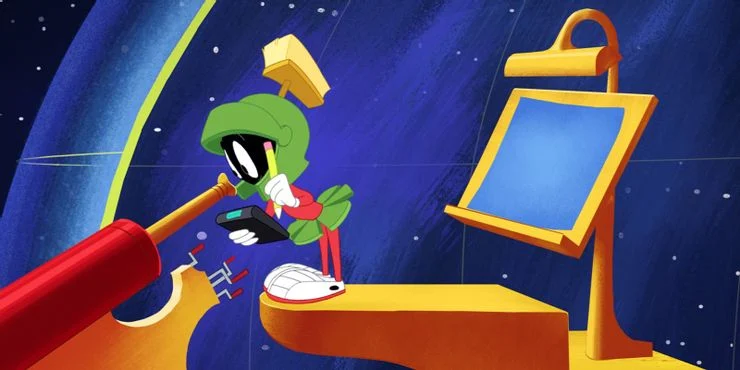 There was supposed to be an Earth-shattering kaboom!

ShortForBob said:
Its replacement, the James Webb telescope, is due to be launched in November or December this year.

Want more science — plus health, environment, tech and more? Subscribe to our channel.

This telescope will have greater infrared capacity than Hubble, but not as much visual ability.

That means an image of an object like HH-111 would look different than the one above, with even more detail in the dust clouds but less visual definition.

But Dr Tucker says optical images will be picked up eventually by other telescopes on the ground.

"We'll be able to see better in the optical colours than what Hubble can."
Click to expand...

The James Webb telescope is to be launched a week from tomorrow.

I haven't followed it so am not sure what is meant by "not as much visual ability." Huh? Haven't all cameras been getting better? I figured my drone probably has a better camera than Hubble.

The wind on Mars is eerie.

Radio View of the Milky Way 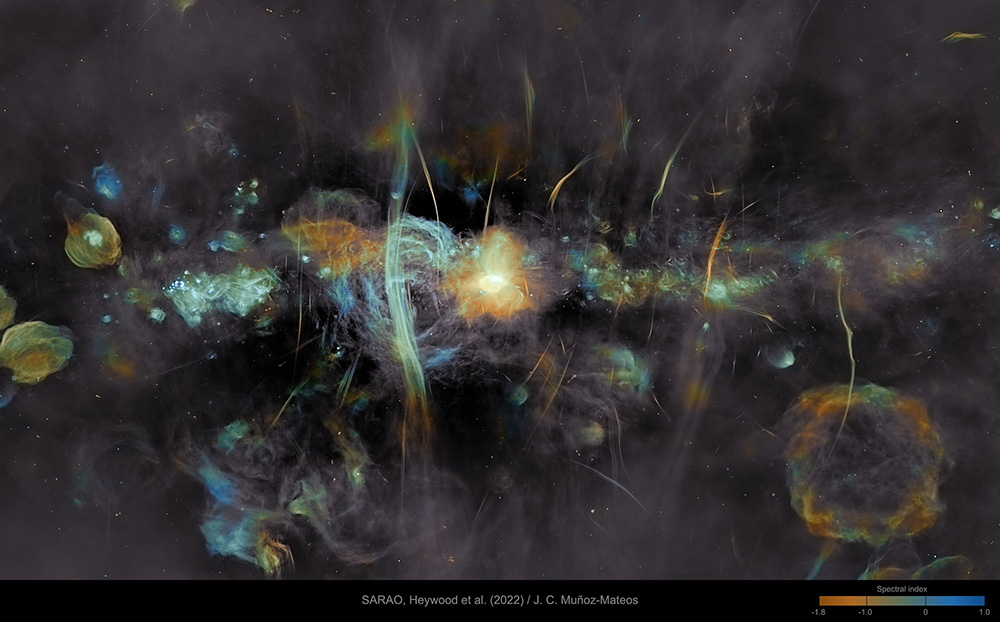 Astronomers constructed the image using the sensitive MeerKAT radio telescope, an array of 64 antennas spread over a diameter of 8 kilometers
Click to expand...

That doubles as a very cool piece of art.

Chandra X-ray Observatory found an interesting pulsar with a comet-like tail made up of matter and antimatter that's some seven light-years long.

A German photographer imaged a couple ISS astronauts during a space walk.  From the ground. 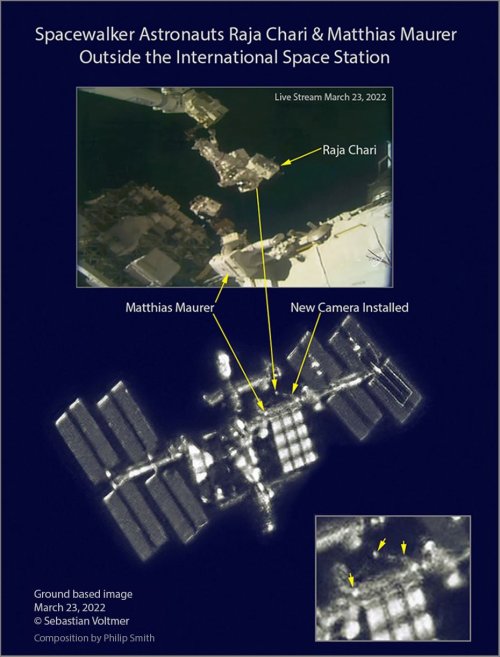 RedTuna said:
A German photographer imaged a couple ISS astronauts during a space walk.  From the ground.

I've been looking all thru my garage for my boat scrub brush!!! and there it is stickin' outa Marvin's helmet!!

A bit off topic - is anyone else watching "How The Universe Works"? Didn't want to start another thread but will do so to keep this from getting hijacked.  I find it very interesting and the more I watch the less I think I know.  Sign me curious and confused.

d'ranger said:
A bit off topic - is anyone else watching "How The Universe Works"? Didn't want to start another thread but will do so to keep this from getting hijacked.  I find it very interesting and the more I watch the less I think I know.  Sign me curious and confused.
Click to expand...

watched it.. another really good one of the same genre is, I believe a BBC offering, hosted by Brian Cox, called Wonders of the Universe. it's kinda hard to find though.

and another, on streaming outlet Curiosity Stream, is The Inexplicable Universe. It's a lecture series from Neil DeGrasse Tyson. And a part of The Great Courses series.. some really good stuff in there.

There's a nice planetary alignment happening now, just before sunrise on the USA west coast.  This morning my grandson and I got up at 5AM, and got to see Jupiter, Venus, Mars, Saturn and the Moon, and as a bonus, the ISS flying by the moon.  Here's a cellphone snapshot, while the Space Station was moving away from the Moon.  You may need to look carefully to see Mars and Saturn, but they were pretty visible to the naked eye. 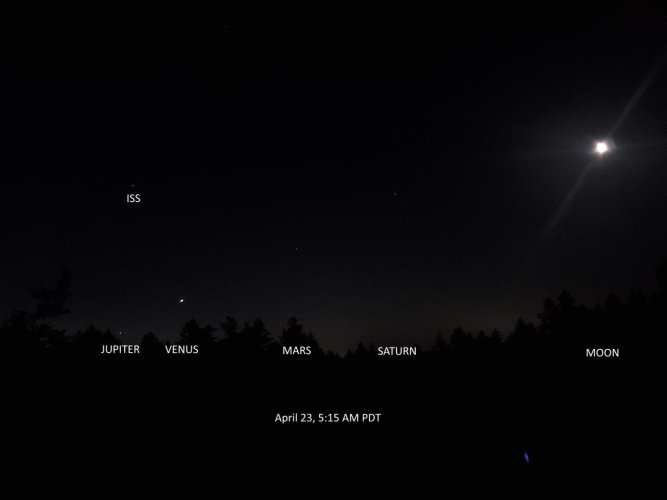 d'ranger said:
the more I watch the less I think I know.  Sign me curious and confused.
Click to expand...

Simply trying to comprehend what those people have figured out is next to impossible.

I get the impression that it requires being able to think in mathematics the way the rest of us think in words.