First topic I've ever started here and it's a bit tenuous.

Surprisingly no comments here about Barcelona as the front runner for AC37 as per the front page. I've never sailed there but damn it's a great city.

"The overnight news in the Spanish press that Malaga has failed to attract government funding might have thrown a lot of pundits off the scent. That city is out – but not that country.

A reliable source confirms that the front-runner for AC37 venue is Barcelona.

Meanwhile, there’s a lobby group formed in New Zealand trying to pressure the Government into upping their financial support so that the Cup can be defended on home waters. One of the “big names” who’s recorded a statement for “#KeepThe CupInNew Zealand” is none other than Sir Michael Fay, the arsehole who first destroyed the Cup with his giant rule-breaker in San Diego back in the late ‘80s.

Didn't Daltons letter confirm Malaga as being the "only Spanish bid"?

I am shocked, shocked to learn that people here haven't been giving the FP close attention.

Barcelona is the city in Spain least likely to shell out megabucks to attract yet more tourists. They already have far more than the locals want. One of many pieces on the same theme. https://christa-adams.medium.com/overtourism-is-killing-barcelona-57f0ca4042d4

I attended a conference there a couple of decades ago, before the influx really took off. I can understand why so many want to go there. It doesn't need the AC.

I bet the wind is decent there.

The ‘reliable source’ could be a self-interested Barcelona sailing booster. Have seen no ‘real’ news on that front yet.

Stingray~ said:
I bet the wind is decent there.
Click to expand...

Barcelona was also the sailing venue for the Olympic Games in 1992. The olympic harbor is a truly lovely place now, vibrant and very mediterranean.

Yes, I've been trying and failing to find an account of the wind during the Olympics or other regattas. "Variable" seems the best I can do.

because, if you look at the annual statistics, Barcelona has consistent breeze year 'round.

Rennmaus said:
Barcelona was also the sailing venue for the Olympic Games in 1992. The olympic harbor is a truly lovely place now, vibrant and very mediterranean.
Click to expand...

Thanks, yes it being the sailing venue at those Olympic Games is what gave me the idea the wind must be decent. Could be wrong!

Doesn't really follow. The whole event was in Barcelona, not just the sailing.

dogwatch said:
Doesn't really follow. The whole event was in Barcelona, not just the sailing.
Click to expand...

Right, but often the sailing venue is somewhere else. Was there any sailing in London during these Olympics?

Rennmaus said:
Was there any sailing in London during these Olympics?
Click to expand...

No. There's sailing on the Thames in west London but the river is very narrow. Further down it is wider but the tide roars through. There a tiny reservoir in north London with dinghy sailing but you couldn't put anything major on there.

There have been several Olympic sailing venues with crappy wind conditions.

dogwatch said:
There have been several Olympic sailing venues with crappy wind conditions.
Click to expand...

Barcelona was supposedly in the mix a while back, including most recently for holding prelims (presumably AC40/ACWS events) before going to Malaga for the Match. And the reason for this was presumably to curry favor with Central, to help encourage funding. Central has told Malaga they won't help fund improvements to the Port there, but maybe Barcelona is a fallback venue if they don't need improvements made? Still seems awfully late in the cycle if a fresh-start consideration in Barcelona is what's next..

Sailing is often miles away from the Olympic stadium.

Paris 2024 is going to be sailed at Marseilles.

Come to think of it, Tokyo, London, Beijing all had sailing elsewhere in recent times.

Barcelona definitely a legitimate sailing venue. just look at the marinas. filled with sailboats. why is this true, you ask? 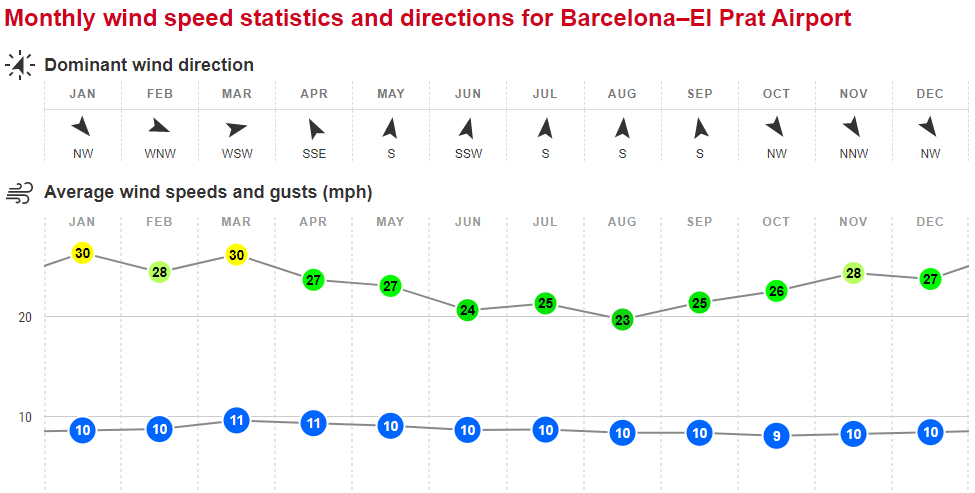 shebeen said:
Sailing is often miles away from the Olympic stadium.

Paris 2024 is going to be sailed at Marseilles.

Come to think of it, Tokyo, London, Beijing all had sailing elsewhere in recent times.
Click to expand...

True of Brazil too.