Burning Man said:
Speaking of Rwanda, I was having a discussion with SWMBO the other day about my focus on removing the labels and the hyphens in our society and trying to get everyone to just feel and believe they are American without having to differentiate and segregate themselves into African-'Murican, Asian-'Murican, Mexican-'Murican, etc.  She had just been to Rwanda back in early Feb for a Gorilla trek and while in Kigali, she spent at day at the Genocide museum.  She said it was an extremely powerful experience but the story of the reconciliation was also just as powerful and they emphasize that there as much as they do the atrocities that occured.

One of her big takeaways on how they achieved decent progress in their reconciliation in such a short time was the drive to attempt to remove all references of tribe from society as a discriminator.  Obviously, tribal animus is what kicked off the genocide in the first place with the majority Hutus kicking the shit out of the Tutsis.  She was told by several there that tribal affiliations are being deemphasized and instead they attempt to get people to think of themselves as Rwandans first and "tribe" or other classifications pushed further down the pecking order of identity.  Obviously, they still have a long way to go - but given that it was only a few years ago that nearly a million people were slaughtered at the hands of their neighbors - they are making amazing progress.  In the US, it's only been what 150 years since slavery ended and 40 years since the Civil Rights Movement and people cannot let go of it.  There is an entire industry in the US devoted to promoting identity politics and the politics of victimhood.  And it will not end until we stop thinking of everyone not in your "tribe" as the enemy.  Yet that is exactly what is being promoted and stuffed down our throats.  If a next door neighbor in Rwanda can "get over" their father being hacked to death and their mother raped back in the mid 90s - I'm betting we can figure out a way to get past something that happened 150 years ago to our Great, Great Great Great Grandparents.
Click to expand...

Do you disagree with the premise?

Dog said:
BLM is based on a lie, there is no evidence of systemic﻿﻿﻿﻿ targeting of blacks by police....
Click to expand...

You should have stopped at the word "of"....after that it is crystal clear your understanding of what BLM is based upon and it's journey to todate you are clueless to.

Were you in Alabama on the weekend?

Soros aged quickly he was 9 years old when WWII started

- Calling out fake claims can also help false claims sink into the collective consciousness so brain subconsciously uses that as an indication that it’s true. Trump the master at this.

- Quarter of Americans said they had shared a made-up news story.

- People are inclined to believe false news at least 20% of the time.

Time Mag - How Your Brain Tricks You Into Believing Fake News

Burning Man said:
If a next door neighbor﻿﻿﻿﻿ in Rwanda can "get over" their father being hacked to death and their mother raped back in the mid 90s - I'm betting we can figure out a way to get past something that happened 150﻿ ﻿years ago to our Great, Great Great Great Grandparents.
Click to expand...

Relatively short term. Civil War as an entree then ethnic majority obliterate a long term rascist powerful minority. That's obliterate as in three quarters. So your forgive ratio is 1:4 population if 100% forgive. Careful what you wish for.

Then perpetrators campaign to create an alternative "truth" with the West doing little. Then remarkably there is a national genocide denial law making that illegal. Then free speech advocates from the west try and hijack that.

So is it "denying genocide" or "denying free speech." That divisionism is still happening today 25 years later.

The US is closer than its ever been to having that "denying rascist history or denying free speech" conversation but that is not happening with current administration in Washington.

Gotcha ...my head was there but not site admin. Thanks.

Bus Driver said:
Of all the venues, they picked one in the precise location blacks were massacred on a massive scale.  That is either a demonstration of being completely oblivious or finger in the eye.  You can pretend it isn't what it is, but that is just you being you new dickish self.

You have an excuse for everything don’t you... My kids try pulling that crap too.


I hadn’t heard of Juneteenth till this week.  My family celebrates May 8th.

Dog said:
Yeah sure...It was a deliberate attempt to alienate black voters in the middle of a presidential campaign. If there was ill intent the wouldn't have changed the date. Fuck me...only the TDS afflicted could construe it a deliberate affront.
Click to expand...

You aren’t kidding there...

Burning Man said:
True.  Because nothing says "Happy Father's Day" like these headlines.

Five children were among the 14 people killed, including a 3-year-old boy and 13-year-old girl killed in separate shootings in Austin on Saturday.

Nobody cares about blacks being murdered every week in Chicago.  Never have. Never will.   It’s not a feel good issue - and no one has the balls to fix it.

BravoBravo said:
Bogie man argument  - (about infiltration of US security by the radial Reich)
Click to expand...

From today's news here is your "Bogie-man"

BravoBravo said:
Bogie man argument  - (about infiltration of US security by the radial Reich)
Click to expand...

From today's news here is your "Bogie-man"

Now the Reich is radial. Must be sponsored by Mazda. I'll have to check the Antifa website and see if they are listed as a donor.

After his name and his cause of death determined by autopsy.

that what you equate with the OP ?

jack_sparrow said:
You should have stopped at the word "of"....after that it is crystal clear your understanding of what BLM is based upon and it's journey to todate you are clueless to.

Were you in Alabama on the weekend?
Click to expand...

No BLM march for them... 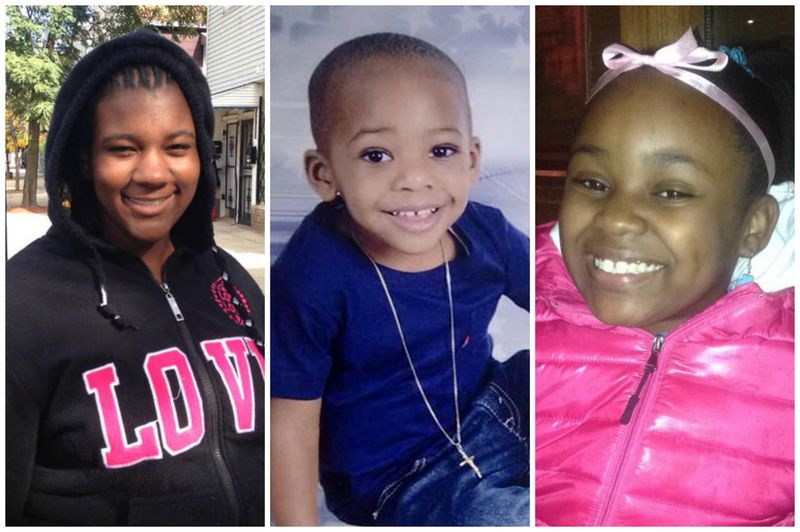