It seems the talk of Brexit has died down in the news, well at least in the US news.  So, for the Poms here - what's the real story?  Unmitigated disaster, better than expected, jury is still out?

My sense from talking to some of my Brit friends is very few of the dire anti-Brexit predictions came to pass.   But that's a small sample.  What's the real story there?

Probably had some to do with it - but the story I heard was the old protestant hardline message was just not resonating with the voters as much anymore.  Not sure what that has to do with the state of the UK's economic health, though.

So the populist (Russian backed) stupidity that was Brexit had to have shook the faith of even Belfast unionists.

Might have something to do with it (although it happened after the vote).

Head over to the brexit thread echo chamber, which for some reason is in Sailing Anarchy. I guess it is there because there is no 'Bad teeth' anarchy.

Jack Sparrow was right all along.

So the populist (Russian backed) stupidity that was Brexit had to have shook the faith of even Belfast unionists.

Might have something to do with it (although it happened after the vote).

I asked how was the UK doing NOW after the dust has settled on Brexit.  Not what the Irish thought about it in 2016.  RIF.  Just saying.

Burning Man said:
I asked how was the UK doing NOW after the dust has settled on Brexit.  Not what the Irish thought about it in 2016.  RIF.  Just saying.
Click to expand...

Looking like a united Ireland is going to be the largest fallout from Brexit, it is almost inevitable.


Humiliated by his party’s defeat, the DUP’s Sir Jeffrey Donaldson then went on to confirm that, as previously threatened, he would stop proceedings unless the British government abandoned the Northern Ireland Protocol, a hard-fought addendum to the treaty ending the U.K.’s EU membership.

Deeply contentious, the protocol is intended to preserve an open border between Northern Ireland and the Irish Republic — the single most emotive issue for both sides in the century-long quarrel — keeping the isolated British province within the EU single market for goods, while imports from England, Scotland and Wales are subject to checks at the ports of Belfast and Larne.
Click to expand...

Burning Man said:
I asked how was the UK doing NOW after the dust has settled on Brexit.  Not what the Irish thought about it in 2016.  RIF.  Just saying.
Click to expand...

which is in the UK, no? Northern Ireland was negatively affected by Brexit which they had voted heavily against. Now, not 2016, they are about to get fucked by the Tory 'improvement' to the Northern Ireland Protocol. One day they were in Europe and now they're an overseas colony of a rump Britain.

BTW, Northern Ireland is fucking dirt poor by comparison to Ireland Ireland. So Boris building his big beautiful wall, trade and otherwise, may shore up his English constituency but even the unionists are going to be pissed.

Thought anything about taking a few days of menstrual leave?

If you mean economical, not to bad, there is a new UK- EU trade agreement still in place. Makes a big difference. No tariffs on most products, but a lot of red tape to apply for that.
Caveat, UK side delayed now for years to control the border, afraid of costs to imports. So you can dodge the red tape in that direction.
Meanwhile it is up and running since day one on the EU side.

To really know the impact you have to wait a few years. Covid and extensions of implementing rules hide a lot.
Only the UK government knows it, and they can hide a lot.

One example just out, Financial Times; 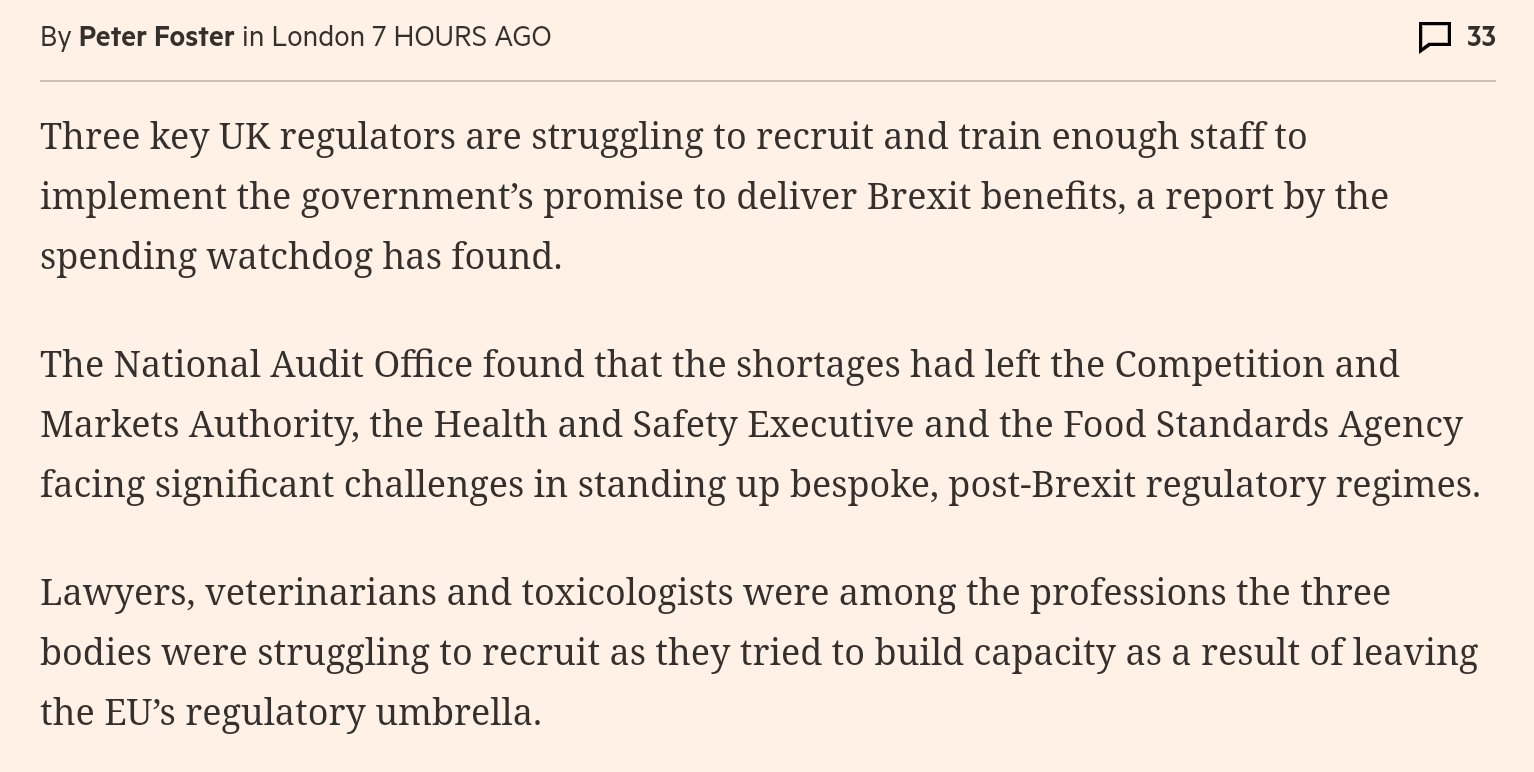 Brexit must be doing so swell. BoJo's dad just became a French citizen.

LB 15 said:
Head over to the brexit thread echo chamber, which for some reason is in Sailing Anarchy. I guess it is there because there is no 'Bad teeth' anarchy.
Click to expand...

It's adjacent to the 3rd Urkaine thread hidden in AC Anarchy so folks don't have to read senile very unfamous college prof silliness.

What smarter way for the younger Johnson (the one acting as Prime Muppet) to secure untaxed red wine deliveries?

Granted, it's not very subtle but it kind of matches his hair style.

On a visit to the Eurotunnel terminal at Folkestone, hi-vis gilet over his double-breasted suit, Rees-Mogg announced that the government was delaying yet again the imposition of post-Brexit border checks on imports from the EU. He asked the public to celebrate this decision, on the grounds that it would save £1bn a year and help hard-pressed consumers by avoiding an increase in the cost of imported food. Enforcing post-Brexit checks, said the minister, “would have been an act of self-harm”.

You read that right. Jacob Rees-Mogg, arch-leaver and longtime loather of the EU, is now parroting lines from the remain campaign. He is admitting that implementing Brexit in full, honouring the 2016 promise to take back control of Britain’s borders, would be “an act of self-harm”.

There’s plenty to attack here, starting with the nerve of hailing this move as “saving” Britons £1bn, when this was £1bn that Britons would never have had to spend at all if it hadn’t been for Brexit.

Yes that was particularly "special"

To most people, not including those in NI, Brexit pales into insignificance compared to the problems caused by covid, and now Ukraine. Both have caused economic dislocation, and are causing many more problems than Brexit. It will take many years before we see whether Brexit makes any difference for better or worse.

To answer the OP's question, I see Brexit as the slow derailment of a long, long freight train coming down a slope, and one by one tipping all the wagons into the ravine.  Lots of wagons are still on the rails, and some will survive if they fall off the other side, but many will follow their fellows into the abyss.

What is left of Great Britain will again become a small, irrelevant island nation, struggling to make trade deals with its estranged empire. But she is doomed, by the most hyaenous own goal in history, to return to her status in the 700s.  Not 1700s, but the first lot.

Brexiters saying poor UK economic numbers are due to covid and Ukraine despite lagging behind most of EU.

Sea warrior trolling the Brexit crowd in SA top forum thread, I even liked a couple posts of his there.