Noting Mick Jagger calling Brexit "a nightmare" in the Sunday Times, but of course Roger Daltrey was a big fan. Even in the demographic of sixties rock stars the split continues...

The Main Man said:
Yes that was particularly "special"
Click to expand...

And they are upping the game in the other direction too.

TRADE SCOOP: The U.K. is preparing to ditch checks on freight trucks leaving Britain with nothing in them, in a bid to ease headaches for exporters, POLITICO’s Emilio Casalicchio reports. Ministers hope the move will take effect from the start of July, on the assumption that tax office HM Revenue and Customs will sign off on it. Hauliers welcomed the news that the regulation, carried over from the EU after Brexit, will be ditched, with the government estimating that about a third of trucks that enter Britain filled with goods return with nothing.

And how will they know the trucks are empty if they don’t check them? Also: these trucks are leaving the U.K. empty. So… what exports are we talking about?
Why so many empty ? That was not the case before Brexit. And blame it on EU regulation, yeah, that shows knowledge how the world works...

Background story;
Post-Brexit Dover lorry queues are now so bad a charity specialising in earthquakes aid and helping war refugees has been drafted in to care for suffering drivers. RE:ACT Disaster Response has agreed a £180,000 six-month contract with Kent County Council to ease stuck truckers! 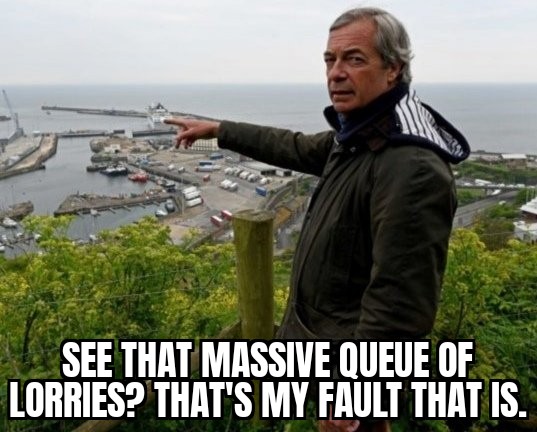 
Looking like a united Ireland is going to be the largest fallout from Brexit, it is almost inevitable.

I honestly don't see that as a bad thing.  I don't think N. Ireland much matters to GB much anymore.  Economically anyway.

LeoV said:
If you mean economical, not to bad,
Click to expand...

Yeah, I was primarily thinking economically.

Govt to lay legislation to overwrite parts of NI Protocol, in a row drawing in Dublin, Brussels, Washington DC Dublin read out of Coveney/Truss call:
This a “low point” that’ll break int law
“This legislation will create a whole new set of uncertainties damage relationships”

I wonder if a few years we will see NI part of Ireland and Scotland independent. Don't know what happens to Wales (or much care).

Dilligaf0220 said:
Looking like a united Ireland is going to be the largest fallout from Brexit, it is almost inevitable.


That would be interesting, might even be awesome. The chains of the British colonies fall one by one, but Northern Ireland? That would be the death knell to the cartographers.

Burning Man said:
I honestly don't see that as a bad thing. I don't think N. Ireland much matters to GB much anymore. Economically anyway.
Click to expand...

Their economy is growing faster than the rest of Britain, they can still trade with EU without the dilly-dally. I suspect it's important economically to them now, and the importance will grow. It seems unlikely that guys like Joris Bohnson and those who follow him won't put up a fight of the ages to the keep Northern Ireland chained into the family.

When I was a kid, I had a graphics job for a British investor, and in my stupidity, I assigned Northern Ireland the same color as the rest of Ireland rather than the C0M100Y100K0 that was the United Condom. My boss lost his shit, something along the lines of "now and forever."

P_Wop said:
To answer the OP's question, I see Brexit as the slow derailment of a long, long freight train coming down a slope, and one by one tipping all the wagons into the ravine. Lots of wagons are still on the rails, and some will survive if they fall off the other side, but many will follow their fellows into the abyss.

What is left of Great Britain will again become a small, irrelevant island nation, struggling to make trade deals with its estranged empire. But she is doomed, by the most hyaenous own goal in history, to return to her status in the 700s. Not 1700s, but the first lot.


George Orwell shared that opinion back before WWII in his book Road to Wigan Pier ...


“For in the last resort, the only important question is. Do you want the British Empire to hold together or do you want it to disintegrate? And at the bottom of his heart no Englishman, least of all the kind of person who is witty about Anglo-Indian colonels, does want it to disintegrate. For, apart from any other consideration, the high standard of life we enjoy in England depends upon our keeping a tight hold on the Empire, particularly the tropical portions of it such as India and Africa. Under the capitalist system, in order that England may live in comparative comfort, a hundred million Indians must live on the verge of starvation--an evil state of affairs, but you acquiesce in it every time you step into a taxi or eat a plate of strawberries and cream. The alternative is to throw the Empire overboard and reduce England to a cold and unimportant little island where we should all have to work very hard and live mainly on herrings and potatoes. That is the very last thing that any left-winger wants. Yet the left-winger continues to feel that he has no moral responsibility for imperialism. He is perfectly ready to accept the products of Empire and to save his soul by sneering at the people who hold the Empire together.”​

mikewof said:
That would be interesting, might even be awesome. The chains of the British colonies fall one by one, but Northern Ireland? That would be the death knell to the cartographers.
Click to expand...

Was busy catching up on Irish motorcycle road racing, and the Isle of Man TT.
After 2yrs, the rust was showing. 5 people died on track. Want to say every one was a tragedy. In the same breath as I am glad it still exists.

As others have said, its inevitable much like Scottish independence and LeoV still copying in any anti Brexit snippits in 20 years time.

No ones mentioned the employment figures across the EU and the UK, despite Brexit, Covid and now the Ukranian war the UK has record employment and rising wage levels despite the record immigration figures. Waynemarlow said:
No ones mentioned the employment figures across the EU and the UK, despite Brexit, Covid and now the Ukranian war the UK has record employment and rising wage levels despite the record immigration figures.
Click to expand...


is that because you lost a heap of gypsy travelers / roma ?

phill_nz said:
is that because you lost a heap of gypsy travelers / roma ?
Click to expand...

Nah, they are still here 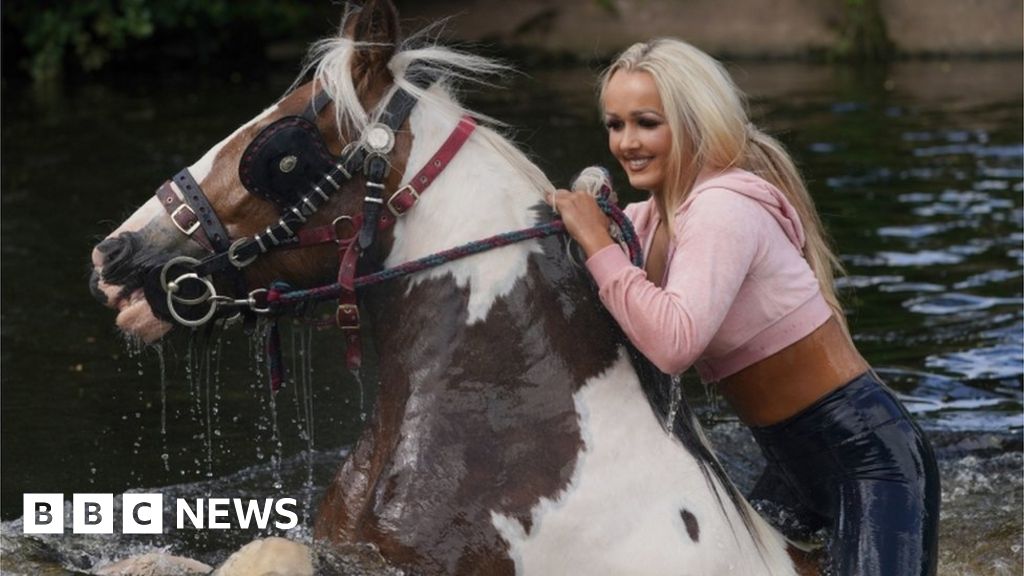 More than 30,000 people are expected to gather for the traditional Gypsy and traveller festival.
www.bbc.co.uk
L