In fact, as Paul Mason wrote this week “all six dials on the dashboard of the UK economy: inflation, investment, trade debt, sterling and the current account [are] flashing red”. For Truss, to proclaim, as she did this week, that her “belief is that Britain’s economic fundamentals are strong” shows precisely the Brexiter logic that ‘belief’ equates with truth. Indeed it’s only last month that she was boosterishly proclaiming that recession was “not inevitable”, despite Bank of England forecasts: yesterday, as interest rates rose to their highest level since 2008, it became clear that even as she spoke the economy was already in recession.

It would be equally unlikely for Paul Mason to write anything positive about the state of affairs under a Tory government as for Truss to say "sorry Britain, after 12 years of Conservative government, we are fucked". Propaganda all around.

It appears that the lunatics have taken over the asylum.

Is this democracy? Suffrage for the insane.

The Prime Minister is expected to review the shortage occupation list, designed to help migrants get work visas to fill vacancies in the UK

Whine's head will explode on hearing that those nasty cheap 'Europeans' will be asked to come back. Whether they will is a completely different kettle of (happy) fish

UK needs growth, lets cut taxes. So stupid they let growth slip out of their hands when they left the EU free trade market. And keep playing with a trade war with North Ireland situation.
But Brexiteers said financial hurt is worth it.
Cut taxes and austerity again, borrow with climbing interest rates, or steal. You pick.
H

Bloomberg - Are you a robot?
H

huey 2 said:
Bloomberg - Are you a robot?
Click to expand...

Ignoring the fact that the € is also at its lowest against the US$ since 2002.

Not that I am a Truss fan. Apparently a current City (of London) joke is to call her "Daggers", Dagenham Heathway being three stops past "Barking" on the District line.

Sterling has fallen against the Rouble.
T

Interesting report this morning on TV, Macron has announced very similar changes to tax to what the Truss has done.. Macron having the advantage of the euro being supported by Germany..
D

AnIdiot said:
Sterling has fallen against the Rouble.
Click to expand...


Rouble is also at its highest against the US$ since July.

The Q said:
Interesting report this morning on TV, Macron has announced very similar changes to tax to what the Truss has done.. Macron having the advantage of the euro being supported by Germany..
Click to expand... 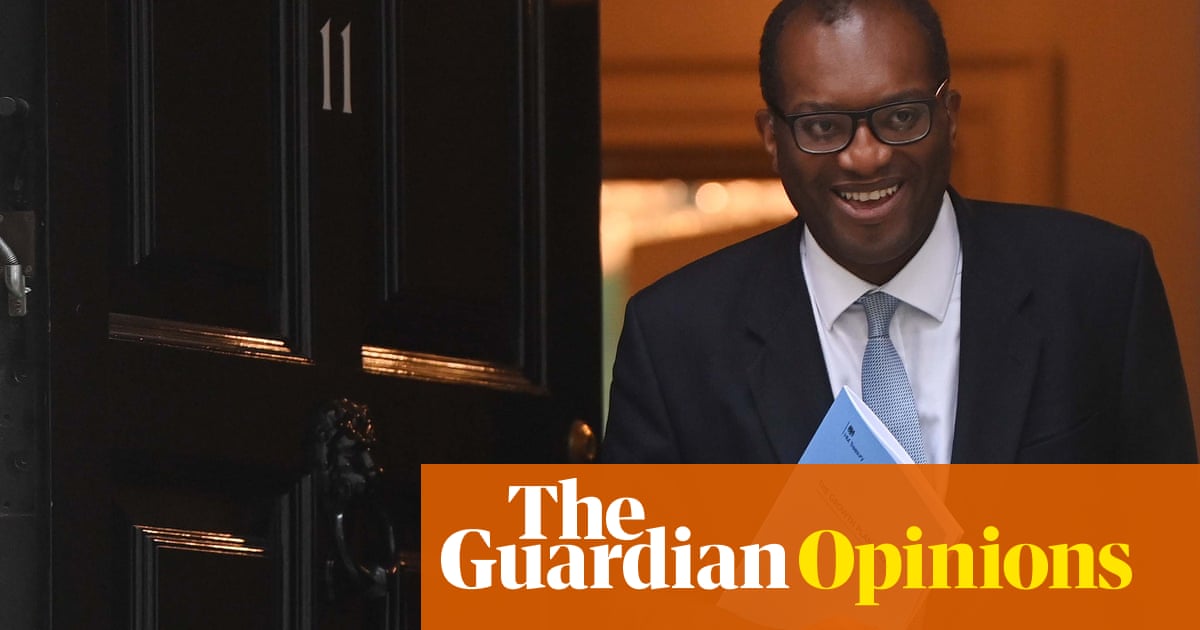 If you are poor, it’s time to ask yourself: have you thought of simply being rich? | Marina Hyde

Laser1 said:
Whine's head will explode on hearing that those nasty cheap 'Europeans' will be asked to come back. Whether they will is a completely different kettle of (happy) fish
Click to expand...

Oh come on Laser1, we have been through this so many times. Look at the facts, we have record immigration at the moment. If the Europeans don’t want to come back after returning home over the COVID period ( and why would they to be paid shit wages in shit jobs, many treated pretty badly in my view and a poor exchange rate making their own or other EU countries more attractive ) then there seems to an awful lot of the rest of the world who does still want to come to the U.K.

So one of the strongest economies in the world ( US ) has relatively high interest rates, self sufficient in gas and oil, is exporting as much gas as it wants gaining huge currency revenues, is priced in dollars and is munching all in sundries exchange rates. In comparison to the pound, one of smaller main currencies with lower interest rates, suffering from a panacea of hits, COVID, Putins war and now a self fulfilling failure to be self sufficient in energy due to the short sighted dreams of the green brigade and our useless elite being content to export our green issues to elsewhere in the world for purely political gaming, then do you really not expect the markets to take a punt and game the pound regardless of whoever was in power at the time.

One thing for sure though, we are not uniquely being taken to the cleaners by the city boys, as long as the US is in this position ( through largely circumstances rather than good financial management in my view ) there is going to be a lot of financial pain to an awful lot of countries and I would suspect that eventually the Euro with its huge debts, huge reliance on Russia for its cheap energy by its paymaster Germany, then at some stage the Hedgies must think that the Euro is not to big to fail.

Hey why hasn’t the U.K. some of the cheapest energy costs in the world, how proud were to talk up just how cheap our wind energy was last year and that 60% of our energy was now renewables. I guess that was down to some useless civil servant drawing up a contract that used gas prices to base the energy cost we mere mortals who have subsidised the renewables from day one, has to pay. No mention from Labour about this other than creating a British Energy company that probably by the time it’s created and up and running, will be 10 years out of date.

For what it’s worth, I’m of the belief that Kwasi had to go radical, we’ve already tried everything the money media are now wheeling out as the way forward, it hasn’t worked in the past, simply creating a need for ever higher and higher taxes. Look at Scotland’s record.
L

Spectator 31 August, Sunak seems to have been right so far. 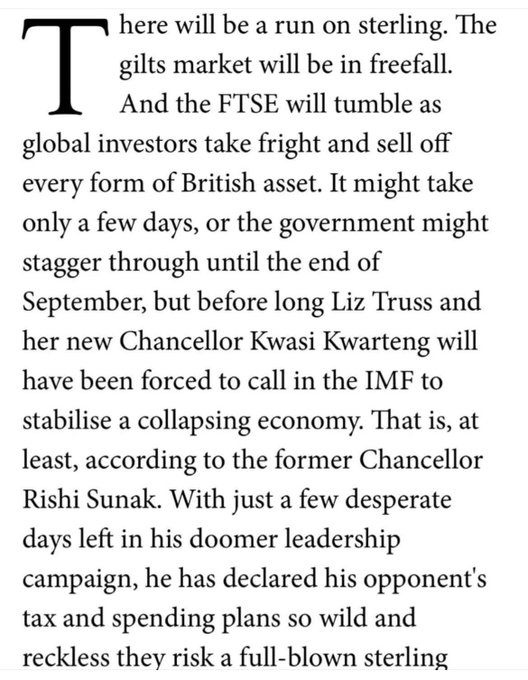 RIP trickle-down economics – even financial markets have given up