Albatros said:
word from my British neighbour, whose yacht stayed on the hard for more than one year as a combination of Corona and Brexit (some of it should be in purple font)

hey you dolt, have I got old news for you  "Omnium gallorum fortissimi Belgae sunt." , comes out of De Bello Gallico from a certain Julius Caesar, but then you an immigrant from the blank oppression area wouldn't know, just silly trolling as always and showing off the buffoon you are , ya nincompoop.

maybe we should start a poll "do we want to kick Wayne to the curb, as lately he feels far too much entitled, he's the real bully and thinks he can dictate what goes on here" ... but then no, that would lower us to your jurassic swamp level, so keep on denying the light of the sun and stock up on pork chops before they run out, ya dolt.

o, p.s., as your IQ level is not up to it, a translation reads like : of all people in Gallia the Belgians are the bravest ... little funny note to that, Rene Goscinny, the writer of the fabulous Asterix comics once admitted it was based on the Menapii, the Belgian coastal tribe, but since he was a frog he transposed it to somewhere in Brittany, probably way over you head but hah, gotcha, as always.
Click to expand...

Bit of a rant, all from a man who reads Asterix comics and thinks they are factual.

Waynemarlow said:
Bit of a rant, all from a man who reads Asterix comics and thinks they are factual.
Click to expand...

Damn, maybe the teacher was right after all. 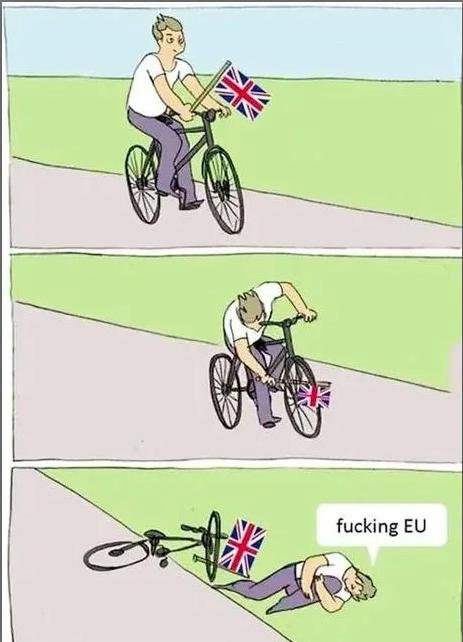 gewoon ik said:
they are not?

Damn, maybe the teacher was right after all.
Click to expand...

New Asterix book comes out on Thursday. Asterix and the Gryphon.

The panic buying of petrol and diesel is now just a distant memory. Not a single extra EU driver has arrived yet and only around 100 have applied.

French debt/gdp now exceeds that if Ireland and Portugal at the point they needed a bailout. Italy is close to Greek levels. The French have always loved bureaucracy (look at the paper work you have to complete for a regatta, every crew member must have a licence and a doctors letter !!!) and they use tax payers money to support a ginormous civil service. It's failed model. It can't survive. As a former asset manager the belief of many that governments just just keep borrowing and at low levels is naive in the extreme.

I'll say again the NI Protocol was very far from the finished article, it had many gaps which were supposed to be sorted out afterwards. The EU's approach to

implementation has proven unworkable and does not have the support of Unionists. Large parts of it have been suspended. As such it's dead. The EU knows this too which is why it is renegotiating it.

As for not honouring agreements some here would be well served to remember the Maastricht Treaty forbade bailouts, yet Greece, Ireland and Portugal received them. Illegally. They would be well served to recall that the Article 50 process required a country's exit discussions to include any future trading relationship. The EU refused to follow it's own legal process. They would also be well served to study the ECJ's treatment of Eleanor Sharpston who was fired and when she appealed moved the date if that appeal without telling her and decided in her absence that the appeal was denied. A Mickey Mouse court like no other. A farce.

I am so bored of blind propaganda...

LeoV you are deliberately missing the point of Brexit. We are free to make our own decisions, to tighten or relax rules as is appropriate for the UK. Changing cabotage as suits us all free of EU membership. Do

you follow US politics ? There is a big debate there about supply chain issues affecting  the Christmas trade. As I said before many examples of product shortages in the supermarket in Paris. Back here in Hamble the only shortage I could see in Supermarket was UK bottled water, I would guess as its a low margin product but heavy so a lot of HGV space for little profit hence not priortised

cms said:
I am so bored of blind propaganda...
Click to expand...

Personally I have 35 years experience in global business including trade finance. I have worked in US and Asia and always serviced a global client base. All that has opened my eyes to the tremendous opportunities available. The EU is in the slow lane and Brexit has allowed us to break away from this economic corpse and "get with the programme"

I wish you and the UK the best of luck. What Scotland's future is remains to be seen, so you may be able to add the Scots to the list of losers?

Jambalaya said:
The EU is in the slow lane and Brexit has allowed us to break away from this economic corpse and "get with the programme"
Click to expand...

Captain slow is still in demand :

To be fair Panoramix you are reliant on the tax dodging, off shore, left leaning anti Brexit news rag, the Guardian to back up your missives.


Do you read other news rags, search the internet for alternative views, even live in the U.K. to get day to day personal feedback, I guess not.

Al his words say is that he is blinded by hate.

Brexit promised frictionless trade, you have less trade due to friction. So it was not a lie if you fudge the words.

“Can the UK import enough Europeans fast enough to deal with all the problems Brexit has created?”
You’d need a heart of stone not to be laughing at this point.

LeoV said:
Al his words say is that he is blinded by hate.
Click to expand...

LeoV, you are sounding more and more exteme like Angela Raynor.

Waynemarlow said:
To be fair Panoramix you are reliant on the tax dodging, off shore, left leaning anti Brexit news rag, the Guardian to back up your missives.


Do you read other news rags, search the internet for alternative views, even live in the U.K. to get day to day personal feedback, I guess not.
Click to expand...

All the right leaning papers are behind a paywall so I can't link them but the links above are factual so should be easy to disprove if wrong.

But you can't as it is accurate that the UK needs EU employees/firms despite all the bravado.

@PanoramixThe Guardian is Remainer clickbait central, the most amusing thing is the paper is funded by a large tax avoiding offshore trust as @Waynemarlowhas pointed out

Upon further investigation it is now clear that the leak around the HGV driver shortage and fuel was deliberately engineered by politically motivated remainers at Haulage Association, they delivered remarks to government and then leaked them. There is no fuel shortage, the panic buying has stopped

It is quite comical how people are trying to interpret changes in trade figures as being due to Brexit. Trade was declining between UK/EU before Brexit and the pandemic has had a far greater impact than Brexit which is largely an irrelevance. During pandemic people could not travel freely so even with approval for work many chose to stay home, ie local. We are won't yet out of the woods wrt Covid so people are not travelling for work.

Panoramix said:
All the right leaning papers are behind a paywall
Click to expand...

Some are even turning against BJ.
Interesting is that you can say that almost all fruit and veggies picked by hand in the UK came from Non UK hands.
Now from Russians and Ukraine, presumably Donbass, as they are in a war. Which are refused visa by the EU.
Funny no one picks that up.

Panoramix said:
But you can't as it is accurate that the UK needs EU employees/firms despite all the bravado.
Click to expand...

Ah but so does France and all the other EU countries that import all their labour from the former Ruski countries. Look at Germany at the moment, the powerhouse and bank of the EU.

We have an advantage, if we so desire and want foreign employees, we are not bound by EU employment laws, we can go anywhere in the world, unlike the likes of France who are bound to employ EU citizens.

At the end of the day, the rich EU countries are going to run out of cheap EU employees much like a Ponzi scheme. As the poorer countries economies kick off as Poland is doing so as we speak, they too will need workers to fill the places their own citizens will not fill. What will the EU do, admit more European countries diluting even further the wealth of the richer countries.

LeoV said:
Interesting is that you can say that almost all fruit and veggies picked by hand in the UK came from Non UK hands.
Click to expand...

LeoV, this is not new, remember what was it two years ago, Jack and I were having a discussion on mechanical Asparagus pickers and my taking flack for saying that the UK agricultural business's were addicted to cheap labour rather than invest in mechanisation, as it was more economical to pay low wages.

Well it might just look like they now are going to have to invest to survive, which if we look at outside of the EU at say New Zealand, where they have tooled up when they were almost bankrupted by the UK's entry into the EEC, they are now one of the most efficient food producers in the world.

In some ways this Covid accelerated labour shock will put us in a good place, forcing the investment of mechanisation, leaving us ahead of the likes of the EU, who will be still dependent on moving labour to the work place, which is wrong on so many moral and ethical levels, let alone economics.

The pot calling the kettle about the cheap workforce.

I remember the stats of aussie vineyard and wine industry versus Europe based on man/hectare, it was almost 1000:1

There is a reason aussie wine imports to the uk are greater then all others added together
( maybe no grapes in aussie wine?)