Pertinacious Tom said:
Mostly suicides and our suicide rate is similar to yours.

Which can only lead one to conclude that the USA has generally better mental health but the firearms drag our suicide rate up to be like yours. Or maybe gun laws don't have a damn thing to do with suicide rates, as the many countries with strict gun laws and high suicide rates show.
Click to expand...

Not according to this: https://www.ncbi.nlm.nih.gov/pmc/articles/PMC7192495/.  Looks like Canada's suicide rate is 20-30% lower.  The paper suggests reduction in availability of firearms to a level similar to Canada might result in the US rate being 25-30% lower.

Well, somebody still has guns. This happened six hours ago, a few blocks from where we live. Two suspects dead, six cops in hospital.

Unlike the cops in Texas, these guys weren't hanging back.

Looks like this was a little more organized than, simple drug addicts,
Balaklava's, body armor, bulletproof vests, high-power assault rifles.
Car with explosives in it.

It will be interesting to see who these guys were, and what happened to the 3rd guy?

It will be interesting to see who these guys were, and what happened to the 3rd guy?
Click to expand...

The third guy was a rumour.

,, the pharmacy should have put up a sternly worded sign ,, , , it would never even have happened . 
Imma guess he wants to parade his lack of math & critical thinking skills.


That's not a parade, it's a merry-go-round.

...
Four more people are in hospital after a shooting at an unsanctioned car rally in Scarborough near McCowan Road and Milner Avenue around 9 p.m.
...
Click to expand...


How's the program to round up the battlefield .22's of those responsible going?

How's the program to round up the battlefield .22's of those responsible going?
Click to expand...

Here's a video of the freedumb of firearms you unrelentingly support.

Pertinacious Tom said:
How's the program to round up the battlefield .22's of those responsible going?
Click to expand...

Not sure about the buyback program progress. You can read the press release about other efforts. Regulations are planned for Fall 2022.

Some highlights:
In addition to this new legislation, the Government of Canada will require long-gun magazines to be permanently altered so they can never hold more than five rounds and will ban the sale and transfer of large capacity magazines under the Criminal Code

OTTAWA -
The federal government is proposing $1,337 in compensation for turning in an AR-15 rifle under a mandatory buyback program. Public Safety Canada has released a price list detailing how much money owners of banned firearms can expect to get under the program. At the higher end of the scale, forfeiting a Swiss Arms SG550 could net an owner $6,209.
Click to expand...

The takings program was announced over two years ago.


A separate compensation model for businesses that participate in the buyback program is being developed.


An amnesty is in place until Oct. 30, 2023, to protect lawful owners of the now-prohibited firearms from criminal liability while they take steps to comply with the law.
Click to expand...

And those gun owners may continue endangering Canadians until at least October of next year, assuming that isn't pushed back further.

Assuming, as grabbers do, that those gun owners are really endangering Canadians, it would seem to me that more urgency could be applied.

Our grabbers are more convincing, declaring the dangerous property a public nuisance and not offering any compensation at all in our ongoing confiscation programs.

It's hard to stop the march of progress, even if Covid got in the way. We'll get there Tom, don't worry.

The Canadian government will ban the import of handguns into the country, officials said Friday, the latest in a series of gun-control measures to be implemented under Liberal Prime Minister Justin Trudeau.
Are you on Telegram? Subscribe to our channel for the latest updates on Russia's war in Ukraine.
The move, announced by Public Safety Minister Marco Mendicino and Foreign Minister Mélanie Joly, follows a bill introduced by the government in May to implement a “national freeze” on buying, importing, selling and transferring handguns.

The regulatory measure announced Friday allows the government to impose that freeze without waiting for Parliament, which is on a summer break until September, to pass that legislation. It’s expected to come into effect in two weeks, reducing the window for gun stores to amass merchandise.

Because the great majority of handguns in Canada are imported, Mendicino and Joly said, it effectively caps the number of such weapons already in the country at the current level without banning them outright.
Click to expand...


Gifted link so anyone can read it:
https://wapo.st/3Jy8jOU

Zonker said:
I am talking about criminals here in Canada. Rich or poor. Poor criminals won't be able to afford black market guns.

Canada banning handguns has nothing to do with US gun rights. Unless you're worried about us setting a bad example.
Click to expand...

Oh. Gotcha. Not sure why that was in a thread about our second amendment then.

There is a thread about Canada's ban on battlefield .22's and other weapons of war.

So far, you don't seem to be setting any example to speak of. Or have the confiscations started and I didn't notice?

I think attempting to disarm a bunch of people who never committed a crime and are unlikely to ever do so is a bad example. I expect you'll get about the cooperation that "you must like murderers so you have to give up your property" usually gets, and deserves.


I am truely hoping that someone can show me this is some kind of joke. Toronto police have set up a Twitter page showing all the guns they have taken off the streets. But the 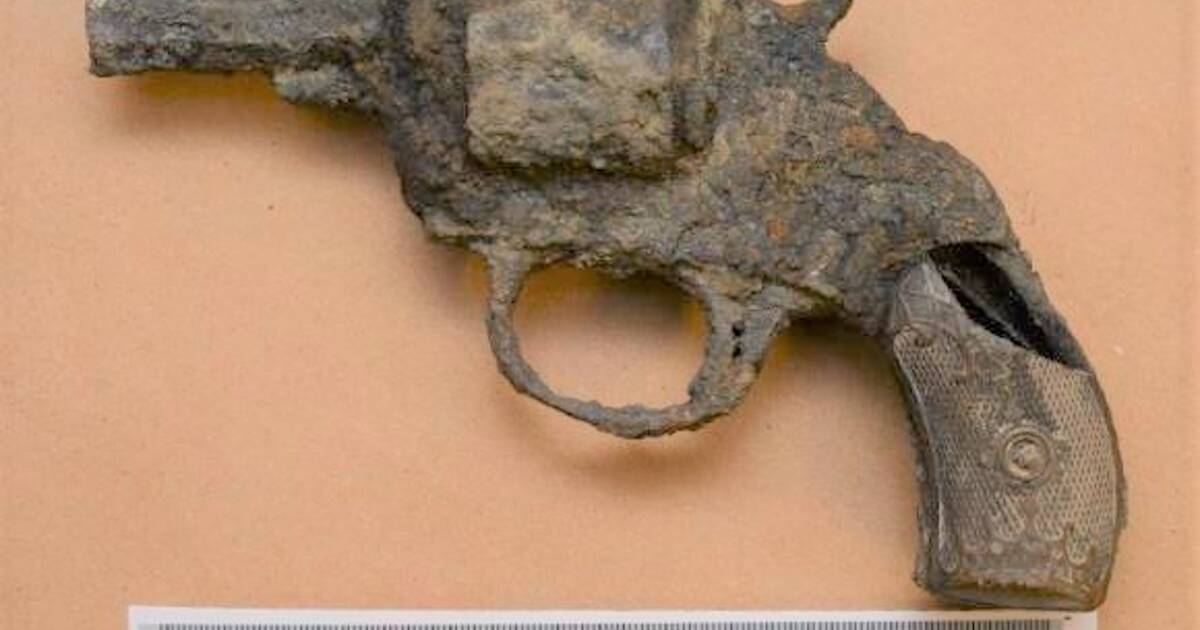 Toronto cops confiscate a lot of guns each year - almost 700 in 2020 - but their newest seizure seems to have lived a precarious life. Posted by th...

They really did a great job of camouflage on that Beretta .22 semi-automatic.

I was shocked to find this.

'(It's) overreach into the lives of law-abiding firearms owners ... this is politically motivated confiscation, pure and simple,' said Shandro
Click to expand... 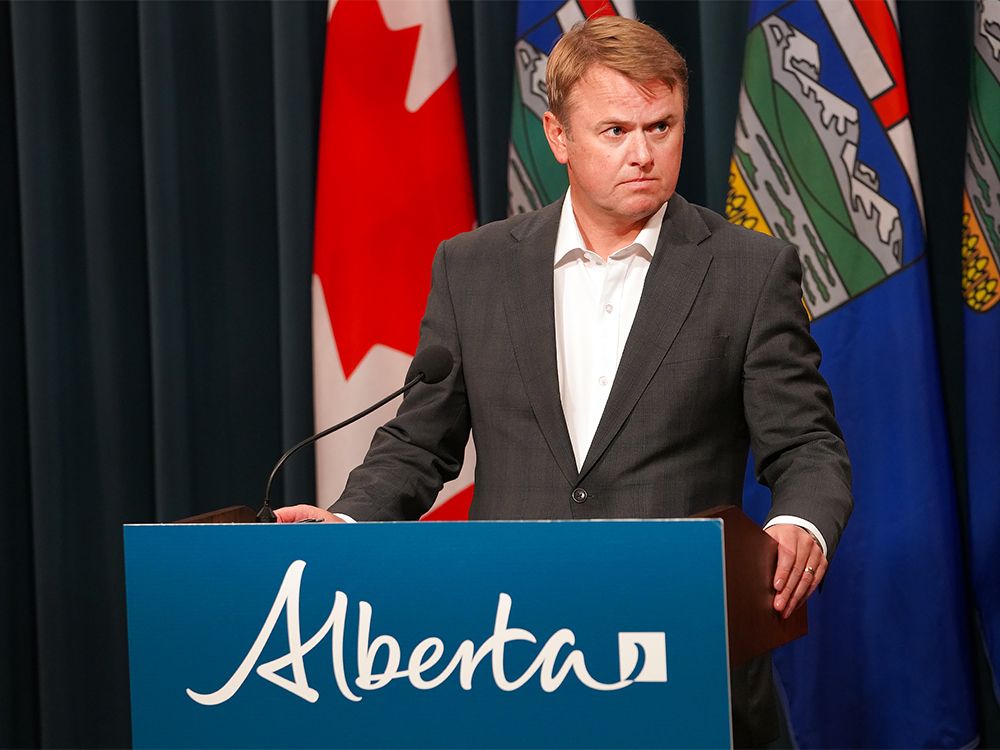 The Alberta government is vowing to disarm the federal government's bid to seize assault-style firearms.


The Justice Minister is saying the _same_ things we Nutters here have been talking about.

I was shocked to find this.

The Alberta government is vowing to disarm the federal government's bid to seize assault-style firearms.


The Justice Minister is saying the _same_ things we Nutters here have been talking about.
Click to expand...