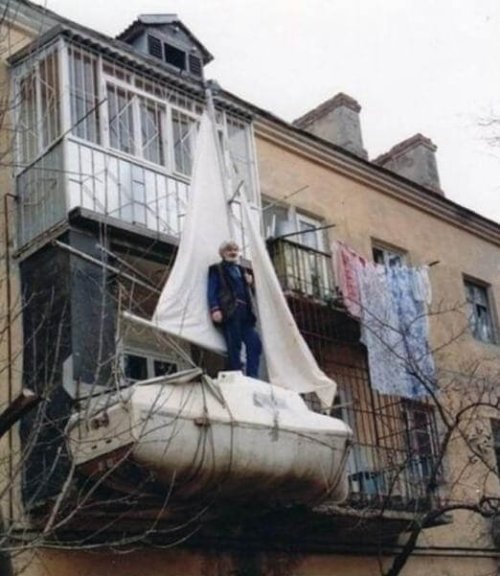 For his feat, 62-year-old Gvozdev becomes... no, not an all-Russian celebrity, but only an honorary citizen of Makhachkala. It would seem that he is left to retire and write his memoirs, resting on his scarce, but still laurels. But the call of the Sea is stronger.

DOES NOT PASS AND THREE YEARS AS EVGENY ALEKSANDROVICH AGAIN GOES ON A ROUND-THE-WORLD TRIP. THIS TIME ON A BOAT MADE BY THE HANDS, ON A BALCONY OF USUAL CITY THREE FLOORS.
Click to expand...