catamarans with all accomondations on the bridgedeck - reusing ex racers/daycharter

Vitalia 2 (ex Orange) had a pod installed. I’ve heard that she can no longer fly a hull.. not that you would want to in a ‘cruising‘ cat. I'd be really interested in the weight study for that addition. In the first iteration (non stop RTW) there had to be a lot of weight in food/sails/spares/etc to support all the crew & the boat.
I'm sure it could still fly a hull.

longy said:
I'm sure it could still fly a hull.
Click to expand...

They may have shortened the rig?

it’s not just about weight…. Thanks to all of you who provided Cabell/Quigg pictures. How about Mickey Munoz , cat pictures?
J

Here is a 10m design abeit one that hasn't been built. Some similarity to Green Flash perhaps. Toilet and bedroom starboard hull, galley and sitting area port hull. Demountable with a system of wedges rather than bolts to join cross beams to hulls. Swing keels. The folding shelter in the middle would slide forward on rails for standing at the wheel or back for sitting at helm with better weather protection, or fold away altogether. Lower part of hulls strip planked, the rest plywood or could ideally be all foam sandwich with mainly flat panels. At one point I had a finite element analysis for the structure which showed up, amongst other things, the need for extra reinforcement around the main openings into the hulls due to torsion load in a 'lee bow bury' scenario.

"Racing catamaran from 1987, this Formula 40' (archi-
tecte Nigel Irens) was skippered by Pierre Le Maout and
Yves Parlier as Data General. It is then
sold to others and used differently. After having taken
lightning, it was put aside and dismantled in Sète in 2010.
Since 2015, Anne has been working on MangeNuage to
make a show sailboat: 5 years of major works, in-
innovation and creation in close collaboration with
architect Denis Kergomard. Catamaran-Scene, struc-
swinging trapeze rig, one of a kind rig:
nothing is ordinary on board."

A bit rough but could be interesting to ask them about sailing capabilities now (but I forgot sail plan switch).. If loading is a problem why not modify transom for a higher waterline (without excess of-course..) ? 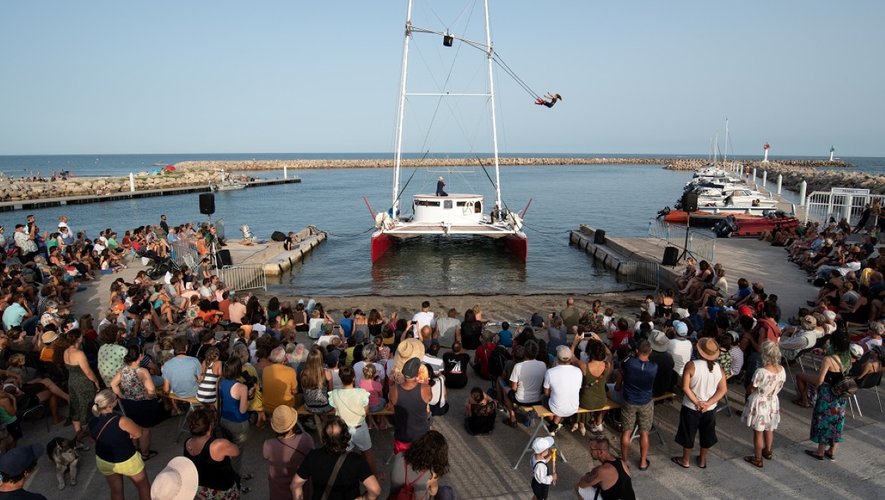