Hell-Bent said:
ProaSailor, I didn't embed the video because I was posting from the mobile site and it wouldn't embed a video link from the YouTube app, not because I couldn't be bothered...
Click to expand...

Works for me. (from my phone)

munt said:
Any quantum physicists want to explain gravity in a way that a cro-magnon such as myself could comprehend. My math ability is "single digit addition" max!
Click to expand...


I thought I understood it. Y'know, "ring around the rosie, pocketfull of posies, ashes, ashes, we all fall DOWN"...but then I saw this on YouTube...

I only posed the question to see if someone would make an attempt, knowing that even the minute percentage of humanity that understands quantum physics is still unable to fully explain it. Even if they could explain it to one another it would be gibberish to me, as with most physics the explanation offered to us lowly laymen is only a vague description of how it appears to work since we don't speak nor understand the math/science. I think it was Feynman who talked about how explaining magnets to a normal person was really a bunch of fairy tales designed to placate their primitive curiosity.

munt said:
I only posed the question to see if someone would make an attempt, knowing that even the minute percentage of humanity that understands quantum physics is still unable to fully explain it. Even if they could explain it to one another it would be gibberish to me, as with most physics the explanation offered to us lowly laymen is only a vague description of how it appears to work since we don't speak nor understand the math/science. I think it was Feynman who talked about how explaining magnets to a normal person was really a bunch of fairy tales designed to placate their primitive curiosity.
Click to expand...

Richard F. was a curious guy. He ferried ants to sugar and back just for fun as a child. A legend whose light never reached outside of the bushel of the Manhatten project. Isn't he the guy who, at the investigation into the Shuttle explosion, plunked the infamous "O" ring for the boosters into ice water to show how brittle they got despite all the calculations showing it didn't matter?
M

He actually had a very prolific career. 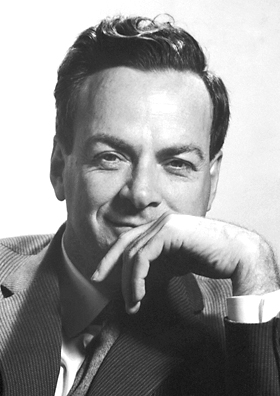 But yeah, besides winning a Nobel Prize and several unique achievements in math and physics as well as teaching he never amounted to much.

CP33 with corrected support posts and the canting daggerboard. I think it has to swing further, but I like the idea more every day. I also did a lineup with all three of my Sidecar-inspired designs. All three of the different rigs discussed when I was in Tas have been represented here. Mono on the 22, overlapping schooner on the 33, and bi-plane on the 55. The 22, which I haven't introduced on here yet, is designed to be built in simple and cheap stitch and glue in three 7'4" sections for the vaka and two 7' sections for the ama, with only a single scarf joint on the short aka deck being required. It telescopes down to 7'9" for legal trailering without a permit. With regard to the 22, if you have a flat deck, you can put a semi circular track on it to take the mainsail boom tack direct, which means a lot less load on the pivot and you don’t need the strut vang to leeward, which in such a small low freeboard boat, could drag in the water? And you might want to crank the boom clew end up, as you have in the middle sized design, for the same reason.

I thought about doing both of those things, and I probably will use the track in the end and maybe the bent boom. I wanted to test how easily I could make the strut assembly before I applied it to the 33. Given how often the boat will be flying the ama, the fittings dragging in the water was a concern.

Hell-Bent said:
Given how often the boat will be flying the ama, the fittings dragging in the water was a concern.
Click to expand...

If the end of your boom drags in the water before your "leeward pod" (such as it is), you have more to worry about than wet fittings.

My calcs for a 21 meter design (10 tons loaded displacement) show:
And my mast/boom are further to windward so the boom end won't drag in the water. Especially for Hell-Bent‘s 22ft beach proa, as the vaka is so narrow and close to the water.

Not particularly worried about the larger designs. With the boom at right angles to the hulls, Sidecar’s boom end would hit the water at ~ 25 degrees heel. The boom and strut vang are well off the water, and by the time the boom would finally drag, the wind shadow on the mainsail is significant, a lot more than a mainsail on the centreline or to windward on other proas.

And I almost made a fool of myself by sliding down the aka from where I was sitting and filming it...
C

Seacart 30, vacuum bagged, autoclaved carbon composite has a Base Speed of ~ 13.0 knots white sails only.

Sidecar (31) carvel plank timber, home built under a verandah has a Base Speed of ~ 11.4 knots white sails only.

Base Speeds are all for single handed. Could you singlehand sail a Seacart, off docks, off moorings or anchor? Happy to bet not as easily as Sidecar even if you could. Space and liveability down below? Sidecar wins hands down.

As it happens they are also both the same overall weight. Vacuum bag and autoclave a Sidecar in carbon composite and you have two choices:

A) Save the weight, say 300 kg, and keep everything else the same: Base Speed: 12.3 knots.
B) Keep it the same weight and rig, make the main hull longer (say 12m): Base Speed: 12.8 knots. Put another 2m2 sail on it (ie 5% extra) and Base Speed is 13.1 knots. Shit hits the fan, would you rather be in a 30ft boat with a huge tall rig or a 40 ft boat with a tiny short rig by comparison? Never mind the extra windage in the windward dihedral ama and crossbeams on the Seacart.

So for ~ 88% of Seacart speed (arguably more, because Base Speed doesn’t account for the additional windage and pitching) and a small fraction of the cost, a more easily handled boat with a more liveable/usable interior, which one offers the better value for money? Proas aren’t “faster”, just potentially more efficient for a given amount of resources than other boats.

Pay your money and make your choice.

Plus I often have to do a fair amount of tacking in gusty, shifty conditions in and/or out of the Sound, which is fairly narrow but thankfully currentless, which is why I have the rig that I have. And it is cheaper than a “conventional” rig In any case.
Click to expand...


Sorry, I missed a lot of this thread, but are you saying that Sidecar is 88% of the all-round speed of a Seacart? I can't find any racing results for Sidecar, so can I ask when she has gone up against a boat that is comparable to a Seacart?

Proas are great and Sidecar looks very interesting so this is merely a request for information because I'm interested in getting objective information on different designs.

^^^^ Theoretically, that is what Base Speed and (my own trial) OMR is suggesting, subject to the caveats mentioned upthread and sailing in a straight line. And it has significantly less windage and pitching moment, which is not factored into either.

Sidecar has never raced, and is unlikely to ever race against against a decent multihull fleet. It hasn’t been race tuned or prepared, still has lots of untested/tried potential, has no downwind sails to speak of, and would clearly lose out in a tacking and/or gibing duel. Shunting, no matter how efficient, can never be faster than tacking or gybing. That said, Sidecar with 3 crew and well practiced technique, would surprise many shunting.

If you want to race, get a Seacart, or an F85SR or F31SR. If OMR or any other rating rule would include a reasonable/equitable “shunt factor”, it might be worthwhile considering racing a proa. There are lots of things I could do to Sidecar to be “race” faster than its current basic state.

Quite simply, Sidecar is the same weight home built in wood and ordinary glass and slightly longer than a Seacart is in vacuumed autoclaved carbon fibre high tech sandwich. It’s carbon mast is half the weight of a Seacart’s mast and its entire rig is significantly smaller and simpler. That all ends up being money saved, for a boat that has to be easier to handle and sail singlehanded, with more comfort and space below. You could get a professionally built brand new improved Sidecar (in wood) for less than the price of a Seacart second hand. Same level of sails and electronics. Last Seacart 30 I saw up for sale was $160,000 USD. Carbo Credit, an all carbon F31SR was up for sale years ago for $190,000 AUD. Alternatively, if you could afford to buy a new Seacart 30, you could easily have a proa built sufficiently larger to be significantly faster for the same money.

I don’t sell plans or build boats for others, nor am I interested in doing so, but happy to give you my personal amateur ideas or comments on any proa design you have in mind, pro bono. I would love to get proa design, explained rationally and out into the open. Huge developments and evolution have happened in every other sphere of sailing, but not so it seems in the proa world.
M

Worrying about multihull ratings is pretty irrelevant at this point, the few fleets worldwide work out their ratings and go out for fun, everyone aware that no rating system will be perfect for such dissimilar boats. Well-designed proas have proven their speed and ability often enough by now.

I really like the Sidecar designs - but if you get one buildt to the same price of a used Seacart 30 - and later try to sell it - the cost will show - you would lose a lot money. The SC30 would hold its value very good. And a small trimaran with self-tacking jib - nothing is easier to sail. To max the potential need some serious skills - as i would for the proas.

Not shunting, but gently rounding up:

Apologies, video is too big. I will post again when it is sorted…..

Has any proa put a lifting foil on the outside of the short side? I know you don't normally heel enough to have it be useful, but since proa folks tend to try stuff "normal" people wouldn't...

MultiThom said:
Has any proa put a lifting foil on the outside of the short side? I know you don't normally heel enough to have it be useful, but since proa folks tend to try stuff "normal" people wouldn't...
Click to expand...