Kayaking after a hurricane with no PFD's?? Darwin was thwarted again!!!
.

billy backstay said:
Kayaking after a hurricane with no PFD's Brains?? Darwin was thwarted again!!!
.
Click to expand... 
GULFPORT, Fla. (WFLA) — Two Pinellas County kayakers who were reported missing after getting swept up in a current following Hurricane Ian have been charged with burglary.​
​
News Channel 8 spoke with a third kayaker on Sept. 29 as he awaited his friends’ return. Gulfport Fire Rescue said a Coast Guard helicopter located the pair on a sailboat anchored in Boca Ciega Bay and first responders were getting ready to ride out to rescue them.​
​
In an arrest affidavit filed Wednesday, Gulfport police said the two kayakers did not respond to the rescue attempt. Police tried to make contact with Austin Allison, 25, who they said was initially standing on the deck of the sailboat, but went below with Jeffery Thompson Jr., 30, as police approached.​
​
Gulfport police said they searched numerous other vessels as well, but did not find anyone in need of rescue.​
​
The sailboat’s owner reported that the interior of the boat was ‘trashed’, with drawers open and items strewn around the cabin. Police said two nearly-empty bottles of Fireball liquor were found inside, as well as a knife stuck into damaged wood cabinetry.​
​
Police arrested Thompson on Wednesday and Allison on Thursday. They were both charged with burglary of an unoccupied structure.​
Video link: 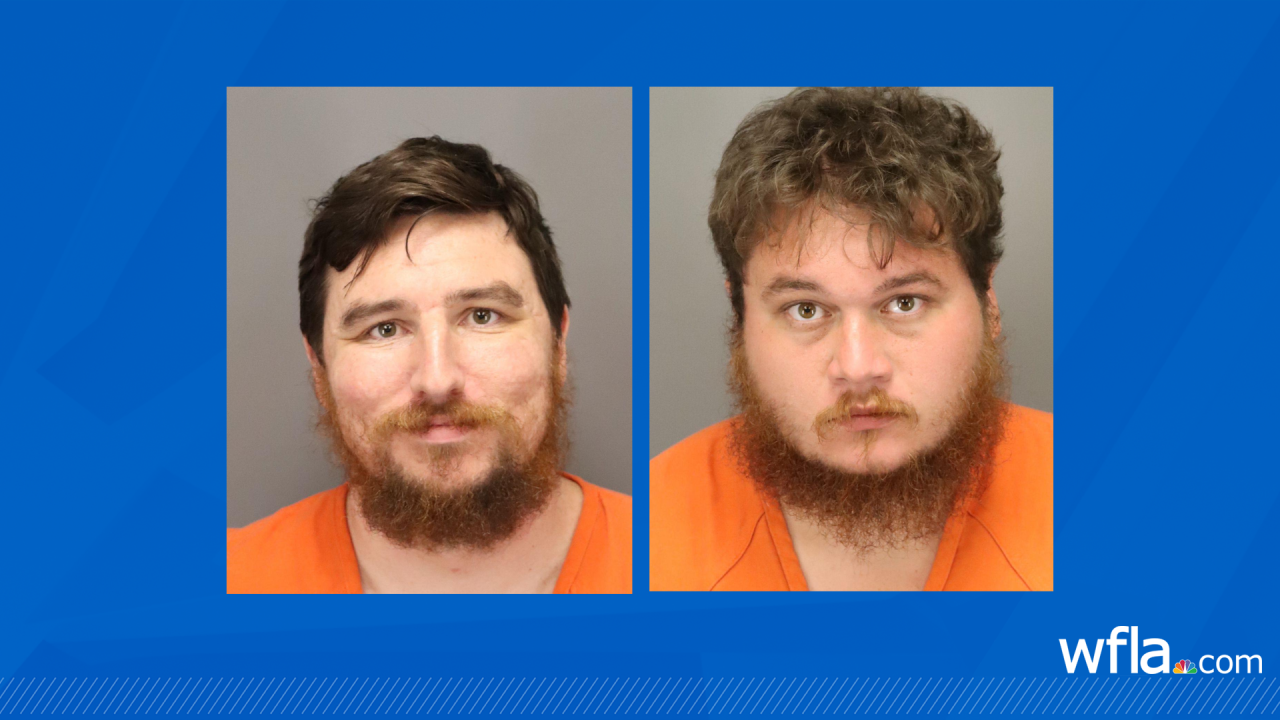 Two Pinellas County kayakers who were reported missing after getting swept up in a current following Hurricane Ian have been charged with burglary.

I spent probably the scariest night of my life during a hurricane on St John in a guest cottage on shore at my home anchorage harbor, Great Cruz Bay. I was still injured from getting my knee dislocated on my boat in a hurricane that was only 10 days earlier. That was pretty scary too but at least I didn't have to worry about the roof getting blown off as what nearly happened in the cottage. That night in the cottage I kept wondering how bad it was out on my boat just across the bay. Things looked pretty good out on the boat but the storm swells were just starting to build and roll around the point into the crowded anchorage. Dark came on and things went downhill at the cottage pretty quickly.

I'll finish that story another time, but what I was reminded of by the rude boys boarding the boat from their stupid kayak adventure, was limping down to the beach to try and get out to my boat after the storm the next morning. From the shattered cottage I was amazed to see my boat riding well to what was left of the storm. A trawler yacht had dragged down until its stern was right on my bow and occasionally my anchor roller would hit his varnished transom and aft railings. The owner had come by and picked my up in his Jeep and we drove to the dinghy landing to see what we could do. He was a professional diver and had fins and snorkel and intended to swim out and board his boat and take up on his tackle to keep the boats apart. As we walked by the big beach resort pool and bar I looked just past to see a couple of guys dragging my 6 man hard cannister life raft which had been washed off of my boat by hurricane seas breaking over the whole length of the boat. They were turning it over trying to figure out just what it was (hotel guests!) and when they got it right side up and saw it labeled as a life raft the idiots were saying to each other, "lets go throw it into the pool!!!"

I started yelling at them to leave it alone but at my painful pace walking on my busted knee in the sand they got to the closest part of the pool ready to chuck it in. I had my VHF handheld and started a frantic PAN-PAN-PAN alerting anyone (hopefully USCG too) that there were active looters on the beach. The cannsiter must have been full of water because they could not pick it up so they unravelled the inflation lanyard that was still somehow duck taped in a coil on the cannister. I yelled time and time again DO NOT PULL THAT LINE but the bastards waited I was just a few yards away and then looked me in the eye and gave it a yank and the thing inflated much to their joy! I was livid and was going for their throats but the diver kept me away from them. I'm not sure how much butt kicking I could against those two Bubba's with only one good leg but hotel security showed up armed and told me to calm down. I worked for the resort at the time and knew the guards and hoped they would intervene on my behalf but I guess fucking with hotel guests scared them more than I did...

By now the Bubba's had pulled all the emergency kits out and were eating the granola bars and drinking the water! The opened every shrink and vacuum packed item and even had the knife and flares kit opened. One guy was waving the rescue knife at me everytime I made a move towards him. I started yelling and cussing at them again and the biggest guy smirked and gave me the old 'finder's keepers' BS and told me it was fair game as legitimate salvage! I asked my diver buddy, "Say, what was the frequency those National Guard troops told us to use to call them if we saw any looting?" He gave me a puzzled look because it was all a ruse, but I said loudy, 'Oh I got them now..." I then used my best radio jargon to request an armed Nat Guard patrol as I was being threatened at knife point by armed rioters (the other guy was playing with the flare gun) and cheered when I told my friend and the guard that a team was on the way with order to 'shoot to kill'. That finally got the guards attention and the ushered the guest back up to the lobby.

The Bubba's were looking around for the Nat Guard Calvary coming to my aid and weren't so cocksure about their bit of fun. I used the radio to fake calling the hotel frequency asking for the guest room number and then thanked them and I told the boys I knew which room they were in and would find them long before they could flee the Island. I promised them I would fulfill their fantasy of floating around in my liferaft except that I would launch them well out into Atlantic with no emergency stores.

I filed a claim against the hotel for the value of the raft but you know that never got anywhere. Funny thing is that an 8 man liferaft that had been used when I delivered a VIP boat from Florida to the resort a year earlier somehow got blown out of a storage unit in the big concrete reverse osmosis building even though the steel doors and locks were still intact...

You Loot We Shoot is a common sentiment after a storm like this! 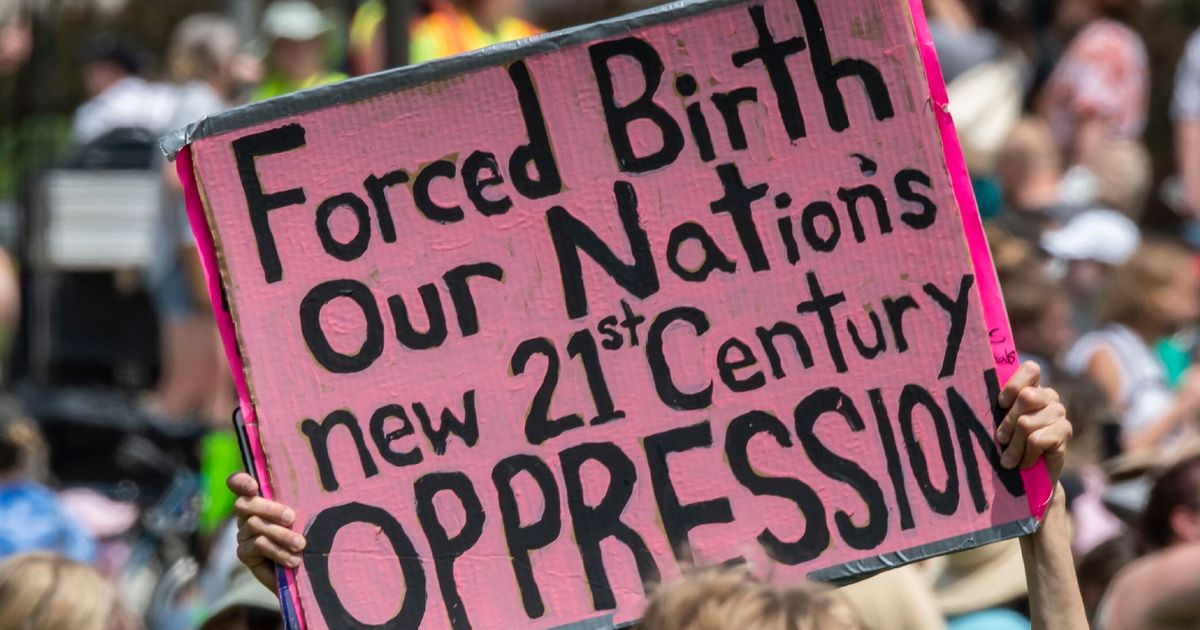 Child Incest Victim Denied Abortion In Florida, Forced To Travel Out Of State

Florida's 15-week ban makes no exceptions for rape or incest.

Not for nothing said:

Child Incest Victim Denied Abortion In Florida, Forced To Travel Out Of State

Florida's 15-week ban makes no exceptions for rape or incest.

Although I am pro choice, I agree with how many holes there are in this story. Seems it is a piece written to rile up those who are pro abortion. There have be a few of these poorly written pieces since the Supreme Courts decision.

Wetabehindtheears said:
Although I am pro choice, I agree with how many holes there are in this story. Seems it is a piece written to rile up those who are pro abortion. There have be a few of these poorly written pieces since the Supreme Courts decision.
Click to expand...

My objection is the way abortion is portrayed and taught . It is a grave act and decision. Too many young females are conditioned to think it is a whimsical choice with no moral consequences. Women should have safe access after a 4 hour course where the procedure is explained along with consoling on the options for going full term and then adoption.
Like Bill Clinton said
Safe, Legal and Rare
The ProChoice rallies are vulgar and disgusting

Goddamn but you are an incredible asshole.

SloopJonB said:
Goddamn but you are an incredible asshole.
Click to expand...

Oh so “she” should have an abortion thinking it was nothing more than getting some dental work done?

veni vidi vici said:
My objection is the way abortion is portrayed and taught . It is a grave act and decision. Too many young females are conditioned to think it is a whimsical choice with no moral consequences....
Click to expand...


That is rather odd, I have never heard any female ever describe it as anything less than a profound, life-altering, and emotion-shattering occurence. Who exactly is "portraying and teaching" this?

Considering that most women realize a given percent of pregnancies go wrong, end in miscarriage (which can also be fatal for the pregnant woman), and that anti-abortion whackjobs want to prosecute women for having miscarriages and the doctors who save their lives, it's not hard to understand why so few women are crazed anti-abortion nutballs.

veni vidi vici said:
Oh so “she” should have an abortion thinking it was nothing more than getting some dental work done?
Click to expand...

That's right, don't settle for being merely an incredible asshole, make sure you're an incredibly nasty and mean spirited asshole.

Steam Flyer said:
Who exactly is "portraying and teaching" this?
Click to expand...

The sort of scumbag male right wing assholes he listens to and identifies with.

But but but I, mister White Male get to tell someone else what they can do with the own body. Just don't take my gun from me. Thats my right.

If life begins at fertilization, well over half go wrong. Many never implant (endometriosis, etc). Others malfunction so early the cycle is on time or within normal variation and the woman has no clue she ‘was pregnant’. The numbers are debated though technology allows earlier detection of pregnancy, so newer studies naturally demonstrate more miscarriages. It’s certain most conceptions don’t result in birth, even among fundamentalists. This example only looks at hCG, which doesn’t change until about day 8, well after implantation,

Measurements of human chorionic gonadotropin (hCG) have been used to assess early embryo loss in women. Urine samples obtained from a control group of sterilized women with normal ovulatory menstrual cycles enabled a concentration limit of 56 IU/l to be determined so that any nontrophoblastic...

pubmed.ncbi.nlm.nih.gov
Measurements of human chorionic gonadotropin (hCG) have been used to assess early embryo loss in women. …, 61.9% of conceptuses will be lost prior to 12 weeks. Most of these losses (91.7%) occur subclinically, without the knowledge of the mother.