mad said:
AAwwwwww shit, now what am I going verbally kick when I'm having a bad day?
Click to expand...

Nailing Malarkey/Happy Jack/Killery Again Man is still over in PA.
Click to expand...

Just can't bring my self to sink too far into that cess pool, poking AkaGP every now and again is enough for the moment, but thanks for the help.

Obviously I am new here and was curious about DL's intentions and whether he was seriously deranged or just doing it for "tongue in cheek" purposes. A query into that was acidly replied to by the wanker in one of his threads. I was going to just going to ignore him, but now I don't have too. Fine by me!

I wasn't a fan of Doug so I only see his loss as a cornerstone of SA, despite is sometimes annoying behavior, but I don't think you should ban him simply because of a single member because of their status in the sailing community, no matter how good they are. If you truly want a fair way to ban him, put him on trial at the supreme court of SA!

socalsailor38 said:
I wasn't a fan of Doug so I only see his loss as a cornerstone of SA, despite is sometimes annoying behavior, but I don't think you should ban him simply because of a single member because of their status in the sailing community, no matter how good they are. If you truly want a fair way to ban him, put him on trial at the supreme court of SA!
Click to expand...

Well, if you really want to consider it, the "supreme court" of SA is Scot, judge, jury and executioner. And it seems to me he has already handed down his verdict. And the verdict is, AMF!

Saying that DL's behavior was "sometimes annoying" is somewhat of an understatement, don't you think? The bottom line is, is DA a better place without the man's BS? Absolutely.

FoilerMothGuy said:
...wasn't an Anarchist, he was a Sailing Nihilist.
Click to expand...


Best summary of all.

FishAintBiting said:
If you compare the IC thread with anything to do with foiling you'll see a clear correlation with respect to one individual's involvement and the majority of those threads going pear shaped.
This was further compounded by that same individual's exclusion from SA for a month at the start of the year.

Although tough SA will be a much more productive place now.

Speaking as someone who spends the majority of their SA time on the IC thread I had very little interaction with Doug. I guess he didn't have any interest in our boats. However his absence leaves me with a fundamental question; with Doug gone what is everyone going to talk about? Might we actually start talking about boat design!?!?!?


GybeSet® said:
imagine Clark, Bethwaite and the top Moth tuners/pilots in one thread ?
Click to expand...

Steve Clark is a dirty old man and Julian still owes me a sliding seat.

why is this thread still going

I never paid any attention to Doug Lord's posts myself because I didn't see him as a credible source of information on highly technical topics, but in reflecting briefly on his ejection, I was reminded of a similar situation many years ago when the 505 listserv was very active. There was a certain passionate individual who nobody really knew, but offered very strong opinions on the boat. He was well-intentioned, well-spoken, but relentless in his pursuit of espousing his opinions, especially regarding his opposition to the change in our spinnaker rules. After trying to reason with him on the frequency and redundancy of his posts, and after he persisted in his ways, a ground swell of opposition to him developed within the class and the class officers were forced to remove him, albeit with some degree of hesitency. This was a listserv, not Sailing Anarchy, if there's any substantive difference in the tenor of the converations. Only time will tell if this action has a positive effect.

My opinion is that ejecting any idividual from a public forum should be done so with great care, and some evaluation of the outcome.

MR.CLEAN said:
link or it never happened.
Click to expand...


There is no link, Clean, because the communication was a private email. The boy is just spewing, so let him spew. It's the Rush Limbaugh School of Innuendo gone International.

Wayne, write me privately all you want. The conversation in that environment is private. (you notice that nothing of what you said to me in private email is being trotted-out) Web etiquette on this site indicates that private communication shall stay private under those circumstances. Ask the Dawg if you want the lowdown.

MR.CLEAN said:
link or it never happened.
Click to expand...


There is no link, Clean, because the communication was a private email. The boy is just spewing, so let him spew. It's the Rush Limbaugh School of Innuendo gone International.

Wayne, write me privately all you want. The conversation in that environment is private. (you notice that nothing of what you said to me in private email is being trotted-out) Web etiquette on this site indicates that private communication shall stay private under those circumstances. Ask the Dawg if you want the lowdown.

Chris, the link to BD has already been placed on this thread so it has nothing to do with private emails.

I am an "out in the open man", I was taught as a young rugrat that anything you put in writing about somebody, you should also be willing to look that man in the eye at 10 minutes before closing time and say what you put in writing, directly to his face.

I am only to willing to publish my 1 email to you here on SA, are you willing to do the same ?

Anyway this is stupidly boring for the DA readers, lets get on with discussing foiling

I have to say that I don't like it that Doug Lord was banned. I found him to be equally entertaining and annoying, and would generally avoid threads that he was involved in. Most of the time Doug seemed to start his own threads, which made it the fault of those participating in those threads for getting sucked into the retarded foiling vortex that was Doug Lord. Annoying as he was, he was far less delusional the Mighetto, who, in my opinion is an absolute internet legend. Avoiding Doug in these forums has served me well from a mental standpoint, as has avoiding some of the inane bashing and retarded thread wars that occur here with some frequency. I have read threads where Doug was interacting with Bora, and I have to say that I was impressed with how patient Bora was, at least in what I had read... I never stayed long enough to see things go pear shaped. If I were Bora, I would have just cut him off personally and just moved on. I have to agree with Willy and others about the IC thread vs other threads in that it is fantastic because of the respect that exists there amongst all who are mutually participating in the rebirth of a great development class.

On a side note, I did do a patent search on Google patents for Doug Lord the other day out of curiosity, and I was impressed to see that he actually holds several patents! That was a shocker.

The funny thing is that Doug will probably be able to collect much more information now that he is gone, there are already some really interesting foiling threads poping up that wouldnt have other wise, its really a win-win

GybeSet® said:
btw waynemarlow, tell us what you think about the FOYD? which mono acts like a trimaran at anchor ? is it even possible?
Click to expand...

Is this an initiation question or an attempt at SA humour :lol:
Click to expand...

but can you Answer the question ?

Editor said:
of all the bitching that i've received about various members here at sa, none have come close to the amount for doug lord. while i personally have no problem with his particular brand of wackiness, a lot of you do here. the final straw came when a certain world champion said he was leaving as he couldn't stand doug. that's it - the tribe has spoken.
Click to expand...

Hey ... I was second place in the beer cans this past summer. I can't stand that asshole Clean -- it bums me out to see his blabbering every time I check out the front page. Let's boot Clean and promote Montey to sidekick.

As someone who has to deal with all sorts of user problems I can say that I had nothing to do with booting Doug.

I am perplexed by you guys who do not have the ability to ignore someone who you claim to be the crazy guy on the street corner. You know, they guy who is always there and you just ignore him and walk on by feeling pity for him and never acknowledging him. Any reason you cannot do that with DOug??

It shows that you have absolutely no self control that you cannot let Doug ramble on without getting your rhubarb ruffled. I have to ignore all sorts of stuff here that I would much rather kick ass over.

I can say he posted some interesting photos. Photos are cool.

But the mob wins and the crazy guy is picked up by the police and escorted to the city limits.

its fine.... now the foiling circle-jerk can really get going...

better warm those palms up jack. you don't want to be the only one with cold hands in the chain, do ya? i think its something to do with foiling etiquette... 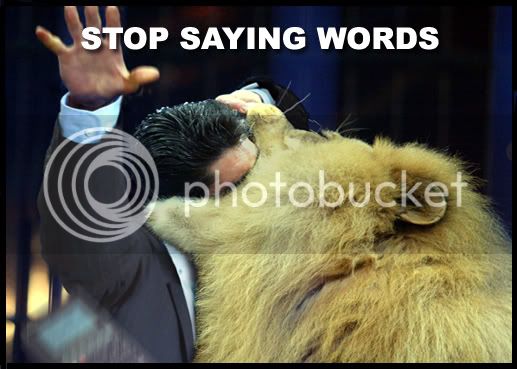 Well my three happorth for what it's worth, it's pathetic that the guy was banned, half the time it was the wind up idiots jerking his chain that were more offensive.

He couldn't post without a series of juveniles (I assume they are juveniles, very difficult to tell in a seppo environment) dissing his every proclamation.

This place is hardly the epitome of etiquette, for the most part it's where prissy brit public school sailing boys come to practise new profanities their house captain might bugger them for in the dorm if caught writing them on the toilet walls, or high school dorks and retards who have managed somehow to avoid being chopped up and buried in someones backyard or fridge.

Public forums are meant to be a collection of mixed opinions, interest and ways of doing shit.

I've no idea who the 'world champion' he offended is, but immediately he's labled a total dork in my mind if he can't cope with the rantings of an eccentric and/or can't find the 'ignore this poster' button this forum is gifted with.

Not that I inhabit this place much, it is a tad tedious someone happened to point out the Alto thread, so whatever..

The place is worse for it, what's the World Champion going to offer in his place then?

You are now all losers imvho.