Elect a Nazi, Get a Nazi

How fucking stupid are the people???
.
Click to expand...

Rhetorical question I presume?
A

Ishmael said:
White people pay for it and black people use it? Is that even Constitutional?
Click to expand...

Need to pass a law limiting them to 3 of the 5 lanes.

Olsonist said:
Tom will be along shortly with a Reason article demonstrating the states righteousness of his boy Cap'n Ron.


Pertinacious Tom said:
No prosecutor can pursue every infraction to the fullest extent allowed by law, nor should they try. DeSantis knows what prosecutorial discretion is and it's a kind of "veto power" if you want to look at it that way. It's used by cops and prosecutors constantly.

I'm not sure I'd rather trust county commissioners than voters in selecting a sheriff. Ours aren't really that great and they're far from the worst in the state.

Anyway, I dropped by to offer some Koch-$pon$ored De$anti$ cheerleading.

I agree with Mayor Castor. And if voters have some $oro$-$pon$ored help in making their choice, that's still fine with me too.
Click to expand...

You really should start reading posts prior to replying to them.

A Florida prosecutor suspended by Ron DeSantis for defying a new 15-week abortion law says a federal judge’s decision to send his reinstatement appeal to trial means a reckoning is coming for the state’s Republican governor.

Andrew Warren, a Democrat, was removed as Hillsborough county state attorney on 4 August after saying he would not enforce the abortion ban or prosecute providers of gender transition treatment for young people.

At a hearing in Tallahassee on Monday, Judge Robert Hinkle denied motions from DeSantis to dismiss Warren’s lawsuit, and another by Warren seeking an immediate return to office, instead requesting their differences be settled at a trial in the coming weeks.

“The governor now has to answer it to a court of law where facts matter and where you have to tell the truth,” Warren said in an interview with the Guardian.

You couldn't find the thread you created on this topic, badlat?

I don't think DeSantis will be able to prove the firing met the required standard.

Article 4, Section 7 of the Florida Constitution allows the governor to suspend local officials for "malfeasance, misfeasance, neglect of duty, drunkenness, incompetence, permanent inability to perform official duties, or commission of a felony" and to appoint a temporary successor.
Click to expand...


Kind of funny that drunkenness made the list as a stand-alone reason.

When Florida’s Republican governor fired the Tampa area’s top prosecutor for defying the state’s transgender and abortion crackdown, Ron DeSantis made it clear that he believes his power as governor supersedes the power of voters.

But now that prosecutor, Andrew Warren, is suing to get his job back, and the twice-elected state attorney tells The Daily Beast this is more than a fight over his employment; it’s about whether a strongman governor can single-handedly toss a democratically elected local official out of office.

“Can a governor just overturn elections in the state of Florida? If the governor has the power to do so, then what’s left of democracy?” Warren said in an interview Friday.

DeSantis, whose sycophantic political ads vowing loyalty to then-President Donald Trump got him into office in 2019, followed the president’s lead and turned Tallahassee into a MAGA hot zone that rejected bipartisanship and waged war on progressives. But he did it more effectively than Trump, launching a crusade to ban certain books in schools, halt transgender health care for young people, isolate and bully gay kids, and target transgender athletes in schools.

It’s that unrelenting conservative crusade that concerns Warren, who says DeSantis could feel emboldened to next target elected school board members for defying his book bans and punitive crackdowns on gay and transgender kids. 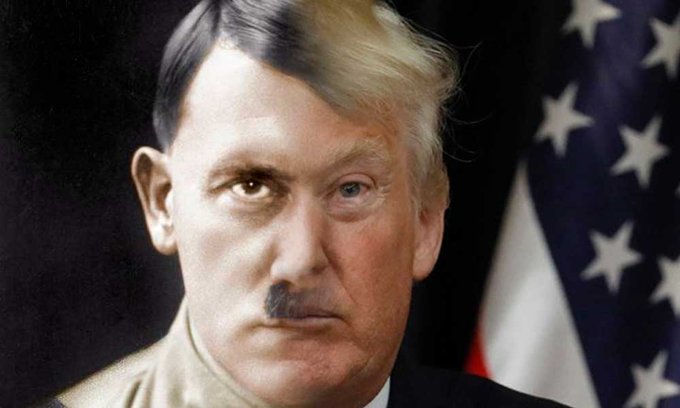 veni vidi vici said:
Imagine being a conservative in college classrooms these days
Click to expand... Tom will be along shortly to say that disgusting liberal elitists such as myself will never understand freedom lovin’ stahts rites. Jeff will correct him and just say that it’s pronounced stites rahts.

veni vidi vici said:
Imagine being a conservative in college classrooms these days
Click to expand...

...
The impeachment is the latest move by Republican legislators and governors against elected prosecutors they view as too soft on crime. This summer, Republican Florida Gov. Ron DeSantis removed Tampa Bay–area State Attorney Andrew Warren from office, accusing him of neglect of duty for refusing to prosecute some low-level crimes and saying he would not press charges for violations of Florida's new laws restricting abortion and transition-related care for transgender minors. In Virginia, Republican lawmakers tried and failed to pass a law targeting progressive prosecutors that would have allowed the state attorney general to take over violent crime cases.

The New York Post editorial board somewhat bizarrely characterized the vote to impeach Krasner as part of a "revolt against woke DAs," as if it was engineered by everyday Philadelphians rather than a state GOP that just lost its House majority.

In a press release, Krasner said Republican lawmakers impeached him "without presenting a single shred of evidence connecting our policies to any uptick in crime."

When Krasner, a longtime civil rights and criminal defense attorney, announced his candidacy for Philadelphia district attorney in 2017, the local police union called it "hilarious." They stopped laughing after he won the Democratic primary, thanks in part to generous funding from a super PAC connected to liberal megadonor George Soros.

After handily winning the general election, Krasner fired around 30 prosecutors. He ended cash bail for many low-level offenses and stopped prosecuting some misdemeanor crimes, such as marijuana possession, altogether. He also started a conviction review unit and began working to overturn old convictions that were tainted by misconduct and sloppy work.

But nothing enraged police unions more than his prosecutions of cops for excessive force, something that was practically unheard of in Philadelphia before he took office. Krasner's office brought murder charges against three officers for three fatal shootings, and in September, his office secured the first homicide conviction against an on-duty Philadelphia cop in 44 years.

The rise in violent crime seemed like it would create political headwinds for Krasner, but despite Republicans' and police unions' best efforts, he cruised to reelection in 2021 with 69 percent of the vote.

While Krasner makes an easy target for Republicans looking for someone to blame, less attention has been paid to the Philadelphia Police Department's failures.

An audit last year by the Philadelphia City Controller reported that the city's police department was shockingly disorganized, wasteful, and ineffective. Among its findings: Between 2016 and 2020, the department had the lowest homicide clearance rate among the 10 largest cities in the country, even as its budget ballooned during that same period.
...
Click to expand...


They don't have the votes in the Senate to remove him, so it's all just a show trial.

They don't have the votes in the Senate to remove him, so it's all just a show trial.
Click to expand... That Soros, he is a very bad man.

Anyways, why is a state assembly voting to impeach a city DA over a city policy? Clearly this is Pennsylvania law but it does seem strange from the outside. Dare I say, it seems anti-Democratic but very Fakebertarian.
S

The whole Soros trope is just a polite ways of saying, "I don't like Jews", just like being "Anti-Zionist".

Pertinacious Tom said:
if voters have some $oro$-$pon$ored help in making their choice, that's still fine with me too.
Click to expand...

But I'm a $upporter of $oro$' $peech, if not always the content of it.

If you want someone who seems to have a problem with Jews, try the Architects and Engineers thread...
S

He kind of was, once.

But politics made him dumber. That's a 2011 article and things haven't really improved.

So libertarians often like the results. But not always. He also $peak$ for gra$$root$y gun grabber$ Not a lot of libertarians support him there.

But to your original point, if you're going to $peak more than almost anyone in favor of TeamD, people are going to talk about your $peech and that's not necessarily anti-Semitic.