FROM CHINA WITH LOVE 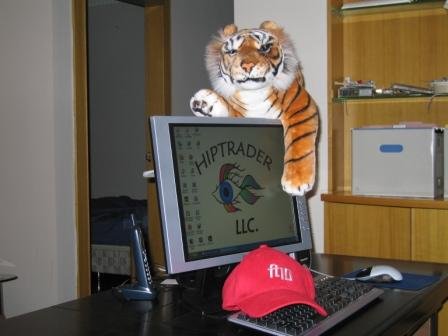 Can't believe you already have the cap done... is it made in China?

talking 'CAPS' Da Mans are OFF, and the following post-ers CAPS are ON !

something fishy about this ? :wacko:

YOU ARE ALWAYS BITCHING ABOUT ME SCREAMING AND I GIVE YOU ONE BREAK AND WHAT HAPPENS, YOU BITCH AGAIN!

&quot;DA MAN said:
YOU ARE ALWAYS BITCHING ABOUT ME SCREAMING AND I GIVE YOU ONE BREAK AND WHAT HAPPENS, YOU BITCH AGAIN!
NUFF SAID
Click to expand...

were ya just practising for April 1st funnies ?

Just talked to DA MAN. He is very very happy with the boat and should be posting new pics tonight.

Bill has sold ten boats to a club in China that will be up at the Olympic site. One of the current buyers, in China with Bill now, told Bill it was the "sexiest boat he has ever seen". He will order more boats.

They are delayed by heavy rain right now but hull number four is in the mold now and the yard is planning to build three sets of tooling as soon as the yard finishes moving. The move is set back ten days due to the rain but things will go full speed once the move has been made.

As soon as the rain lets up Bill will have them move number one out into the open so he can get some good pics. He should be posting new pics any moment now.

It's good to know things are going well.

It really is a good looking boat. The pictures don't do it justice. The house is very easy to see over and around and the cockpit is perfect for the purpose. The side decks are wide and comfortable. I don't see how anyone could be unhappy with the quality of any aspect of this build. The pieces are light and solid. We are going to have a whole lotta fun with these tigers. My son and I unknowingly took a picture of a Red Army base this morning after which we and the camera were detained for about an hour. Several layers of authorities were impressed with the Tiger photos as well. We had to delete the base shot but kept the rest.

Here's the cockpit on number 1 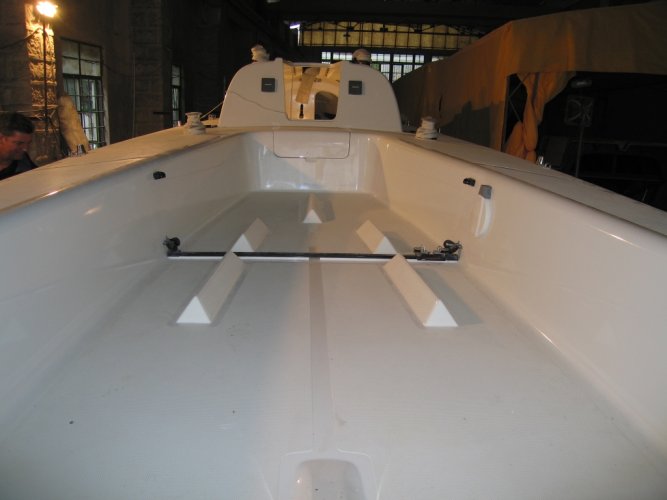 I'm working as fast as i can. 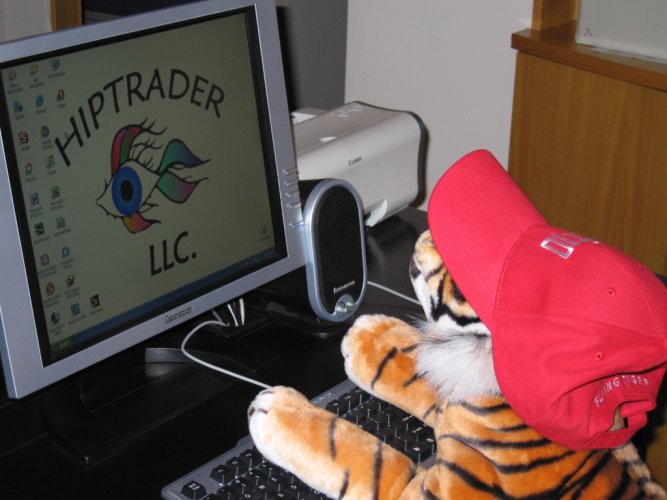 The kelp cutter not seen here will fit in a groove on the leading edge. 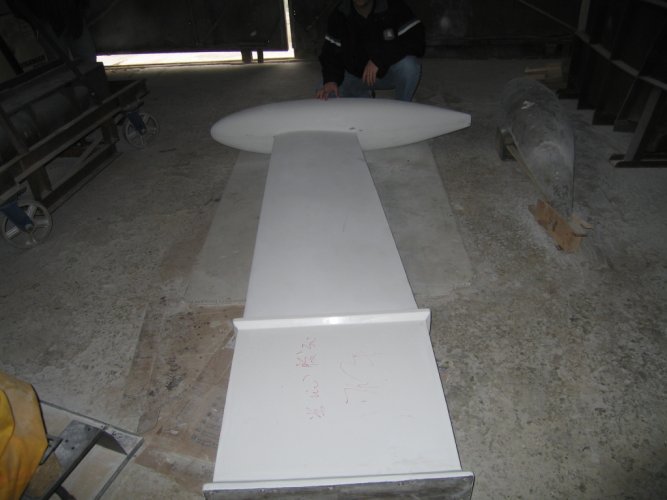 Here's all 23lbs of the rudder.

Note the Carbon stick in the background. 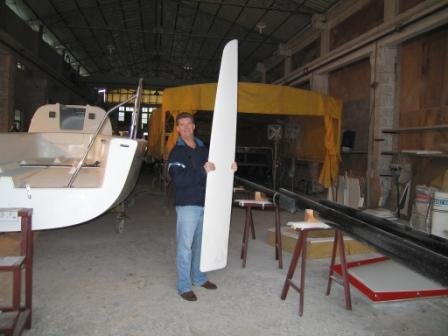 what's the roundish lid (?) to the right of the traveler? Remote for the engine?

THERE WILL BE A RECESS FOR YOU ALL TO INSERT YOUR ENGINE CONTROLS BUT THAT IS DOWN THE ROAD. RIGHT NOW WE ARE FINISHING THE MAST AND A FEW RIGGING MODS.

SENT ALL PICS TO UNCLE BOB SO GET ON HIS CASE. HAVE NO TIME TO POST AT PRESENT. GOING OUT AND PARTY AGAIN! HULL #4 UNDERWAY.

"NICE LITTLE BUGGER IF I SAY SO MYSELF" B)

&quot;DA MAN said:
"NICE LITTLE BUGGER IF I SAY SO MYSELF" B)
Click to expand...

Great to hear that you're happy with the boat and workmanship so far.

Is it possible that you or one of the people with you could write up a summary of where things are at, best guesses about 1st launch, etc?

The more pictures the better too!

I know you're all too busy but many of us are about to wet ourselves with excitement about the project and our boats and a good detailed briefing would be great.

JUST RETURNED FROM INDIAN RESTRUANT IN CHINA "PISSED TO THE GILLS".