From Russia With Love

I believe all members of this group are from Russia, except keyboard/vocalist, the guy with the greying beard.  He's from Kyiv.

I first heard their rendition of Chicago's Street Player about 3 years ago and loved it.  Serge's vocals were awesome, and Arturo Sandoval?  His horn play says it all.

Their female vocalist, Ksenia Buzina, not only has great pipes but is also fluent in something like six languages.  They really have a lot of great talent.

They started out doing Chicago covers.  I was a Chicago fan from the start but after their first two albums I lost interest.  The same happened with this band after a while until I heard the above song.  They have spread their wings and do other covers but The Speck of Dust might be their first original.

Here's how it started for me

Saw them live in Milwaukee on Halloween.   To say that they were great is an understatement. Incredible energy and tremendous musical talent. Can’t wait to see them again. 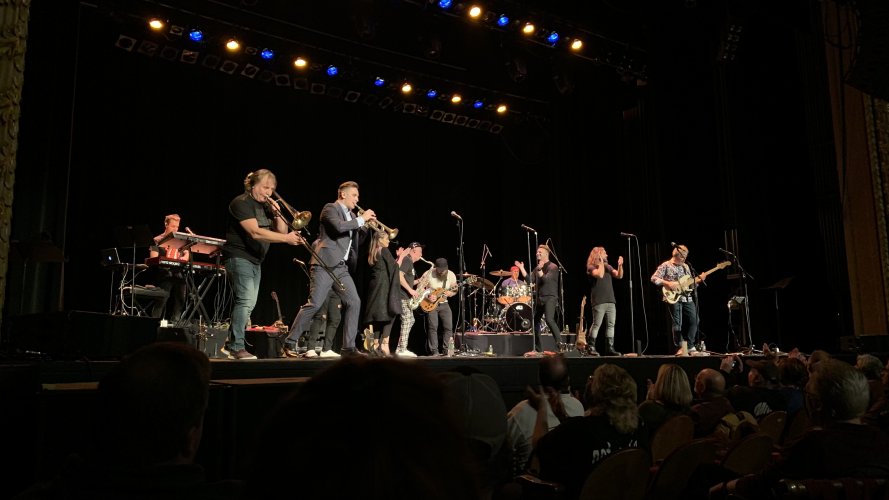 After intermission, they came out dressed for the occasion. 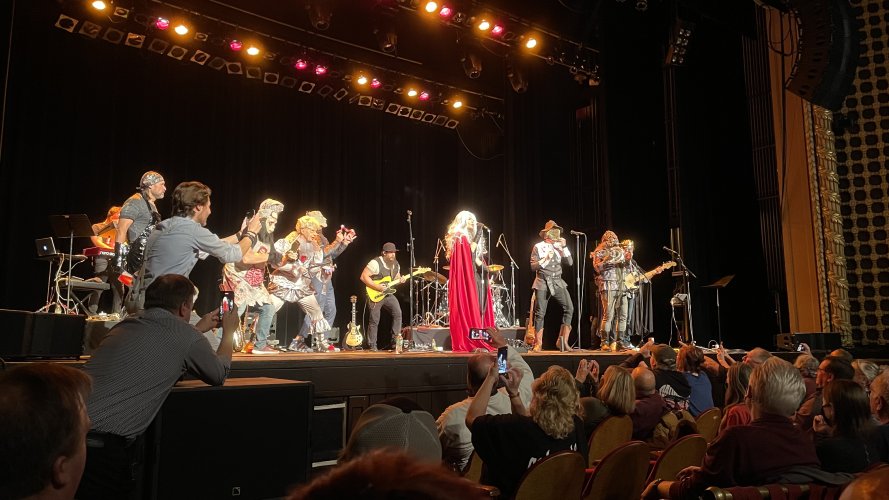 I looked on iTunes, didn't find them but found a "Leonid" (appears to be a very different act).

Any places where some of their stuff can be purchased/downloaded?

sledracr said:
I looked on iTunes, didn't find them but found a "Leonid" (appears to be a very different act).

Any places where some of their stuff can be purchased/downloaded?
Click to expand...

Leonid &amp; Friends | Official Band Website (leonidandfriends.band)  On the their website, they have links to Itunes, but it may just be to specific cuts, not an exhaustive directory.  They have a Facebook page too, but I don't use Facebook.  Not sure if you have to log in to view it or not.

There are several different links on their Youtube videos if you view on Youtube rather than version embedded here.

The website is http not https.  I was on the site a few weeks ago out of curiosity when one of their videos was posted in one of the "what are you listening to" threads.  My computer has not melted down.........

Sounds like about a gazillion other Euro-bands to me. At lest the lead female doesn't sound like a German  crow, or Yoko Ono.

Oh, and the Mongolian throat-singing.

The group above is technically brilliant - my nitpick is: It's not what you play it's when you play it. The best large group without question (12 piece) is Tedeschi Trucks - white space is important.  Yo Yo is a master of subtlety - I had a CD of just him and Alison Krause.  IMO it's much harder to learn when to play than how to play.  Could be my lack of appreciation for the Euro style?   If you haven't checked out TTB you don't know what you are missing.


Each has more musical talent in their pinkies than I'll ever know.  Very cool J.

Cal20sailor said:
Each has more musical talent in their pinkies than I'll ever know.  Very cool J.
Click to expand...

As I got lost in his music last night, I remembered seeing Itzhak Perlman at Orchestra Hall. Just incredible talent, fortunate to experience it.

130lights said:
As I got lost in his music last night, I remembered seeing Itzhak Perlman at Orchestra Hall.
Click to expand...


An absolute favorite…especially that scene in the movie!  Thank you!

John Williams is a genius.

He was performing in Houston, when coming on stage he fell - we were all standing and clapping - he smile and waved off help so we continued to stand and clap for some time, it seemed like a really long time and when he regained his feet the applause and cheers were loud with Bravo! shouted.  He was very gracious and played his heart out.  One of those times you never forget.  Truly amazing person - there is a PBS doc on him that is very personal and illuminating. He overcame a lot to achieve his greatness.