well that's a good use of tax dollars

Trailing 27-24, the Eagles embarked on a game-winning drive in the final minutes, capped off by Carson Wentz’s touchdown pass to Greg Ward with 26 seconds remaining. Even after the TD, anybody who bet the Redskins to cover had to feel pretty good.

After all, Washington was getting 6.5 points, according to Vegas. A four-point loss would cover the spread and make any Redskins bettors happy.

That happiness lasted only a few minutes. On the final play of the game, Redskins quarterback Dwayne Haskins, trying to avoid a sack, flipped the ball backwards to no one in particular.

The loose pigskin was scooped up by Philly linebacker Nigel Bradham, who ran it in for a touchdown, making the final score 37-27 and covering the spread.
Click to expand...

Marcjsmith said:
Good way to get kicked out of school and loose your ride


The nature of Akinjo’s situation is still unclear, but court records reveal a restraining order was issued in November against LeBlanc and players Myron Gardner and Galen Alexander. The documents show a female Georgetown student has accused LeBlanc of “threats against my personal safety.” Two police incident reports referenced don’t mention LeBlanc or the other players by name but detail two September incidents centering on the same property in northwest Washington.

In one, the plaintiff charges one of the suspects with “showing her his erect clothed penis.” A week later on Sept 16, three male suspects entered the property and took several items, including a camera and camera lens and two PlayStation controllers, according to one report. When subsequently contacted by video call, the suspect allegedly said to the victim, “If you tell anyone, we’ll send people after you.”
Click to expand...

They seem to be playing better without these guys.  Beating Syracuse is a Hoya highlight.

Investigations have begun on the pregame gestures at the Army Navy game.  Does it occur to these guys that they're on TV with a national audience and tons of surveillance since POTUS attends?

NaptimeAgain said:
Investigations have begun on the pregame gestures at the Army Navy game.  Does it occur to these guys that they're on TV with a national audience and tons of surveillance since POTUS attends?
Click to expand...

now i know i can't flash the OK sign.. I will just stick to the middle finger

burndoc said:
now i know i can't flash the OK sign.. I will just stick to the middle finger
Click to expand... 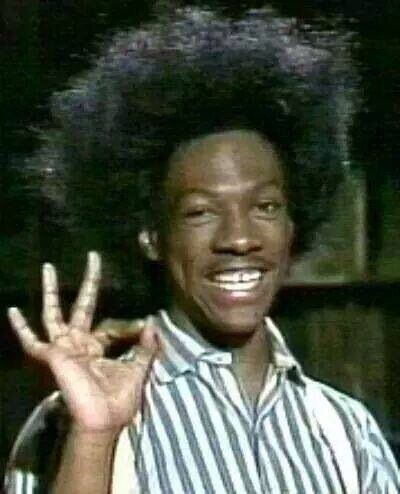 burndoc said:
now i know i can't flash the OK sign.. I will just stick to the middle finger
Click to expand...

just stick with this   and the OK fingers down is NOT a white power symbol.. NaptimeAgain said:
Investigations have begun on the pregame gestures at the Army Navy game.  Does it occur to these guys that they're on TV with a national audience and tons of surveillance since POTUS attends?
Click to expand...

I thought it was the sign for the circle game.

Marcjsmith said:
I thought it was the sign for the circle game.

exactly,    i think with the hand in the up position , the three fingers give the  W   ,  besides the "white power" is just a rip off of the west side folks..

great, now everybody knows how to get into the locker room

But Texas A&amp;M won’t soon forget the ugly defeat. In fact, the Aggies are using the loss to fuel their motivation – even if that means looking ahead to next season’s contest against LSU.

Much as I appreciate the heavy hits he absorbs every game, this stunt screams MORON!

Much as I appreciate the heavy hits he absorbs every game, this stunt screams MORON!
Click to expand...

He is normally busy during this time. He doesn't know what to do with himself.

somethings never change,   OSU and their quality of athletes


Ohio State has suspended cornerback Amir Riep and safety Jahsen Wint indefinitely after the two were arrested and charged on felony counts of rape and kidnapping in the first degree.
Click to expand...

Police were called to a logistics business when employees said Harris showed up, for reasons unknown, and refused to leave. When police arrived, they found him agitated and upset and refusing to follow police commands.

yeah this is gonna end well....  honestly,  i think the only keeping officers from drawing down on the guy was the fact that he had one of them nearly over his head...

wow, what a way to destroy a career

NFL offensive tackle Greg Robinson was recently arrested at the Sierra Blanca border checkpoint near the United States and Mexico border, according to TMZ. Border patrol is said to have found a large amount of marijuana in Robinson's possession, which was enough to reportedly have him facing a federal charge of possession with intent to distribute.
Click to expand...

Kyle Larson drops the n word, not once but twice.  During an irace.

sponsors drop like dead flies., McDonald’s, and credit one gone.

According to the York County Detention Center website, Breeland was charged with resisting arrest, transport of alcohol in motor vehicle with the seal broken, open container of beer or wine in motor vehicle, possession of 28 grams or less of marijuana or 10 grams of hash, and driving without a license.
Click to expand...