Hulls are just about sorted, the rigs not.

Andrew said we'd see something by the first of April, WTF?

You will just have to wait until its ready.

I am sure he wants the WASZP to follow the Mach2 model not the Bladerider model.

We will not see it until he is happy it is right.

Must have gone for the long wait rather than the short…

AMAC will again be speaking at The Foiling Week and his talk has been posted to be on the WAZP.

He will have more to show than last year and may well tell the world when they can buy one.

There's not much rush to be first to market.

Seems to me a $15k mid–fleet foiler is competing for sales with cast–off Mach2s. Current Mach2 owners might delay replacement with new if they can't get the right price. Someone may not be happy about that.

Clever marketting and pricing required… probably some head scratching around supply and demand curves (all hypothetical of course).

I heard tonight that the first WAZP is complete and has been sailing in Melbourne. Photos soon. 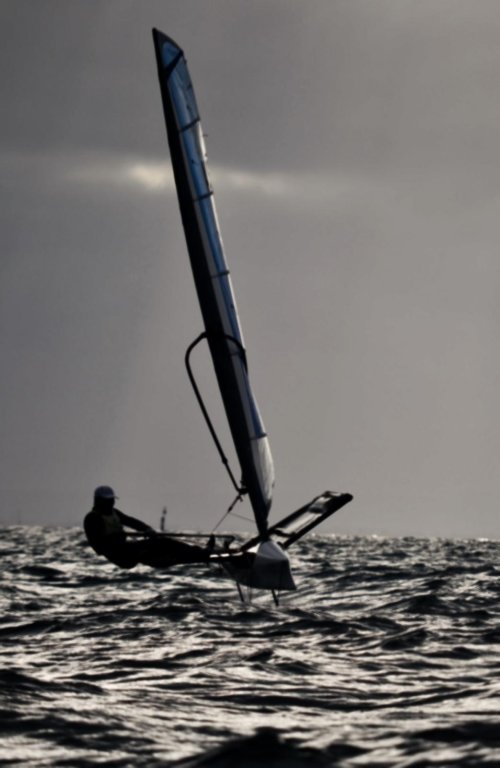 Looks like there are no shrouds or forestay. Interesting wishbone boom. Is the stem really concave or is that just the angle the shot is taken.

Finally, where are the navigation lights..... h34r:

Must be interesting to try and gybe without a bridle to hold onto... 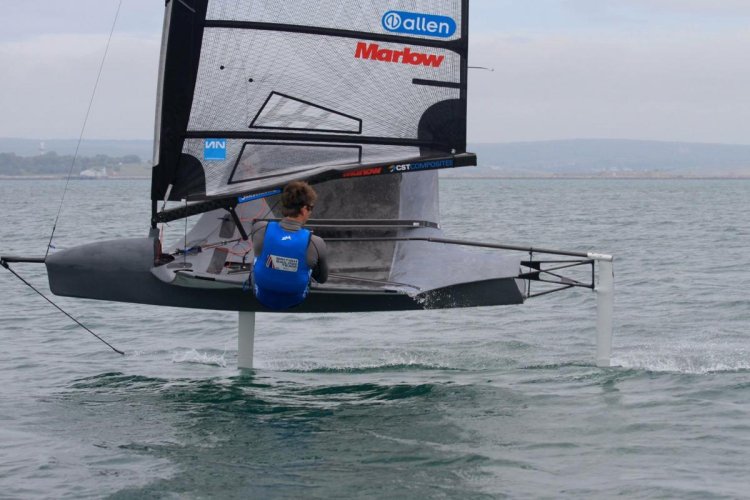 Seems like a lot of camber on that main! Lump water setting?

Stupid question: how do you straighten the leach with a wishbone boom? I mean, what does the job of the kicker?

I have only seen the photo not the boat, just like the rest of you. The unstayed mast obviously is a different section and bends differently to other moth masts so it might take a few tests and recuts to get the sail right. But it does look light and lumpy.

I expect that the depth control will still be luff tension like an M2 rig. I do not expect too many controls, this is meant to be a simple budget boat for teenagers.

17mika said:
Stupid question: how do you straighten the leach with a wishbone boom? I mean, what does the job of the kicker?
Click to expand...

Well you can sometimes adjust the mast height position of the boom to result in more vertical downforce at the clew but that only has marginal range.

Given the lengthy gestation period and his previous projects, I'm pretty confident that amac will have some sort of solution.

Going stayless significantly changes the structural loadings of the wings and mast stump area. I doubt you could just drop a stayless rig on an existing hull/wings and expect it to hold together.

It still looks like a moth (at least a 21st century moth) because it is a moth. Same size. Can still be measured and raced as a moth. But its not a Mach2, same designer, same factory but different hull shape, foils, and wings and mostly different materials. A bit heavier and a lot less money.

If they can sell enough WAZPs to enough teenagers they might have a new class. But until then expect to see WAZPs at Moth regattas.