Help me spec a new rig

Wanted to canvas opinions on a reasonably big decision I have to make soon and there are usually clued up people on this board.

Boat is a 1997 Projection 920 (similar to a J/92s I suppose?), 30ft with frac rig and bowsprit for asym kites. Predominantly used for 1H/2H inshore and cat 3 offshore racing.

I had the rig craned out this year for an inspection given that the standing rigging is about 10 years old. The rigger has effectively condemned it and looking at it I am not surprised. Previous owners have variously (i) added a masthead spin halyard, (ii) filled the inside lower quarter with foam (keel stepped, stopping leaks), (iii) drilled drainage holes and (iv) added a load of heavy brackets at the masthead. At some point the chainplates were moved 30cm aft, allowing swept spreaders to be fitted and a swap to non-overlapping jibs.

Would appreciate thoughts on a couple of key decisions which are all variants of the ratings vs performance vs cost equation. Planning to buy new main and jibs (replacing 2016 Nordac).


All the above in context of a reasonable budget for a 20+ year old boat targeting mid-fleet Solent performance on a good day.

Attaching some pics showing the as designed chainplate location and the current setup. If the budget allows carbon tube. See what is available off the shelf. Contact the US suppliers who might have a tube that is on the shelf or a cancelled project. Forte comes to mind for smaller boats like yours. Scroll down past the round tubes. https://fortecarbon.com/marine/mast-sections/

Yes to keeping the boom unless it's horrible or has big issues with usability/too many holes, etc.

Yes, I'd stick with wire.

Otherwise, new for IRC, an alum, 9/10th MH, 105% headsail mast with dyform wire should do the trick for decent money

Use the same boom, unless shot.

How about this one?  https://sailinganarchy.com/advert/used-hall-freestanding-mast-and-v-boom/

Nice looking boat, you got me googling the Projection 920 and I came across this.
https://www.sail-world.com/forum/forum_posts.asp?TID=2423&amp;amp;PN=83&amp;amp;title=projection-762-help-please
Looks like a fun ride.

If you go Aluminum the Z-Spar Z351 section seems pretty popular for boats around that size. (Archambault 31 etc)

pilotdave said:
How about this one?  https://sailinganarchy.com/advert/used-hall-freestanding-mast-and-v-boom/
Click to expand...

Wouldn't it have to be quite a chunky section to go single spreader? J/88 rig would be close to the right size but I think it's deck-stepped.

Snowden said:
Wouldn't it have to be quite a chunky section to go single spreader? J/88 rig would be close to the right size but I think it's deck-stepped.
Click to expand...

A single spreader mast with D2s to help support the upper panel should carry a lower cog than a twin spreader. Pogo do a similar thing with the 30. A J88 mast will be too short and I don’t rate the quality that high. They blow their spreaders up That's a good looking rig, would be interesting to see whether I can achieve something similar on a less beamy boat (3.0m vs 3.7m). Noted re J/88, cheers

By the way, if anyone knows the Mills 31 RAPTOR (ex AZTEC) sailing in Ireland, it looks like they have done a similar thing (late 90s CHS to IRC), would be interested in any details 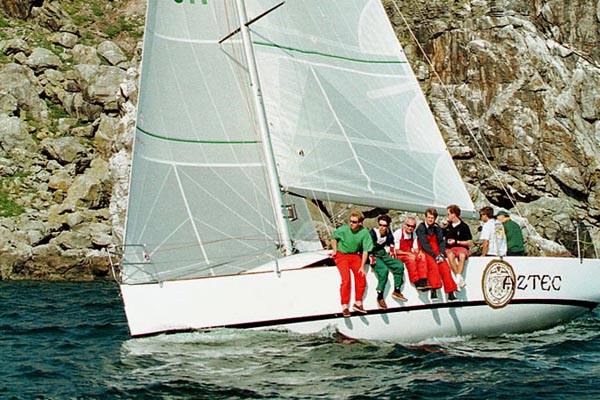 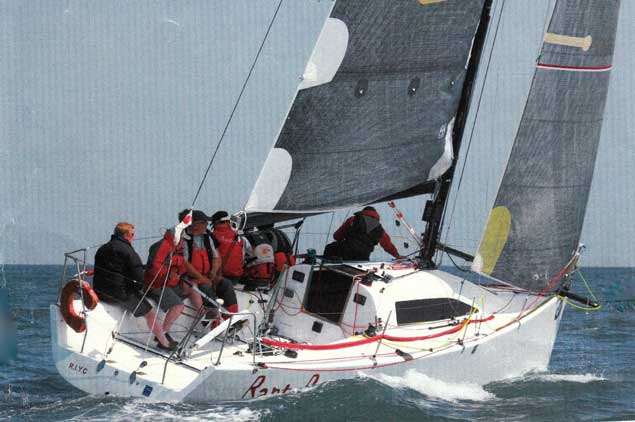 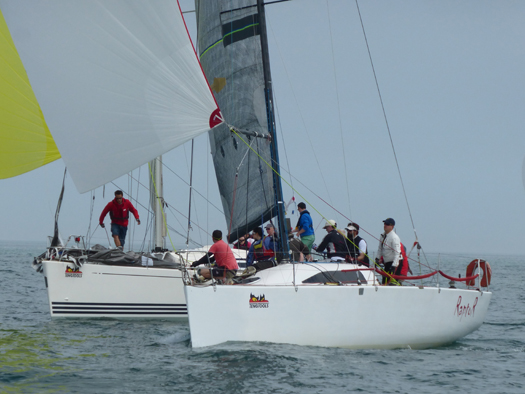 MiddayGun said:
Nice looking boat, you got me googling the Projection 920 and I came across this.
https://www.sail-world.com/forum/forum_posts.asp?TID=2423&amp;amp;PN=83&amp;amp;title=projection-762-help-please
Looks like a fun ride.

If you go Aluminum the Z-Spar Z351 section seems pretty popular for boats around that size. (Archambault 31 etc)
Click to expand...

Good suggestion, I have the Z-Spar Z351 on my second Archambault 31, the first one had a VMG SoroMap which I would not buy too soft.  Very happy with the Z351, stiff and weight is great for alum.  I have a two spreader with long aft raked spreaders, chain plates at sheer.

Also suggest you do NOT go just bolt rope, add Ronstan Series 6 cars to the stock Z-351 section with a mast gate.  Fast easy reefing, cars live on the mast by just pulling fast pins to remove main.  Cars are ball bearing and as smooth as any Harken system I have used in the past on my Quest.

Best of luck getting the right combo for your sailing.

Love the idea of not messing around with a boltrope singlehanded, BUT with slugs wouldn't I need a trysail track or deep (&gt;40% luff reduction) 2nd reef to race cat 3?

Good point, I use a very deep third reef on the main.  Have new one coming from Doyle, Stratus.  And Stratus furling SS/HW jib on new inner chainplate and halyard going in this winter.

Snowden said:
Love the idea of not messing around with a boltrope singlehanded, BUT with slugs wouldn't I need a trysail track or deep (&gt;40% luff reduction) 2nd reef to race cat 3?
Click to expand...

Just as an addition to Kincoras point, I've got a Z351 section on my MG27, single spreader, deck stepped, P = 10.2m so about 1m shy of yours. (Close to a 9/10th rig)
I use slugs rather than the cars and even with my fully battened main they slide very freely, cars would be better of course but it depends on your budget.

In Europe, with same range of profiles you also have the M350 from AG+ Spars. It has supplied several J92S and A31 and now the Tofinou 9.7.

For the first two boats, it's equiped with two tapered spreaders' stages. Discontinuous  with aluminum machined ends. So aluminum spars with light parts and they do lot of custom boats.

if you have the money - carbon spar and soft rigging - best way of losing weight aloft ; get the rig manufacturer to work with you as to how you sails the boat (reefing/headsails etc) so they can design rig to match

pilotdave said:
How about this one?  https://sailinganarchy.com/advert/used-hall-freestanding-mast-and-v-boom/
Click to expand...

That appears to be a rotating wing mast...

How much do you expect to pay for this new rig and new sails for this 24 year old boat? It begins to approach reasonable cost to performance question. With the rig, the hull will have to be tightened and refreshed. Still leaves you with an older one off that takes serious phrf hits.