When he launched his campaign for U.S. Senate in Georgia, Herschel Walker claimed his deep roots in the state didn’t end with his days as a football legend at the University of Georgia.

It was widely known at the time that the Republican hopeful had been living in Texas for decades, though he has claimed to maintain a residence in Atlanta for “17 years.” Less widely known, however, was that Walker’s wife collected tens of thousands of dollars in rental income for that residence, according to his 2021 financial disclosure forms.

The house doubled as the Walker campaign’s first official address when he launched his bid in August 2021. Fulton County tax and property records show the home is solely owned by Walker’s wife, Julie Blanchard, who also collected rental income from 2020 and 2021 ranging from $15,000 to $50,000, according to the disclosure—defining the asset as “Georgia residence.”

Blanchard’s company also received a previously unreported $49,997 in COVID relief loans over that same period, at Walker’s Texas address, according to federal data. On one since-revised financial disclosure, Walker claimed the company had generated rental income for Blanchard, suggesting the company had an operational stake in the Atlanta property.

Peter Andersen said:
I may have missed this press release, but I want to congratulate President Biden for finally doing the right thing and apologizing for his outrageous, racist, and slanderous 'Jim Crow' remarks regarding Georgia election laws earlier this year. As we all know these well needed changes made each Georgian's precious right to vote more secure and authentic. The results show that mid term voter turnout in Georgia this year was the highest on record in Georgia including POTUS elections! Proving the laws are effective and fair. The false and misunderstood criticism leveled at Georgian legistators was irresponsible and far from the unifying promises made by this POTUS. As the great grandson of a former slave, I was shocked and insulted to hear Biden accuse me of being an uneducated and illterate non mobile citizen not able to easily obtain a simple government issued ID, which is required and accepted to have in many places in society far less important than guaranteeing voter eligibility. Apparently he believes some old cracker handing out water and a sandwich while I wait in line to vote to influence my decision is acceptable. I dont need no damn sandwich! I know where the damn water fountain is! He didn't help us get to that whites only water fountain. What was Biden's record on integration? On busing? Go check out his voting record. This is a Biden quote on school desegregation and having his kids '“grow up in a racial jungle.” While he was burning crosses and dining with ex. KKK member Sen Robert Byrd, Well, maybe the apology is a first step. What a simple fool!
Click to expand...

Have you ever heard of paragraphs?
P

hobie1616 said:
Have you ever heard of paragraphs?
Click to expand...

We was too poor to have them 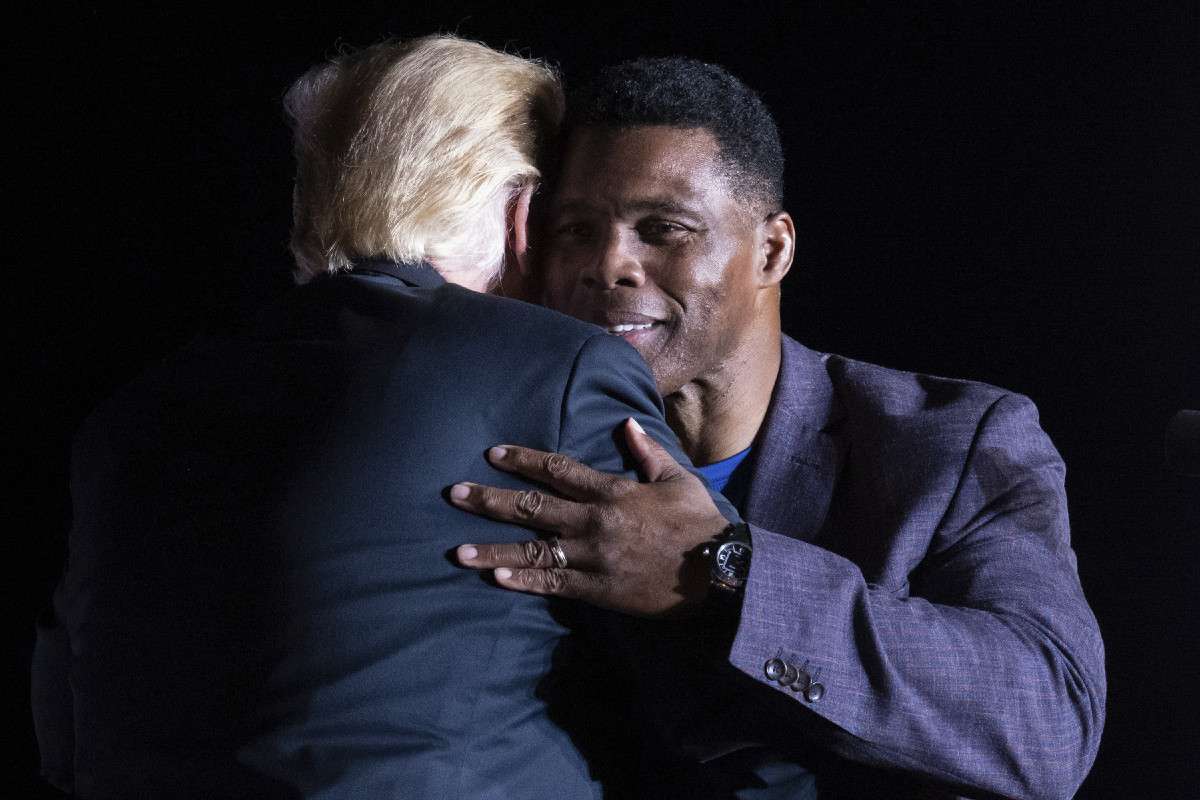 Walker to Trump: Please phone it in.

Someone remind which team has been alleging "voter fraud".

A complaint filed Sunday with the Georgia Bureau of Investigations and the state attorney general is calling for an investigation into whether Republican Senate candidate Herschel Walker committed a felony by voting in Georgia elections while claiming a homestead exemption for a home he owns in Texas.

The complaint, written by Georgia resident Ann Gregory Roberts, states that “it appears that Walker was not a resident of Georgia for voting purposes when he registered to vote and voted. Any person who votes, or registers to vote, knowing that he or she is not eligible to do so is guilty of a felony.”

I know this lady can tell me -


CRYSTAL MASON THOUGHT SHE HAD THE RIGHT TO VOTE. TEXAS SENTENCED HER TO FIVE YEARS IN PRISON FOR TRYING.​

Then, there's Mark Meadows and his wife.....

Bus Driver said:
Then, there's Mark Meadows and his wife.....
Click to expand...

Curiouser and curiouser. Either he's flipped or he's fucked.

Can that idiot recite abcs without singing? Georgia, you're better than this! At least I hope so. Cal20sailor said:
Can that idiot recite abcs without singing? Georgia, you're better than this! At least I hope so.
Click to expand...

um.... they elected Marge Threetoes. twice. Georgia needs to hang its collective fucking head. and maybe drink some bleach..... to clean out the gene pool

"Any person who votes, or registers to vote, knowing that he or she is not eligible to do so is guilty of a felony.”

Wouldn't that fall under "ignorance of the law is no excuse"?
C

I don't trust Manchin or that woman.

Dusting off a line from the Faithful - "Lock him up!"

Voter fraud used to be an issue with the folks on the right, especially one or both incarnations of Dog. Of late, with revelations of so much fraud being discovered - committed by Republicans - they've fallen silent. Principles are malleable. Hopefully this opens at the right point. If not, go to 4:10. 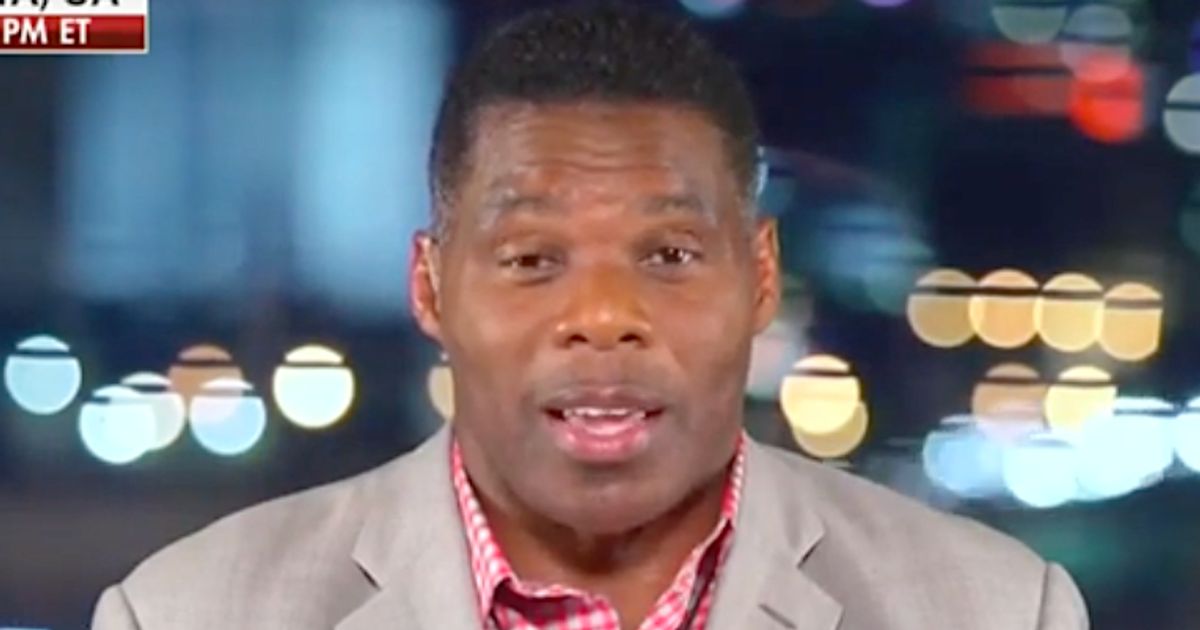 “The decision to keep Mr. Trump out of the spotlight was a response largely to the former president’s political style and image, which can energize his core supporters but also motivate Democratic voters and turn off significant segments of moderate Republicans,” Times reporter Michael Bender wrote in an article this week.

The brains of The Party. Wait, how many yards per carry did he have? but his bicycle ain't bent.

i did my part today to ditch the dipshit.

Herschel speaks from his mansion in Texas.