How about a The Ocean Race thread?

Potter said:
I would imagine that none of them are in Class as per the original class rules. They were very tight OD rules, including things like prepping of Boards and rudders, antifoul usage, and sail design.  They have nearly all had repairs done, so the corrector weights will need to be updated. I know one of the big questions has been about how to run the OD rule, as few of the teams have the money to keep the boats within the rules and do the race...The Class costs were large last time, but then it was all centrally run. The Ocean Race is not willing to do that this time, as the initial costs are too high for them.
Click to expand...

All valid but it doesn’t matter, the race will not happen.


In the VOR65s alone Team NZ has pulled out, Miripuri is gone. The war cannot be helping Team Poland or Lithuania source money. The Mexicans are MIA. Others are trying to sell charter spots for discounted prices like they’re going out of fashion.


This race is now 9 months away (I think). I’m afraid the writing is on the wall!

From the mythical FP...

What is happening within the Ocean Race organisation?  Your PR support for the media is appalling, the Ocean Race web site is falling down and just this week your team issues a press release re-writing the history of the first Whitbread Round the World Race

Let’s start with your PR support. I emailed your press office on 10th November asking for help compiling a definitive list of multi-crew circumnavigators, specifically those who completed all legs in the last two Volvo Ocean Races.

I persevered, but your press officer, clearly a graduate from the ‘Don’t know, Don’t care, Don’t bother me’ school of PR, failed at every level despite having access to a comprehensive library of books covering all previous races that you inherited from Volvo. I know, because I co-wrote six of them, including Sailing Legends, a complete history of this once great event to mark its 40th Anniversary.

This lack of interest stems from the top. I sent a request asking if both of you could at least confirm the circumnavigators within the crews you sailed with during previous Whitbread Races. Johan responded within 7 days, but four months on we still await the Brisius list of circumnavigators aboard the Whitbread 60 yacht Brooksfield!

The International Association of Cape Horners has now published an 1,850-strong list of multi-crew circumnavigators https://www.capehorners.club/main/roundingsregister.php

The incomplete entries listed in red stand as a damning indictment to the lack of interest the Ocean Race organisers have in regard to the Race history. It can only be hoped that this critique will alert those forgotten Whitbread and Volvo Race veterans to register their well-earned achievements themselves.

And now to your press release issued on 11th March spotlighting the pioneers who organised and competed in the first Whitbread Race back in 1973. https://www.theoceanrace.com/en/news/13000_The-French-Connection-Series-in-The-Ocean-Race-part-1-The-pioneers-of-the-crewed-round-the-world-race.html

Was this an attempt to re-write history or simply a reflection of the same sloppy understanding of the great race you have inherited? Here are a few misnomers

You accredit Sir Francis Chichester and Sir Robin Knox-Johnston as the ones who first thought of the idea of a multi-crew yacht race around the World.

That accolade goes to Anthony Churchill, the publisher of the British magazine Seahorse, and publicist Guy Pearce who first published a pamphlet about the proposed event during the 1971 Cowes Week. Unable to raise sponsorship, the two handed their race format and a list of potential entries to the Royal Naval Sailing Association which already had the Whitbread Brewery as an interested party.

Chichester may well have been consulted – after all, he had been sponsored personally by Col. Sam Whitbread during his solo one-stop circumnavigation in 1977/8 – but your writer is confused between your race and the 1968/9 Sunday Times Golden Globe Race where Chichester became Chairman of the Race Jury. Sir Robin Knox-Johnston won that race – he was the sole finisher – becoming the first to sail solo non-stop around the world in his yacht Suhaili. Knox-Johnston did not become involved with the Whitbread race until the second event in 1977 when he co-skippered the British maxi yacht Heath’s Condor.

Another major error concerns Eric Tabarly and his 73ft Andre Mauric designed maxi yacht Pen Duick VI. Yes, they competed in the 1973 Whitbread but not with a spent uranium keel. That issue occurred during the second Whitbread in 1977/8. Pen Duick was disqualified for not having a valid rating certificate (because of the keel) and was only allowed to continue the leg around Cape Horn to Rio after Knox-Johnston petitioned the Race Organisers to allow Tabarly to race as an unofficial entry. For the last leg back to Portsmouth Pen Duick competed for a private wager against Knox-Johnston’s Heath Condor which won the bet by 100 miles.

It would be understandable if this slap-happy  approach was down to a lack of money. It must be hard to operate without the many millions of Euros once provided by Volvo. But then again without a title sponsor in place and just 10 months to the start in January 2023 the question has to be asked: Will the Ocean Race happen at all?

I hope it does, but to many observers, the two of you are looking increasingly like Emperors without clothes. 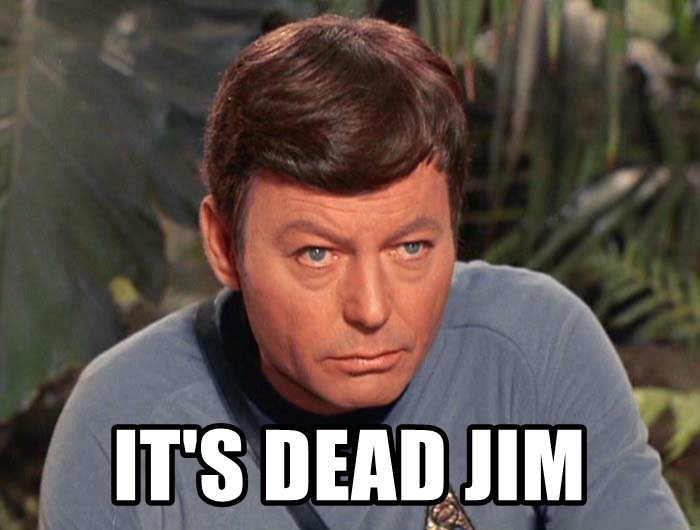 on the mythical FP there is a response from Brisius and Salen. Summary: Exciting race ahead with more participants than last edition (i.e. &gt;7) and Macron/Vor der Leyden watching it, and bla bla bla. It seems to be going ahead

We’d like to take this opportunity to confirm that we have reached out to Barry Pickthall and connected with him on Friday to address the concerns he raised in his “Open Letter”.

As custodians of The Ocean Race, we feel a great responsibility towards the heritage of the event and to honour the people who have sailed in this race as we carry the legacy forward. In the story Barry referenced, we could have taken a wider approach in our fact-checking. Our team has updated the piece on our website to reflect a more complete telling of the origin of the 1973-74 Whitbread Round the World Race following Barry’s comments.

Barry himself, along with a handful of his colleagues, can be considered among the journalist legends of the Race, given the work they have put in over past editions to tell the story of the amazing men and women who have taken on the compelling challenge of what was known originally as the Whitbread Round the World Race and then for nearly twenty years as the Volvo Ocean Race. We hope his contributions continue.

Looking forward, this is an exciting time for The Ocean Race. In less than a year, on 15 January 2023, two fleets of fully-crewed IMOCAs and VO65s will depart from Alicante, Spain for the 14th edition of the Race, marking the 50th anniversary – golden jubilee – year of the event.

Already, the local organising committees in our nine stopover cities around the world, along with our growing team in Alicante, are engaged and working to provide an unforgettable experience for the sailors, our stakeholders and partners, and local visitors alike.

This edition of the Race will feature the longest leg in the history of the event, racing through the deep south, direct from Cape Town to Itajaí, Brazil, with some of the best sailors in the world motivated to take on this epic challenge.

And despite these uncertain times we are expecting the largest fleet of entries in the race in more than 20 years. Our goal has been to have more participating teams than we had in the last race and we are pleased to be on track to reach this.

As has been the case since its inception, The Ocean Race today is a platform for uniting and motivating people to achieve the extraordinary. And the Race is also driving change towards a healthier and more sustainable planet. While our sailors have always been leaders when it comes to protecting our ocean, with sustainability now a core principle of the event, our Racing with Purpose initiatives are reaching top decision-makers and influencers around the world, like French President Emmanuel Macron and Ursula von der Leyen, the President of the European Commission, among many others. This is a positive development that reaches beyond sailing.

We invite Barry – and all of you – to join us at the start in Alicante, Spain in January (or any of our amazing stopovers through the Grand Finale in Genova, Italy at the end of June 2023) to see it for yourself. Come and enjoy the latest chapter in the amazing story of The Ocean Race.

The race is as dead as this thread....

So that takes us to 3 IMOCA?

I guess the question is how many boats constitutes a race?


from what I understand 1 other imoca team will announce an entry soon. Benji Deutreux with HugoBoss6(?) has done a deal with offshore team Germany…

furler49 said:
I guess the question is how many boats constitutes a race?
Click to expand...

Conventional wisdom says it's 2 boats to make a race...

Which IMOCA is Paul/Biotherm sailing? I'd say there is hardly time to start a new build and sea trial before the race.

F18 Sailor said:
Which IMOCA is Paul/Biotherm sailing? I'd say there is hardly time to start a new build and sea trial before the race.
Click to expand...

New Verdier design, allegedly to be launched in August.

At this rate it'll just be the few IMOCAs, it doesn't seem like any of the 65s are running a big enough campaign to cover TOR costs...

The VO65s have looked like shit from day 1 out of the mould.

Anyone like Bar Karates rumour (69% serious 28% of the time) that Ian Walker is coming back with an entry? More chance of going to INEOS I reckon :lol:

JonRowe said:
Anyone like Bar Karates rumour (69% serious 28% of the time) that Ian Walker is coming back with an entry? More chance of going to INEOS I reckon :lol:
Click to expand...

it would be great to have Ian back, but I don't see him on board a VO65 with a bunch on corinthians (or sailing against corinthians). As a former winner of the race, too much to loose.  And on an IMOCA? That would be a huge change and surely challenging, but there are no IMOCA's available. It would need to be on an existing team.

anyway, my take. This is wishful thinking.

Jack Bouttell is skippering the Racing for the Planet VO65 for their own competition this summer, might yet make it into the ocean race? https://mirpuriracingteam.com/media-center/jack-bouttell-to-skipper-racing-for-the-planet/

JonRowe said:
Jack Bouttell is skippering the Racing for the Planet VO65 for their own competition this summer, might yet make it into the ocean race? https://mirpuriracingteam.com/media-center/jack-bouttell-to-skipper-racing-for-the-planet/
Click to expand...

Mirpuri will go if the race goes, just not with the original all singing, all dancing, rockstar crew.

So four IMOCA, and maybe 3 VO65s..? Are we thinking we might have a race on our hands?


I’ve got mixed feelings on it, I want to see it go but I just don’t see how they justify the circus for this… I guess with 11th Hours money it doesn’t really matter!

Malizia announces a new co-skipper that sailed the TOR Europe with Akko Nobel (as well as Will Harris), and the OBR. Both newbies. Still one spot empty. Let's see if Boris continues with his politic of going with newbies. He might go with another woman to continue with his 50/50 approach.