how would you respond to this missive from your commodore?

Is this person’s  full time job at the post office or RMV?

Now grow a pair and quit whining. You have RC Practice in 5! 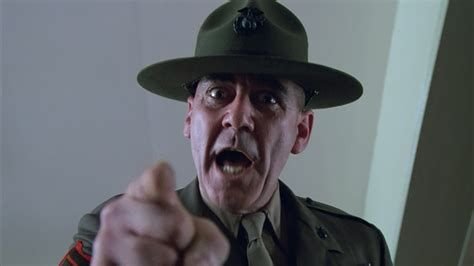 Irrational 14 said:
Sounds like your Commodore runs a tight ship.

Now grow a pair and quit whining. You have RC Practice in 5!

And NO!! You do NOT have permission to sweat!


Keysrock35 said:
Races run this way make me not want to participate - even in a beer can, it's frustrating to not get flags/courses/horns/finishes correct. I think asking people to shape up is quite alright. I've done serious and beercan RC, and would not be offended to be called out if I was not on my game.
Click to expand...

I get that, totally agree... however the way to improve the performance of volunteers is not to publicly bitch at them. Acting like a dick only makes everybody do a worse job.

If this is done on a rotating basis, and every racer has to do RC work, the ones who are not up to scratch need to be PRIVATELY told they are not up to par, given some training, and if they need motivation, introduce them to Sargeant Friendly, above.

this is going quite well so far

Bump-n-Grind said:
meh, I think it's kinda funny. Nobody reads the front page anyway do they?
Click to expand...

What is front page??

Gouvernail said:
What is front page??
Click to expand...

In Russia front page reads you

PurpleOnion said:
That said, insulting in public is just cowardly and a damning indication of the character of the insulter.
Click to expand...

Well, for sure, here on PA the culture is to insult anonymously . .

and character is revealed.

"Doing" is "relative..." Do to make others look good though,

People upset that this was done so publicly?

FFS, everyone who was on the water that day knows who fucked up.

bourbon on the bow

I suppose this opinion is borne out of frustration, similar to what this RO/Commodore is experiencing, that race committee sucks in general.

Locally, no one wants to do it or take it seriously; and this officer is right--its not a hard job, especially when there are written procedures.

Agreed that the overall tone of the email ended up being too brusk for full dissemination but the sentiment remains:
If I can't trust you to run a race properly, how can I trust you on the start line?

Ease the sheet. said:
People upset that this was done so publicly?

FFS, everyone who was on the water that day knows who fucked up.
Click to expand...

This is a classic "Dutch Uncle" response to someone with room to improve.  (I'm going to name my next boat "The Dutch Uncle" btw.) Yes, it's harsh, and from the perspective that he's working with volunteers - histrionic.  It's not how one would go about growing the sport.

However, I personally appreciate honesty. So, when someone goes all Dutch Uncle on me I focus on the content of the message instead of the tone.  I've been racing for a while and even with all of my experience racing it's still pretty easy to make a mistake if I'm watching the carnage on the start line instead of worrying about the flags.

I guess what you have to ask yourself is what kind of sailing club do you want to be?  One that encourages and teaches people how to participate in the sport, or one that has a hard time finding volunteers.

At the end of the day, it's just a club race, right?  It's league bowling on the water. It's a game, and it gets wonky when people forget that.

On deck, behind the wheel

AHoleMel said:
Never Ever loose the opportunity to do a Good Job BAD!!

Next, take the one who is bitching the most/loudest and inform em..  Your RC next week - usually shuts them up in a heartbeat.

Next..  make sure this weeks RC leaves the bar with their tab PAID IN FULL.

and if someone gets their Feelings Hurt...

Everyone's an Expert until they have to do the JOB
Click to expand...

...and if anyone gets really agitated and angry...

Refer the writer to a folk song by Utah Phillips named "Moose Turd Pie"  It is about a railroad worker who due to his complaining about the food was made the cook.

If our commodore sent out an email blast like that,

I would ask him (in private) for his immediate resignation.

If that did not work, I would go public and involve the membership.

I know around 30 past commodores, and I am one myself.

I cannot imaging any of them sending out a message like that.

it is likely that it would be sent along to non Club members and perhaps to the local media as well.

Your commodore is damaging your Club's reputation in your regional sailing community.

Bump-n-Grind said:
with an Ollie.. automated timer that blows a horn. ... there's a few others out there as well...  but it's just for the horn... the timer also gives you a beep sequence for raising and lowering the signal flags... they actually work pretty well, (if they're charged up)... to the point where, like I said, I could run these races by myself... and have on many occasions. it frees up both hands for raising and lowering the flags.
Click to expand...

So Ollie's can travel back in time?  Who knew!

Left Shift said:
So Ollie's can travel back in time?  Who knew!
Click to expand...

I suspect the writer meant 5:54:50 and the sequence starts 10 seconds after the switch is flipped. But it does cost him a little moral authority in an email about being more careful &amp; exacting.

Only someone like Quahog would co-opt Snaggies schtick, do it badly and think he's clever.


I respectfully and non-misogynistically call "bullshit." This is doubtless a corollary of the "I don't gift a fuck" persona that no one believes because we have eyes and ears and are over 10 yrs old.​


I respectfully and non-misogynistically call "bullshit." This is doubtless a corollary of the "I don't gift a fuck" persona that no one believes because we have eyes and ears and are over 10 yrs ​
Click to expand...

Finally someone who understands my sense of humor ; )