I asked four online AI art-makers to draw me a sailboat.  Here is what I received: 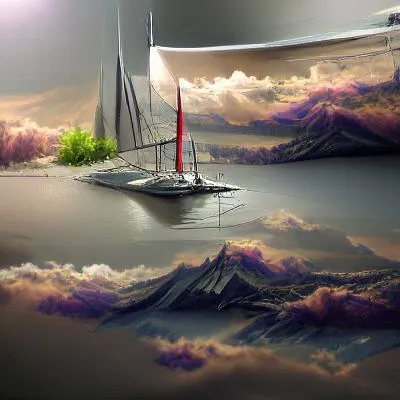 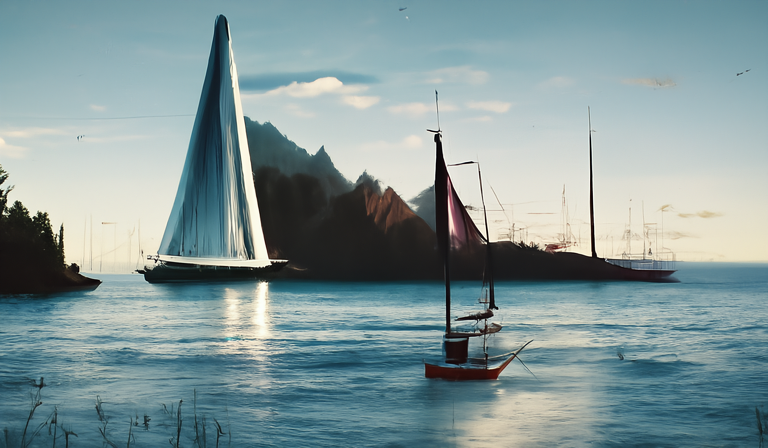 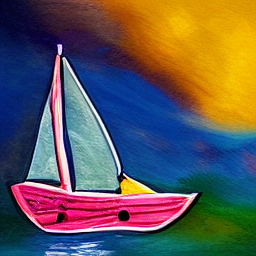 I tried one last one was the real deal.

So ZOTL is the sailboat of the future ! 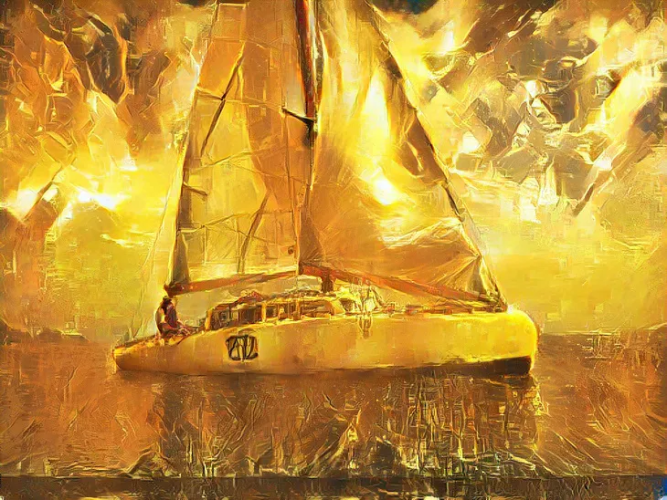 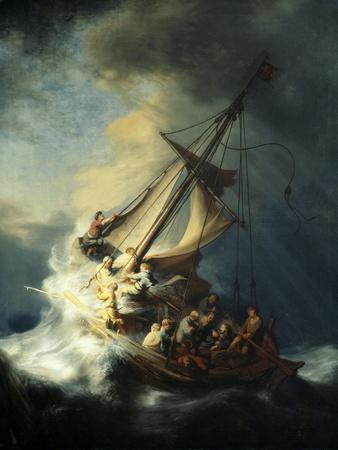 This is Rembrandt's "The Front Fell Off"...
Click to expand...

23 Then he got into the boat and his disciples followed him.

24 Suddenly a furious storm came up on the lake, so that the waves swept over the boat. But Jesus was passed out.

25 The disciples went and woke him, saying, “Lord, save us! We’re going to drown!”

26 He replied, “You of little faith, why are you so afraid?” Then he got up and retrieved the spin halyard and made fast thy Holy Whomper. And said to the men, "Back of the bus bitches! Send it Johnny!"

Got some bad sailing art? No worries. Add monsters.

Here's a thread bump with the innovative mainsail net. Down-rendered so it can be enjoyed in its full glory... Talchotali said:
Down-rendered so it can be enjoyed in its full glory...

No surprise, US Sailing is getting in on the act. Will sail for food

HypnoToad said:
No surprise, US Sailing is getting in on the act.

Pretty sure that was designed on an "etch-a-sketch".

Not much of a sailor if you don't know a spinnaker net when you see one.

I remember those, 3 hours to untangle, 10 minutes to hoist (while keeping untangled), one good roll & the spinnaker was tangled in the net instead of wrapped!

Clearly the mast goes in the middle of the boat so you can hang the giant tea towel on it. TUBBY said:
I remember those, 3 hours to untangle, 10 minutes to hoist (while keeping untangled), one good roll & the spinnaker was tangled in the net instead of wrapped!
Click to expand...

Worth it if you have inexperienced people on the helm offshore (or the RO).

Nothing against the company but I think the logo belongs here Stable Diffusion run on a home system with a lot of GPU.

This one looks like a Russian designed it. I fed it with several sport-boat images and this was the best it could do. Then there was raft boat racing in ancient imperial Japan in the style of Hokusai. This is literally its first try and I decided I liked it. This was supposed to be Laser's racing in waves and I fed it several sample photos, the AI decided it knew better than the input imagery. This was not the most realistic it came up with but it was the prettiest of the bunch. So with that failure complete I asked it to try again but this time in the style of Vermeer. This was the best it could do after several tries. AI is a misnomer, machine learning makes a lot more sense as the program obviously is nothing more than an amagalm of human imagery mashed up and re-imagined. Often quite poorly.

Well, it's already better than that guy who built the catamabarge after "studying 10,000 yacht designs."

It could be that the AI is just impatient, like humans. It needs to be fed some more examples.

Foredeck Shuffle said:
So with that failure complete I asked it to try again but this time in the style of Vermeer. This was the best it could do after several tries.

The cement block fleet is in... Not to throw anyone under the bus but there is a 2023 race in SoCal where they slapped what looks like a rig from 1975 reefed down on to a cruise ship profile. Possibly the ugliest regatta shirt I have seen so far. Seriously RC, you could have done a LOT better.

What goes around, comes around and is later sawn off