MR.CLEAN said:
don't say i never did anything nice for ya
Click to expand... 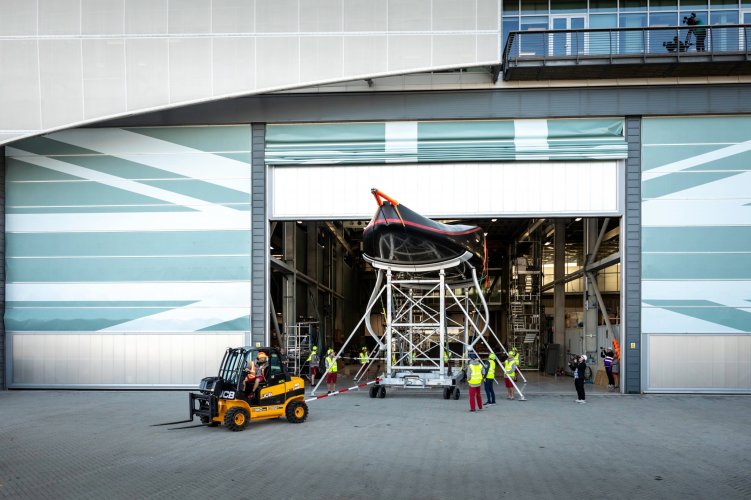 Ha, ha. Is it just me, or does it look like a malfunctioning hangar door just squished the Brit's boat? ;-)

TNZ sectional garage doors came all the way from Finland much more reliable although not exactly supporting the local door industry.

The wheels of the cradle are flat! It only goes through the door that way!

Sorry? Wtf are you on

they are in the med.  That pic is from Portsmouth..keep up.

Raptorsailor said:
Anyone have an explanation for the zigzag line on the foresail? Different materials/construction techniques in the same sail?
Click to expand...

I think this might be where the larger sails are laid up on the molds in multiple pieces and then scarfed together - if i understand it correctly then it's quite literally a 45° scarf joint that is glued together.... 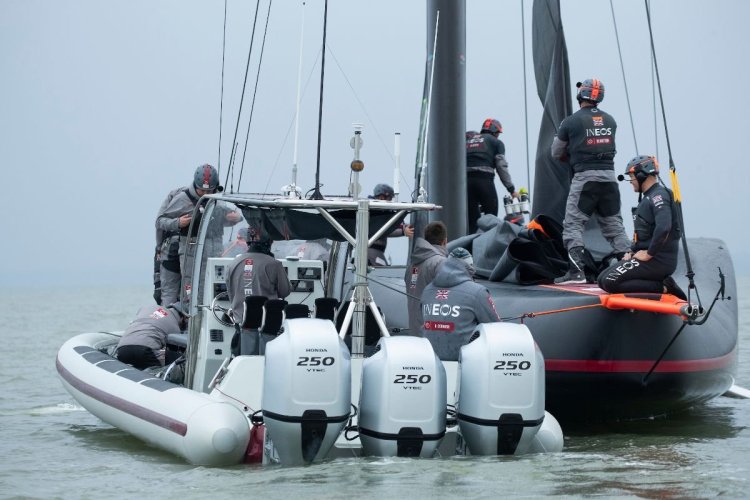 Was complaining that no team was disclosing their AC75 boat speed recently, it seems Honda is willing to affirm they will reach between 50 and 60 knots. Don't know how old this article is though. Pic posted on Ineos twitter Dec 5th with link to Honda page, ain't old news.

^^ The Pot calling the Kettle black?

I still prefer this one.

It's an entirely reasonable concern - I think putting aside the fact it's a pinnacle league that ultimately has massive costs, everyone including GD agrees on the problem... where there is less consensus is in what the solution should be, and sadly this appears to be drawn along partisan lines... if you are a challenger then whatever the defender does is unlikely to be appropriate in your eyes...

An article that references the FT one posted above

Not clear how popular or sponsorable a buck$ rule capping spending instead of a measurement based rule would be.

The loss from not having more challengers, how does one quantify that?

Stingray~ said:
An article that references the FT one posted above

Thats an embarrassing example of how a reasonable interview is churned into clickbait - Stuff can't even bring themselves to attribute to the story to a writer...

Turns out he'll be waiting for a while to win... poor sod

rh3000 said:
Thats﻿ an embarras﻿sing example of how a reasonable interview is churned into click﻿bait
Click to expand...

Yes, the tone of the headline and article is far more biting than what BA actually discussed with the FT.


Anyway, there’s a comment about it at SButt too:

An interesting quote from GD

Team New Zealand boss Grant Dalton backed that up and offered the best way to keep costs down.

"It's the payroll, not the boat. Sixty per cent of the cost of an America's Cup team is the people," Dalton told The Financial Times and said Team New Zealand were fortunate to have loyal staff willing to accept lower wages than those on offer from a "mercenary team".
"People will spend huge amounts no matter what cost control there is," Dalton said.