Even without the tow mast they are towing at an angle, looks like around 30 degrees.

Curious how BA mentioned a couple times at the start how water clarity had been a good thing.

Really like the look and finish of those foils.

Stingray~ said:
Again, I will be disappointed if the final decision by the MC disallows that instrumented tow tube. It has no real 'mast' function - is not D sectioned, has no tracks to raise sails, is not even mast length. If you turn your head sideways, then does every bowsprit also qualify as a second mast?
Click to expand...

Raptorsailor said:
So, INEO S design a low cost work around to getting reliable and qualitative testing data for their challenge and have it banned(?) for the treasonous act of "oh shit they have a leg up on us here, do something about it" (I mean not really, but this is the AC after all). I even heard 'cost cutting' in there somewhere justifying this decision....

I swear to god these America's Cup team never learn. When will the lesson be learnt: if you have or believe you have something that can give you a legitimate advantage. It never sees the light of day or a camera lens unless it absolutely has to be there. I thought after ETNZ revealing their foiling AC72 and the subsequent silence from the same outfit in AC35 that the lesson had been learnt. But no, INEOS just had to parade this towing mast out in the open for (what I assume) are fitting tests.
Click to expand...

agreed. looking back on the protocol on release (which may have been superceded, I dunno) which Ineos had a large part in writing, it looks very open to tank testing at a scale of 12":1' in the last sentence. It's like they planned a lot of full scale open water tow testing and getting the tow-mast banned was not seen as a large risk - otherwise they would have pushed for 2 mast sections on the LEQ12.

JonRowe said:
From the sound of the interview, he'd love to be on an AC team, as well as being keen to run a SailGP syndicate, the question is does INEOS need/want a second helm? A Dylan / Ben combo for a dual helm would be interesting...
Click to expand...


from the vid it is Giles and Ben dual helming for tow test, and first time i'm aware that they have commited to dual helm for the cup. I wonder if that points towards Giles being in the slot, or dylan fletcher who has retired from olympics/49er and just won the Moth worlds would be a shoe in for this position??

I would think Dylan is on their radar.
The thing he's missing is he doesn't have a track record as part of bigger team (a season in Sail GP). His career has been very narrow to the 49er and Moth, which undoubtably are the most relevant dinghies to the current cup boats and he reigning Olympic and world champion respectively.

Knowing Dylan reasonably well his focus and drive for specific tasks is unrivalled. Training hours are basically unlimited. But would he be able to produce the same success with less time on the water and meshing with a bigger team? Some of the other A-list cup sailors have a little broader experience when it comes to being part of syndicate or bigger boat programme and even those who have spent a few cups in less prominent roles before getting on a wheel (Ben, Goody, Giles, Percy all had a couple of relatively anonymous cup campaigns).

More new stuff on INEOS. You have to give it to INEOS them, despite doing no sailing, they give us a lot to talk about, drip feeding us tech a couple of weeks apart piece by piece.
D

Mozzy Sails said:
More new stuff on INEOS. You have to give it to INEOS them, despite doing no sailing, they give us a lot to talk about, drip feeding us tech a couple of weeks apart piece by piece.
Click to expand...

Thanks but did you mean to attach something?

Couple of bits I'll have in tomorrow monthly recon report. But it looks like they've mounted still more of the mainsheet traveller system which is something we've not seen before. As well as mounting their jib car, which they're also towing from.

I don't have any more pictures for now 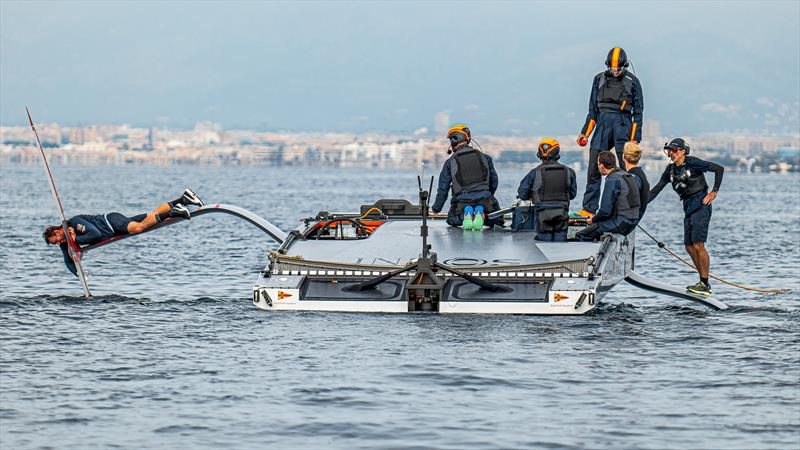 Stingray~ said:
Is this new?

3rd round of responses from the 8th

Yes, seems like INEOS aren't ready to give up on the Tow mast just yet, and at lest one of team does kind of agree with their point about the risks of defining components on a case by case basis using only one resemblance.

To me their draft text looks sensible to at least give a primary function on those components.

There is contrast in the rules. The LEQ12s (and mules last cup) basically are a free for all on development, and the self limiting restriction on how much teams will pump resource in to them is the fact that they're scale. That worked pretty well last cup.

The difference this time is that you can only build one AC75 for cost savings and because preliminary regattas will be in AC40s. Then legacy 75s are limited also, to make them less valuable so that teams will actually sell them / if there are so many new entries that there weren't enough to go around, then you needed another competing option...

So this makes the LEQ12 much more important... but the technical regs seem to foresee teams pumping unlimited resource in to them. So the tech regs seeks to put limits on something that is defined only by a length, which is perhaps foreseeably proving tricky.
Last edited: Dec 13, 2022

JonRowe said:
3rd round of responses from the 8th
Click to expand...

This also might end up becoming a farcical aquatic ceremony 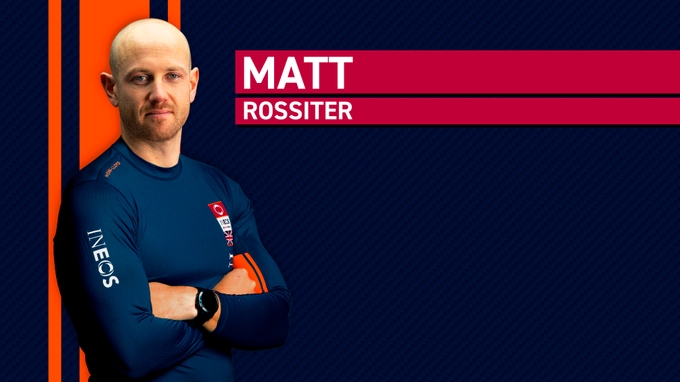 So just to sum things up.

ETNZ are a major part of the planning for AC37 and all associated events, designing and helping build a fleet of AC40's, have built a first-of-its-kind foiling hydrogen-powered chase boat, built and broken the wind-powered land speed record, and have clocked up somewhere around 15 to 20 sailing days.

While INEOS has yet to go sailing. at all.

That team must be imploding.

Looks like horsepower is the name of the game!

ChairborneRanger said:
... INEOS has yet to go sailing. at all.

Would love to hear Allison (is it?) tell us wth is going on.