In the discussion on SV Seeker, @Foiling Optimist wisely proposed that the USA should establish a National Institute for Nautical Folly 9NINF), supported by the Office of Naval Research and the America Sociological Association.

I am sure that the White House night team has already seen Foiling Optimists's post, and flagged up this great idea.  By morning there will be a memo to the Chief of Staff, and within a few short weeks there should be a draft proposal to establish a small team to prepare an interdepartmental working group to establish a task force of interested parties to design the new NINF organisation.

Within a few short years, a Bill will be sent to the Capitol.  Then Congress can begin its solemn task of requiring the new Institute to have at least one facility in every Congressional District, with all construction to be undertaken by whichever company or consortium bought the highest number of Congress Critters.  Then the whole thing will be stuck for a few terms in a tussle between the two chambers until a late-night compromise removes all NINF coastal locations, in return for deletion of the clause banning recreational drug users from participation in the NINF, 'cos the drug ban would have excluded many of the best NINF personnel.

By the time the wise legislators have used the solemn legislative process to polish the NINF structures on behalf of the donors people, many of us will be too old to enjoy the horse-trading and pork-pulling.  And we may no longer be breathing when the relevant Senate Committee has a punch-up in its confirmation hearings for the Director of the NINF.

Mercifully, CA moves a bit faster.  So our very own Institute for Nautical Folly is now open.  I look forward to a flurry of nominations.

I am sure that high standard of Folly will be upheld, and that we will not be deluged with mere lapses of judgement.  True Folly is sustained and persistent, and it is impervious to the petty objections of those with skill, experience and wisdom. 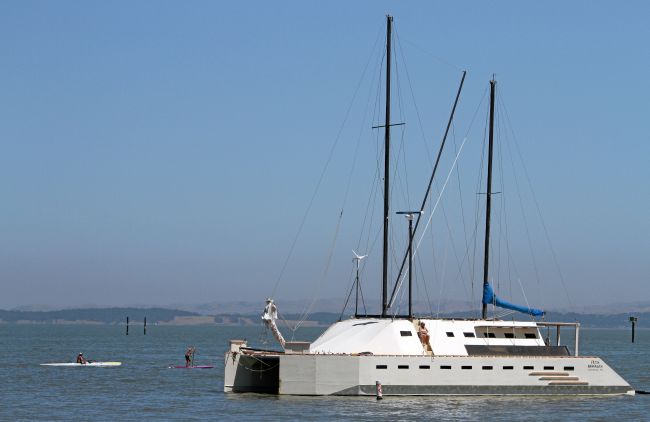 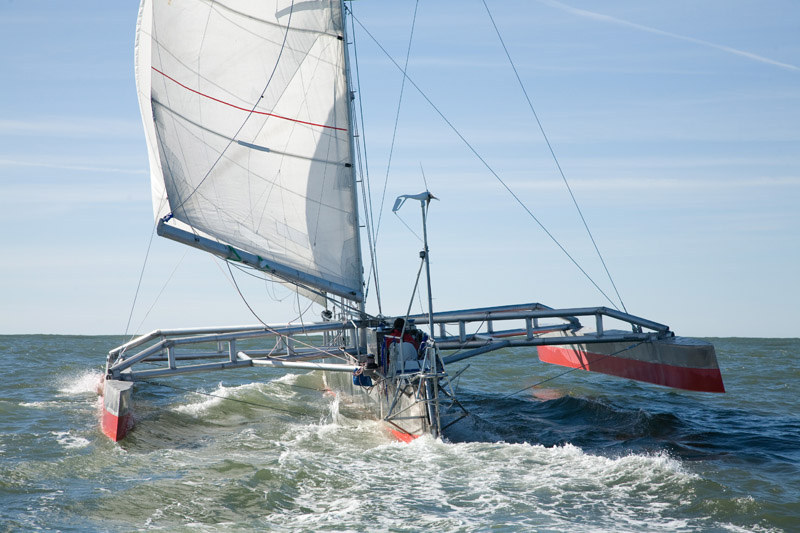 In the hierarchy of nautical folly, HotRod's plasterboard catamaran (Exhibit A) seems to me to be a strong contender for top slot.

Ambassador of the Republic of R'lyeh

Will it be Navy, Air Force or Space Force?

He clearly didn't learn anything from looking at "thousands and thousands of yachts."

Maybe he forgot to mention that he was drunk at the time.

Probably the icon locally, of the Nautical DON'T: 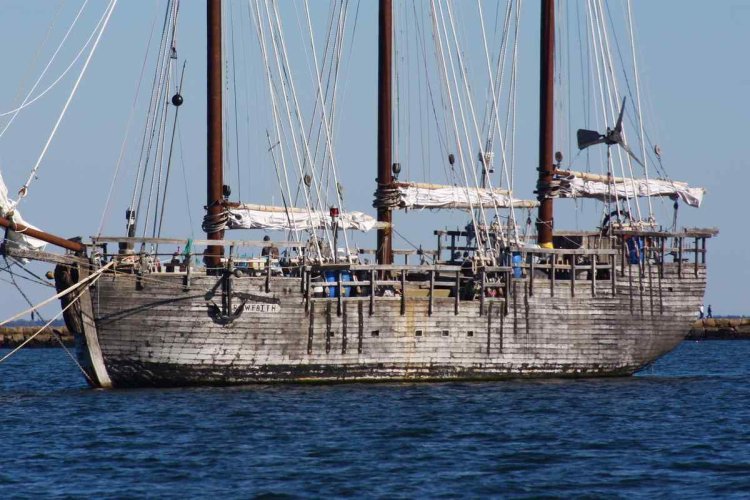 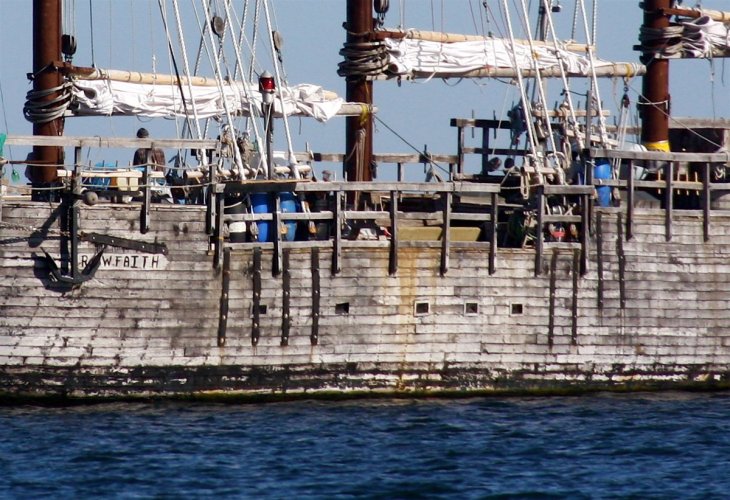 It's found it's home and I'm sure the fish love it.

Within the sailing genre alone, would there be an overall rating system?  (points for ugliness, unseaworthiness, sheer stupidity of design)  Or would each be a class? 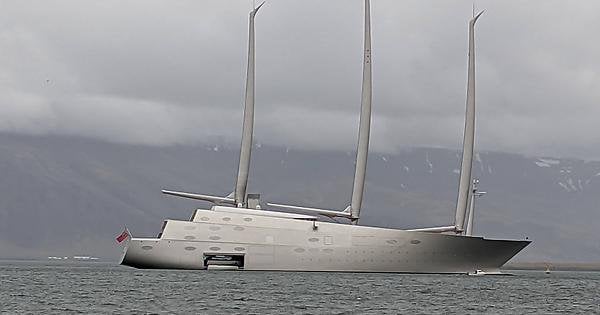 Israel Hands said:
Within the sailing genre alone, would there be an overall rating system?  (points for ugliness, unseaworthiness, sheer stupidity of design)  Or would each be a class?

This thing looks like a wedding cake that someone sat on, on one side.

Israel Hands said:
Within the sailing genre alone, would there be an overall rating system?  (points for ugliness, unseaworthiness, sheer stupidity of design)  Or would each be a class?

It looks like it knows how ugly it is and wants to submerge to hide.

A couple of important factors to consider in choosing candidates:

the USA should establish a National Institute for Nautical Folly 9NINF
Click to expand...

I nominate Trent Reznor for chair.

3. Likelihood of boat and crew becoming a laughing stock on SA.

FV (Floating vessel) Flyin Hawian clearly makes immortal honor roll because of and not despite its demise.   Its build saga and failure to survive a freak event (wave) on its maiden voyage clearly earn the status.  The ability to transmogrify an inheritance to floatsum is admirable.   Its demerits:  It floated on its lines when launched, it made a serviceable barge and I recall it successfully moved under sail (downwind, but it is was a multihull).

Is the ability to waste huge amounts of money in the creation of a custom seagoing eyesore sufficient for folly, or must function as well as form be compromised for ultimate status?  I argue, as the ugly boat advisory board has done, that work boats be exempted if they are economically fit for purpose, though ugly.   Since the only purpose of a megayacht is for the owner to show the world how stupidly rich he is, Sailing Yacht A has met its brief as few rivals will ever do.   Therefore I fear it must be dropped from further consideration.

On the other hand, a work boat that is entirely unfit for purpose, fit for a purpose no sane person would consider, or fit for a purpose that could be done far more efficiently clearly can earn the title of folly.   If it is an attractive folly it might further be nominated for the grand title 'Swimming White Elephant'.

I also humbly request folly status be judged not merely on resources wasted, but graded based on percent of available resources that are wasted.   After  all, its easy for a billionaire to commission an ugly boat he rarely uses without substantially interfering with his ability to be an idle asshole consuming resources.   When a single wide trailer dweller wastes all he has modifying a serviceable boat to monstrosity level his sacrifice should not be ignored due to traditional yachter snobbery, as long as the result is obnoxious enough it immediately becomes the focal point of any confined body of water it displaces.

The category is nautical folly.   Folly on the hard, even if vaguely boat shaped, does not qualify.  Therefore its too early to judge, but I urge the committee to keep SV Rusty Junk under consideration.   The builder is creative, frugal cheap and unfettered by two thousand years of accrued shipbuilding knowledge.    His ability to misunderestimate stresses a boat might encounter exceeds mere eyesore level in achieving true Folly status.  Construction hours alone demonstrate a huge consumption of available resources.   I am hopeful this boat won't fail to disappoint.

Ajax said:
This thing looks like a wedding cake that someone sat on, on one side.
Click to expand... 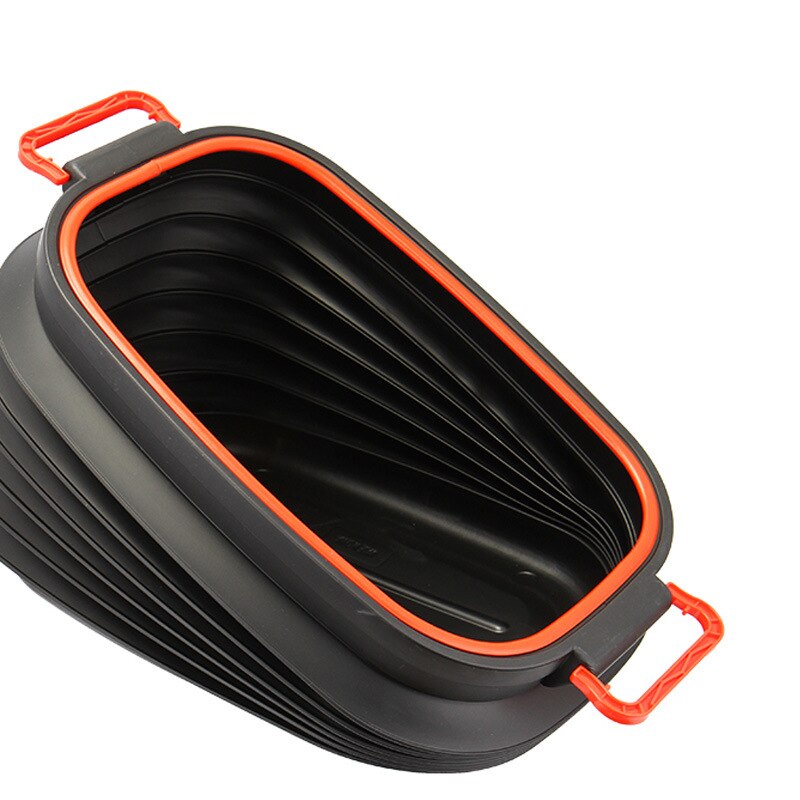 Somehow, these criteria remind me of the proposition that since “science” encompasses all of nature,  it then follows that all (other) literary forms are merely subsets of science fiction.

Factor 2 would rule out most coastal British Isles candidates, along with many Australian and New Zealand ones, which seems short-sighted.

Though,  to be fair,  if they need a helicopter, instead of just a lifeboat then they'd still qualify...