Is there any logic to owning a boat?

This is the first mfucking original on the internet.  Wait for the sound of one hand clapping.

If your desire is to sail on the water for more than a couple of hours, I think a boat is a logical choice.

Any time I see someone post about "Fiat currency" I ignore anything they have to say about economics.
Click to expand...

This is the first mfucking original on the internet.  Wait for the sound of one hand clapping.
Click to expand...

Hey! Look who's out of rehab.

It doesn't appear to have "taken".

hasher said:
Humidity?  Since your offering, I'm a greedy bastard and I want more.
Click to expand...

Been there, sweated through that, it's bullshit. When you hang your g suit in a locker and 12 hours later can't run the zippers because the brass is hidden under a cloak of green powder, that's hot; it's not dry bulb temperature you are feeling.

Caliente said:
The hottest month in the Philippines is May, with an average high of 92. Please don’t go there, it is just awful
Click to expand...

It feels like Hell. I remember one of my friend's asking me if I knew the Filipino national pastime? Sweating.

Well as it happens i got an alert about this beauty earlier. Talk about running costs being more important than purchase price. Surely a few friends "investing" and a lick of paint here and there and we good to go ???

Adventure, Freedom, Discovery, Love, Lust, Control of your own boat,  Your own destiny, expanding your somewhat insulated views of the world that we live upon. Lets not forget Sundowners, Solving the worlds problems with fellow sailors while drinking lot of rum, yes.

For me Mark Twain summed it up best with these quotes:

than by the ones you did do. So throw off the bowlines, sail away from the safe harbor.

Catch the trade winds in your sails. Explore. Dream. Discover.


Travel is fatal to prejudice, bigotry, and narrow-mindedness, and many of our people need it sorely on these accounts. Broad, wholesome, charitable views of men and things cannot be acquired by vegetating in one little corner of the earth all one’s lifetime..


There is no unhappiness like the misery of sighting land (and work) again after a cheerful, careless voyage.

Caliente said:
While going through the process of looking for my dream boat I have found myself trying to explain the purchase to my friends and family and realize almost everything I say to them sounds completely irrational. In particular it probably (she would never be confrontational like a western woman) sounds crazy to my long-distance filipina girlfriend, since you can buy a nice little two hectare farm on the oceanfront there in the province (translates roughly to middle of nowhere on a small island only accessible by bangka) for $10,000, complete with money producing coconut trees. It all started when I got on Yachtworld a few months ago to help a friend find a powerboat...

My best rationalization thus far has been "I don't feel comfortable with fiat currency right now with all the government spending, and need to put money into tangible assets. Land is overvalued, I couldn't even find an affordable winter home in Florida bigger than a trailer to spend the next cold winter." Injecting "fiat currency" into the discussion has been helpful to confuse most of those that might try to talk me out of it.

I'm just ventilating, since I know most people here share my mental illness. The best reason for buying a boat is always "f*$&amp;  it, I just want it." But it might settle my nerves if I hear a few craziness stories from other people.

Sailboats a cheap free. I don't understand your point.

It’s a broad reach, the boat is in the groove and trucking nicely, we’ve more than enough horsepower. I hear a faint ‘pressure’ and bear off another 5-10 degrees, well at least I think so as its so bloody dark I can’t see the masthead and some numpty is standing in front of the compass again. Out of the darkness to windward I hear a sail start to flog then faint shouts of alarm before an awful tearing sound. Then the gust hits, the TWS jumps from 15’s to 20, then 22-23 and the wind goes forward. The boat heels another 10 degrees before converting the energy into go-forward mode and then just takes off like a runaway train. Which would all be fine except we have our biggest light air kite up which will take itself down in anything above 18 knots, and I am threading the needle between a  leeward and windward boat a dozen lengths apart. I can’t bear away to soak up the new pressure and can’t ease the kite anymore without it flogging itself to death, so as the crew frantically call for bodies to help get the kite down, my lizard brain has taken over and I’m utterly focussed on keeping the boat under control and trying to keep it pointing for the exit.

To leeward we hear sails flogging and shouting to add to the cacophony coming from the right as the wind settles over 20kn, the boat speed pegs up into the high teens, we’re borderline luffing on a beam reach with the big VMG kite well out of wind range and angle trying to hold shape with traffic to either side of us. I  wipe spray from my eyes and to windward a dark shape materialises, it’s a bow facing us, heeled right over with sails flogging madly, it sounds like gunshots in the dark. I twitch the helm down to give us some room, frantically peering through the dark trying to pick out where the leeward boat is, I’m dimly aware of the crew madly prepping for dropping the kite. Despite the conditions the boat is under control but I am now pointing way off, running as deep as I can to try and keep the pressure off the kite, which would be almost peachy except there is a fucking great boat somewhere there to leeward right on our course line.

There! I see torchlight on a sail, it’s forrard on our beam a half  dozen boat lengths away. I look up, it’s so dark the masthead light on the wind vane looks like it is floating in space as I inch the bow up a few degrees. The crew bellow in response, we’re luffing and on the verge of losing it. This is getting way too dangerous and I call for setting up for a crash gybe, then I hear ’override on the main sheet’. Aw fuck. I have visions of broken rigging and sails as I push another few degrees higher, the boat shaking its head in protest as the two sails fight each, one trying to go downwind whilst the other tries to head us up.

Then the gods must have decided they’ve fucked with the humans enough for the time being, the clouds slide away and the full moon re-appears, bright enough to cast shadows and mercy be I can see again. The leeward boat is off our port bow pointing up wind with their kite wrapped around the forestay, the windward boat is just behind us with bits of rag streaming from everywhere as we shoot out of the closing gap going like a scalded cat.

The kite is just coming down as I sneak a glance at the wind speed, still 23 knots, a good 5 knots above the kites rating yet miraculously it’s still in one piece. The boat speed washes off and I start to relax as the moonlight reveals clear water in front, cognitive ability starting to return as the adrenaline starts to dissipate. I will my fingers to ease up on the death grip on the helm as I feel a tug on my harness. I turn to see the watch captain grinning like a loon holding out a beer, which is a bit weird as we don’t drink when racing. But the crew had just done a great job in tough conditions in keeping it all together and a strong drink seemed rather appropriate all of a sudden. It was a calculated decision, betting on the skill of the crew and the boat against a fucking big repair bill.

I hear an unsettled voice from the darkness, it was a mate that I had forgotten was on board, a first timer lured out by the promise of a moonlight sail…“well, I just got a hard on and shit myself all at the same time…”

That's why I own/ed boats.

Logic can go fuck itself.

The only person who ever needed a boat was Noah.

jerseyguy said:
The only person who ever needed a boat was Noah.
Click to expand...

yes, as long as you sail her everywhere and all the time.

Caliente said:
Nothing like four new friends taking their tops off after going tubing.

Logic? If owning a boat gets you that right there, you have all the justification you need, bud. Who gives a shit what anyone here thinks? 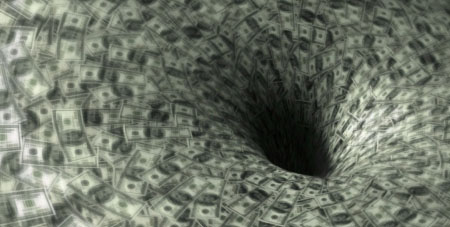 “To be truly challenging, a voyage, like a life, must rest on a firm foundation of financial unrest. Otherwise, you are doomed to a routine traverse, the kind known to yachtsmen who play with their boats at sea... "cruising" it is called. Voyaging belongs to seamen, and to the wanderers of the world who cannot, or will not, fit in. If you are contemplating a voyage and you have the means, abandon the venture until your fortunes change. Only then will you know what the sea is all about.

"I've always wanted to sail to the south seas, but I can't afford it." What these men can't afford is not to go. They are enmeshed in the cancerous discipline of "security." And in the worship of security we fling our lives beneath the wheels of routine - and before we know it our lives are gone.

What does a man need - really need? A few pounds of food each day, heat and shelter, six feet to lie down in - and some form of working activity that will yield a sense of accomplishment. That's all - in the material sense, and we know it. But we are brainwashed by our economic system until we end up in a tomb beneath a pyramid of time payments, mortgages, preposterous gadgetry, playthings that divert our attention for the sheer idiocy of the charade.

The years thunder by, The dreams of youth grow dim where they lie caked in dust on the shelves of patience. Before we know it, the tomb is sealed.

Where, then, lies the answer? In choice. Which shall it be: bankruptcy of purse or bankruptcy of life? ”
― Sterling Hayden, Wanderer

To the original question.   Of course not.