P_Wop said:
And there's only enough fuel on board for 10 years of manoeuvering, so after that she'll be dead, Jim.
Click to expand...

NASA is already talking about robotic refueling. Mentioned towards the end of this very good video.

While I like the collaboration between the USA, Canada and the EU on this thing, hopefully it is the last time we launch one of these behemoths for a while.

The real opportunity now is in interferometry with wide-spectrum light sensors in a fleet of tiny, cheap satellites and then park the whole array somewhere far beyond the orbit of the Moon.

We would be able to see far greater detail with an interferometer like this than a fancy orbiting telescope. An array of sensors can shit all over a single expensive point source ...

SloopJonB said:
Hubble is 30 and was designed for only 15.

Maybe Webb will do as well.

I can't wait for the pics of the beginning of time.
Click to expand...

No the webb gets 10 years 12 if we are lucky by then runs  out of fuel which cant be replaced and is required for station keeping in its odd orbit.

Keeping web running after that requires building a new power and station keeeping sustem that then attached to the web.

Hubble lived due to several servicing mission by the shuttle.

I've seen debated that launching an updated version of the Webb telescope after it runs out of fuel will be more cost effective than a service mission to the existing one.

Did the thing unfold like planned. Saw a special on it and the engineers said that process has hundreds of single point failure opportunities with no backup/redundant system for that.

The first steps of the "unfolding" were successful but there are a lot more to follow:

There is a not so very obvious scroll bar on top op the second site to scroll though the various steps in detail.

Why do they need a sunshield at L2? Isn't L2 in perpetual shadow by definition?

Since they use solar panels for power it can't be completely in the shade.

it's a gravity thing not a light/shadow thing.

It isn't exactly in the earth's eclipse. If you draw a line from the sun to the earth to L2 (line of syzygy), the JWST is 'orbiting' about that line, a Lissajous orbit of about 670km (JWST will be different). It then uses its solar array for electrical power and hydrazine (developed by the Germans during WWII) for thrust corrections about L2. When the hydrazine runs out, it dies. L2 actually moves which is one reason for course correction.

L1 is between the earth and the sun. It's used for solar research. L2 is used for deep space because the earth is just too freakn' bright for an experiment that is looking for a photon a minute. 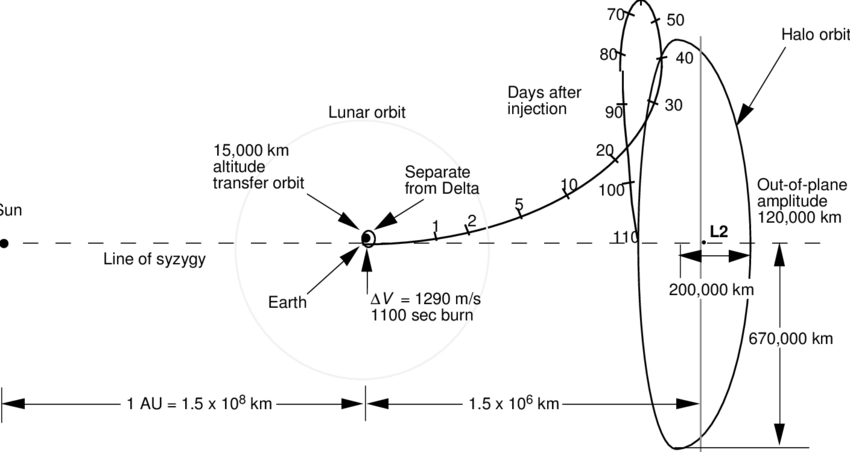 I didn't read anything about the Poles being involved in this.

peragrin said:
No the webb gets 10 years 12 if we are lucky by then runs  out of fuel which cant be replaced and is required for station keeping in its odd orbit.

Keeping web running after that requires building a new power and station keeeping sustem that then attached to the web.

Hubble lived due to several servicing mission by the shuttle.
Click to expand...

I suspect they'll find a way around it - decades of work and gigabucks spent are a pretty fair incentive.

A better graphic of the Lagrange points. The size of the Lissajous orbit is a LOT larger, a 100 times larger, than the Earth. So there isn't any eclipse going on. We have plenty of satellites at L1 and L2. 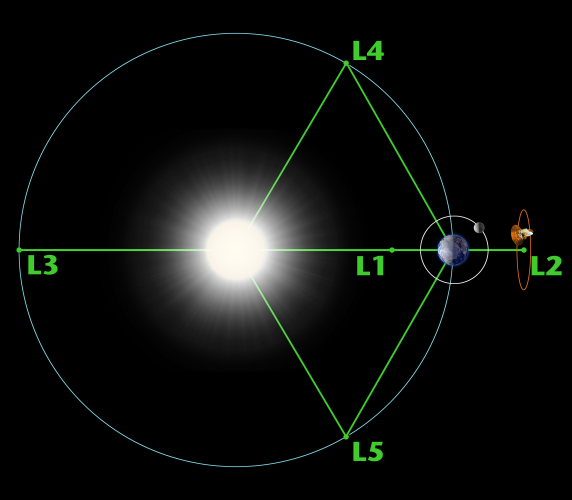 The first picture taken by the Webb telescope was just released 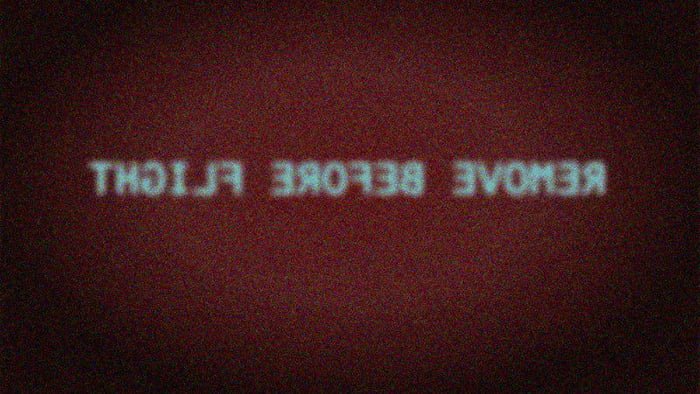 Should have added this sooner....

James Webb before transitioning into a space telescope 1992.

Dude looks just like I would expect an Administrator should. 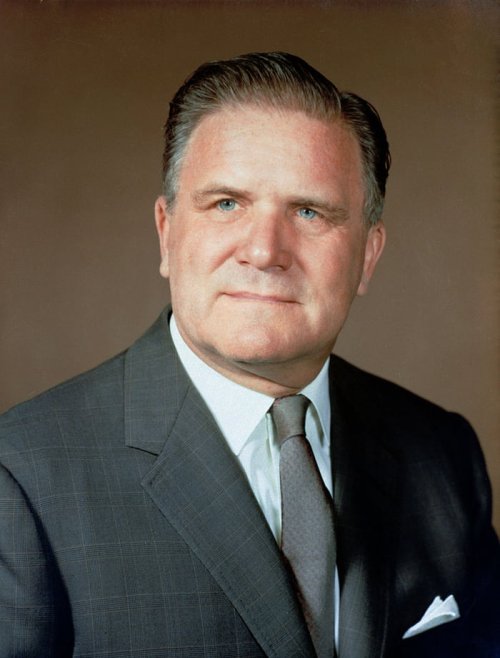 hobot said:
James Webb before transitioning into a space telescope 1992.

I see what you did there. You unnecessarily capitalized "administrator"!

Cool link to monitor the progress.

Not far from the halfway mark.

A friend, an engineer for JWST, shared these two updates -


Launch went flawlessly. In my pre-launch posting I described how we needed the rocket to leave us under-speed, but then we needed a pair of critical engine burns to get us to the proper speed. Any delay would have consumed precious mission fuel. Well, the first burn went exactly on time and hit within 1% of target… ditto for the second burn. Hitting these milestones so well means we have WAY more fuel than both the mission requirement of 5 years, and mission goal of 10 years.. good to know when fuel is the only thing we know that would eventually bring the mission to an end. Our solar array autonomously deployed making us power positive, our communication systems have been great, and attitude control is working just like it should… all the critical basics for the mission.

Deployments have been exciting. Yesterday we dropped the two long structures that are storing the sunshield and everything is just like we want. Today we are deploying the tower that separates the cold telescope from the hot spacecraft by six feet. I can’t comment on that as it hasn’t been announced by NASA yet and it is only 40% done but I’m typing on Facebook… read into that what you want.

Yesterday the Deployable Tower Assembly...well...deployed. This moved the telescope four feet away from the spacecraft bus (the thing carrying thrusters, transmitters, solar array, etc.). The sunshield will be deployed in a few days in this gap creating a cold (the telescope) and hot (the bus) sides of the spacecraft. Everything went smoothly (almost boring...just like we prefer).

Today we'll release the Mid-Infrared Instrument (MIRI) cryocooler compressor assembly from its launch restraints, deploy the Aft Momentum Flap that reduces solar pressure imbalances on the spacecraft, and uncover the sunshield layers that are still folded on the UPS assemblies (large arms) that we dropped into place a couple of days ago.

random. said:
"The James Webb Space Telescope, according to NASA, will replace the Hubble Space Telescope, as its flagship astrophysics mission. ... While his name may be synonymous with the Apollo moon landing, he is associated with being complicit in the discrimination against gay and lesbian NASA employees."
Click to expand...

Antifa should tip over that damn telescope.