Grande Mastere Dreade said:
he IS 90.  what do you think you're going to look like when you're 90 ?
Click to expand...

Grande Mastere Dreade said:
his son married Mandy Smith's mother after his father divorced Mandy,  so get your story straight..  btw Bill started dating Mandy when she was 13..
Click to expand...

Oh, sorry. I didn't realize they had become a perfectly normal family.

And get your hands off my sister, uncle dad.

SloopJonB said:
Bill Wyman and his son hold the record for that sort of thing.

Wyman married the daughter of his son's wife.

Just try and figure out the "inlaw" and "step" relationships of that one
Click to expand...

There's a USA country song just for that occasion "I'm my own grandpa".  .  .

Well since we're on the subject:

"Pastor, if my wife and I get a divorce, is she still my sister?"

And get your hands off my sister, uncle dad.
Click to expand...

"You can bang anything,

That you find in the farmyard,

But don't touch your sister,

The Best British Gag Ever

A man and his wife are dining out for the evening for a multi-course meal in an expensive Italian restaurant.

The lights are low, the tables are lit by candle, the air is punctuated with the smell of fresh pizza dough, herbs and spices. They hear romantic music, piano music, gently played in the background. It’s a truly remarkable evening.

Towards the end of the meal, the man walks over to the piano player to compliment him on his beautiful song choice.

Man: “The song you were just playing, what is it called?”

Man: “and the song before that?”

Piano Player: “My Daddy ain’t no Motherfucker, no more”

Man: “and the first song you played”

By now, the man is incredulous, his British flabber is well and truly ghasted.

Man: “but, but … these songs, they are so beautiful and yet they have such crude and filthy names, why?”

Piano Player: “well, they are all of my own composition and they are instrumental only, no lyrics. It’s just a bit or fun really, no one ever asks what they’re called.”

Man: “I see, I see. Well, I came over to congratulate you in the first instance for your contribution to such a wonderfully enjoyable evening for my wife and I.”

“Secondly, I was planning to invite you to play at our mansion next Friday for an important dinner party we are hosting … but now that I know what your songs are titled … I’m not so sure that’s such a good idea”

Piano Player: “Thank you for the compliment, and I am available to play next Friday if you wish.”

Man: “Well, you may play, but on the strict condition that you do not reveal those horrendously crude song names to any of our guests.”


Next Friday rolls around and the door bell rings at 7:25pm for a 7:30pm dinner invitation. Stood at the door is a dishevelled looking piano player, all hurried and bothered. The man answers the door.

Man: “Where have you been? The party starts in 5 minutes, our guests will be arriving any minute now!”

Piano Player: “I’m sorry, the bus was late. Then there was traffic. I got here as fast as I could.”

Piano Player: ”May I first use your restroom to freshen up and have a wank.”

Piano Player: “Have a wank, y’know beat the meat. Flog the dolphin. Stroke the salami.”. “It relaxes me”

Man: “Yes! Yes! bathroom is up the stairs, first on the left.” “Please do hurry, our guests will be here any minute now.”

The piano player runs up the stairs, locks the bathroom door and furiously attends to his business.


5 minutes later, the bathroom door opens and a relaxed, perfectly presented and coiffured piano player presents himself at the top of the stairs.

The man is stood at the bottom of the stairs patiently awaiting his appearance.

As the Piano player descends the stairs, the man notices:

Man: “My god man, don’t you know your zip is down, your cock’s hanging out and there’s spunk all over your trousers?”

Piano Player: “Know it? I fucking WROTE IT!”
J

Grande Mastere Dreade said:
if i buy 5 - fiths of gin,  do i have a whole gin?

The gin, the whole gin and nothing but the gin so help you God? 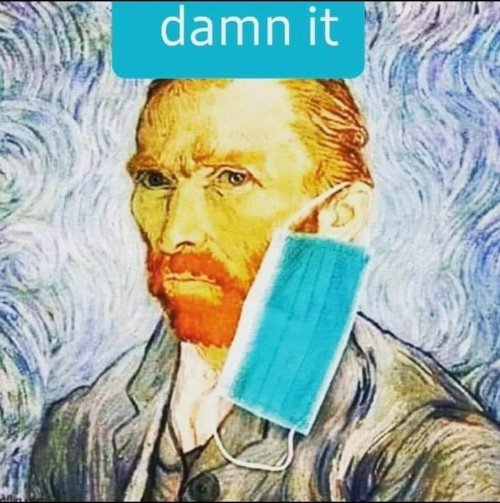 Now that is funny. 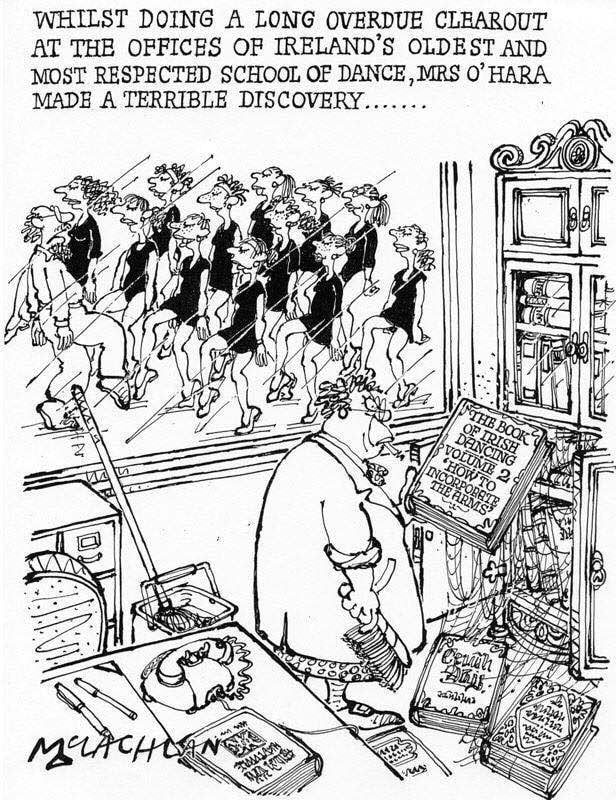 Wife: "Do you want dinner?"
Husband: "What are the choices?
Wife: "Yes or fucking no." 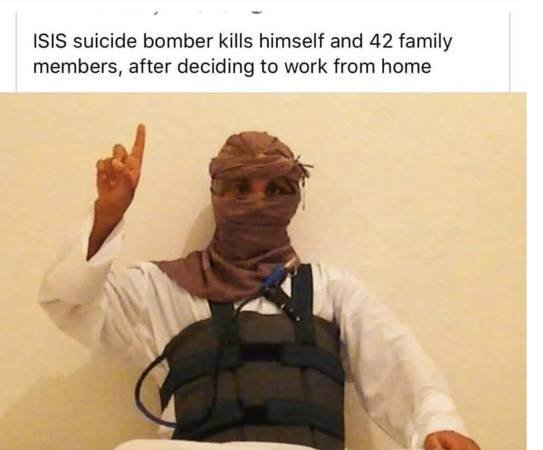 Irishman's first drink with his son

While reading an article last night about fathers and the sons, memories came flooding back to the time I took me son out for his first pint.

Off we went to our local pub only two blocks from the cottage.

I got him a Guinness. He didn't like it, so I drank it.

I thought maybe he'd like whisky better than beer so we tried a Jameson's; nope!

In desperation, I had him try that rare Redbreast, Ireland's finest whisky.

He wouldn't even smell it.

What could I do but drink it!

By the time I realized he just didn't like to drink, I was so shit-faced I could hardly push his stroller back home!!!

I went into the confessional box after many years of being away from the Catholic Church.

Inside I found a fully equipped bar with Guinness on tap. On one wall, there was a row of decanters with fine Irish whiskey and Waterford crystal glasses.

On the other wall was a dazzling array of the finest cigars and chocolates.

When the priest came in, I said to him,"Father, forgive me, for it's been a very long time since I've been to confession, but I must first admit that the confessional box is much more inviting than it used to be."

AN IRISH BLONDE IN A CASINO

An attractive blonde from Cork, Ireland arrived at the casino. She seemed a little intoxicated and bet twenty-thousand Euros on a single roll of the dice.

She said, "I hope you don't mind, but I feel much luckier when I'm completely naked."

With that, she stripped from the neck down, rolled the dice and with an Irish brogue yelled, "Come on, baby, Mama needs new clothes!"

As the dice came to a stop, she jumped up and down and squealed: "YES! YES! I WON, I WON!"

She hugged each of the dealers and then picked up her winnings (and her clothes) and quickly departed.

The dealers stared at each other dumbfounded. Finally, one of them asked,"What did she roll?"

The other answered, "I don't know - I thought you were watching the dice."

MORAL OF THE STORY:

Not all Irish are drunks.

Not all blondes are dumb.

Paddy &amp; Mick find three grenades, so they decide to take them to a police station.

Mick: "What if one explodes before we get there?"

Mick goes to the vet with his goldfish. "I think it's got epilepsy", he tells the vet.

Vet takes a look and says, "It seems calm enough to me".

Paddy spies a letter lying on his doormat. It says on the envelope: "DO NOT BEND ".

Paddy was driving home, drunk as a skunk, suddenly he has to swerve to avoid a tree, then another, then another. A cop car pulls him over as he veers about all over the road. Paddy tells the cop about all the trees in the road.

Reilly went to trial for armed robbery. The jury foreman came out and announced, 'Not guilty.'

His wife says: "Why don't you put an ad in the paper?"

The farmer does. Two weeks later the dog is still missing.

"What did you put in the paper?" his wife asks.

Paddy's in jail. The Guard looks in his cell and sees him hanging by his feet.

"What the hell you doing?" he asks.

"It should be around your neck", says the Guard.

An American tourist asks an Irishman: "Why do Scuba divers always fall backwards off their boats?"

To which the Irishman replies: "If they fell forwards, they'd still be in the bloody boat."

Murphy told Quinn that his wife was driving him to drink.

Mrs. Feeney shouted from the kitchen, 'Is that you I hear spittin' in the vase on the mantle piece?'

Finnegin: My wife has a terrible habit of staying up 'til two o'clock in the morning. I can't break her out of it.

Keenan: What on earth is she doin' at that time?

Slaney phoned the maternity ward at the hospital. 'Quick!'he said. 'Send an ambulance, my wife is goin' to have a baby!'

'Tell me, is this her first baby?' the intern asked.

My Mother wanted me to be a priest. Can you imagine giving up your sex life; and then once a week people come in to tell you the details and highlights of theirs?

When women go to choose a husband, they have to follow the instructions at the entrance:

"You may visit this store ONLY ONCE! There are 6 floors and the value of the products increase as you ascend the flights. You may choose any item from a particular floor or may choose to go up to the next floor, but you CANNOT go back down except to exit the building!"

So, a woman goes to the Husband Store to find a husband.

The 1st floor sign reads: Floor 1- These men have jobs.

The 2nd floor sign reads: Floor 2- These men have jobs and love kids.

"Wow," she thinks, but feels compelled to keep going.

She goes to the 4th floor and the sign reads: Floor 4- These men have jobs, love kids, are drop-dead good looking and help with housework.

Still, she goes to the 5th floor and the sign reads: Floor 5- These men have jobs, love kids, are drop-dead gorgeous, help with housework and have a strong romantic streak.

She is so tempted to stay. But she goes to the 6th floor.

The sign reads: Floor 6- You are visitor 31,456,012 to this floor. There are no men on this floor. This floor exists solely as proof that women are impossible to please. Thank you for shopping at the Husband Store!!

The year was 1947. Some of you will recall that on July 8, 1947, nearly 73 years ago, numerous witnesses claim that an Unidentified Flying Object, (UFO), with five aliens aboard, crashed onto a sheep and mule ranch just outside Roswell, New Mexico.

This is a well-known incident that many say has long been covered-up by the U.S. Air Force, and other Federal Agencies.

However, what you may NOT know is that during the month of April 1948, nine months after the historic day, the following people were born:

This is the obvious consequence of aliens breeding with sheep and jack-asses.

I know, I know, take it to PA.  But I thought it was amusing.

From our erudite and foul-mouthed friends in Great Britain, I give you the

NSFW, but you're all working from home anyway, so WTF.

Doesn't mean the breeding thing was incorrect - aliens have been visiting for a long. long time.

Personally I think all those assholes are Lizard People.