Has anyone had an issue taking a Laser tiller/tiller extension as a carry-on on a plane?

Wouldn't they be afraid that you might use the Laser to blind the pilots?

It's not a tiller, it's a club. Will probably be classed as dangerous or hazardous and be put in special cargo.

At the very least it will go to checked baggage, or the flight attendants super special hold with strollers and paintings.

It won't make carry on. Too dangerous.

Carried Sunfish tillers on-board a few years back (pre 9/11) and they went into the hanging closet at the front of the plane until we reached San Juan, PR. From there we were questioned on what they were and what are we using them for. Eventually an attendant carried them from the check-in counter out to the plane, handing them to a baggage handler who placed them in the luggage cabin. (small puddle jumper plane)

Nowadays I would not even consider it, I am sure they would be taken away never to be seen again.

You can bring it in a well-padded mailing tube in the event you have to check it. Leave it untaped and see if you can get it past the TSA professionals. Don't tape it closed, because they will want to see it (have some strapping tape with you to close up the tube in the event they need you to check it). I've never seen anyone have to check a cane (can you limp convincingly?). No matter 'the rules', your experience may be different at different airports.

I suspect it would be too small for most airplane types 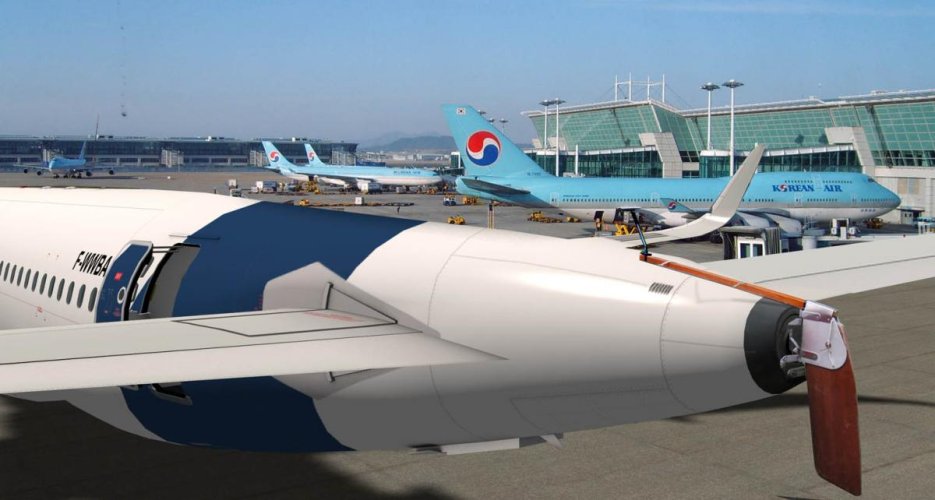 as a general rule: i'm there where there is no win

thengling said:
I suspect it would be too small for most airplane types

...brought my laser tiller and extension for an Alaska Airlines flight ~3yrs ago,,,

it was initially poking out of a duffle bag,,,there was no waythey's allow it as it was, nor as carry on.

The tiller ended up being it's own piece of checked baggage at it's own 'special' price :mellow:

There's a special deal that golfers get on many airlines,,,that's how many kiteboarders get 2 boards,3 kites to Baja,,,

Carried my Acme tiller and extension as hand luggage to some dodgy places including Egypt with no problems.

Major Tom said:
Carried my Acme tiller and extension as hand luggage to some dodgy places including Egypt with no problems.
Click to expand...

Kid had his really expensive LAX stick taken out at the gate and we were forced to pay full Checked bag fee on the damn thing last summer... They said it was a club, no go as cary on. So I would check it in tube like guy above said. might save you some coin...

I used a drafting tube and took it as carry-on, but that was almost 20 years ago.

Carried snipe rudders on many times. No issue

The guys at the airports are ALWAYS very very interested in my giant reinforced gun case . It holds my centerboard, rudder, and tiller extension

Along with measuring tools if I am pulling that duty

If your just taking a tiller and extension, when I traveled for regattas I would build a container for it. Big black PVC, with a cap on one end, and a screw cap on the other. It tends to look a little like a bomb... BUT, put plenty of sailing stickers on it, tape a piece of paper on it saying something to the effect of "athletic equipment- sailing equipment", just something to describe it. Its super durable and everything inside will survive. When I traveled, I chartered the boat, spars and blades. Just took my sail, control lines, and tiller and extension. Made travelling much easier.

On plane, hand to attendant - they have a place for canes and things

Flown regularly with mine, no issues. Prep well and smile.

+1 on the PVC tube idea. Bought back two fishing poles from Puerto Rico that way. Poles split in half, tube was maybe 5' long. Use socks or shirts for padding. Was on Southwest so counted as a regular checked bag, flew for free!