Diamondes our a girlles beste frende, a girlle cane be a boyes beste frende, butte notte allwayes... somtimes juste bening oune of the guyes ist what we neede........         normang if you wille....

I believe the technical term is "pisslozenge."

Fans of the video game “War Thunder” are so passionate about the game that they’ve taken to sharing actual classified schematics for real-life military vehicles in an effort to win arguments with complete strangers online.

How do we know the documents are authentic? Well, they’re pictured next to the weapon itself.  The weapon in question is the DTC10-125, an anti-tank round fielded by the modern-day Chinese military. Also known as a kinetic energy penetrator, its job is to punch through metal and breach the internal compartments of a tank and knock it out of action. As such, its capabilities are a closely guarded secret. Or at least they were until someone on the War Thunder forums got into an argument and needed to prove a point.

And this isn’t the first time these forums have become an outlet for technical leaks.

Back in July 2021, someone who very possibly could have been a commander in the Royal Tank Regiment of the United Kingdom, uploaded some documents to the “War Thunder” forums detailing the technical specifications of Britain’s Challenger 2 tank. Presumably, this was in an effort to prove that the game had gotten details wrong about the tank.

“We have written confirmation from [the Ministry of Defence] that this document remains classified. By continuing to disseminate it you are in violation of the Official Secrets Act as stated by the warning on the cover of the document, an offense which can carry up to a 14-year prison sentence if prosecuted. Of this you are already aware, as a service person you have signed a declaration that you understand the act and what actions it compels you to take,” wrote a message board moderator after the 2021 incident.

That, unfortunately, did not stop the gaming community from their eternal quest of proving someone else wrong on the internet.

A few months later, there was a second leak, this time because it was extremely important to someone out there that the French LeClerc Main Battle Tank have a more accurate depiction in a video game where people wage simulated war.

The most recent leak, from someone with access to the latest technical manuals from China’s People’s Liberation Army, occurred because a user wanted the game’s Chinese battle tanks to have better in-game stats.

SloopJonB said:
Probably why I always preferred the company of women.
Click to expand...


Snaggletooth said:
Diamondes our a girlles beste frende, a girlle cane be a boyes beste frende, butte notte allwayes... somtimes juste bening oune of the guyes ist what we neede........         normang if you wille....

And I’ve always preferred the company of men, always worked professionally with men, grew up in a male-centric home, and raised sons.
But as Shania said “The best thing about being a woman
Is the prerogative to have a little fun”.

I think I found the soul train 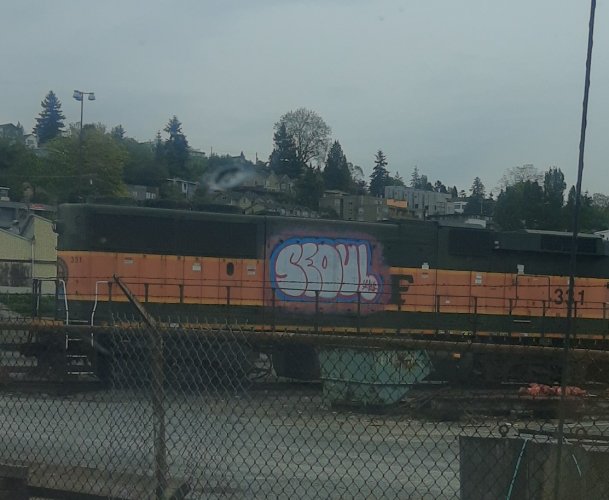 Remember this likely went through a graphic design process, proofing( I would assume),  before print layout,  printing, attachment to bottle and then to market- and nobody noticed-well it does mention Nova Scotia so there's that.
Click to expand...

Don't discount the possibility that they knew exactly what they were doing.  We name the robots in the factory, always with a backstory or pun or similar.  When I was in charge of our IT infrastructure all the servers were named for beers helles, pilsner, wiessbier. it's what we do to keep from going insane.

bowman81 said:
it's what we do going insane.
Click to expand...

bowman81 said:
Don't discount the possibility that they knew exactly what they were doing.  We name the robots in the factory, always with a backstory or pun or similar.  When I was in charge of our IT infrastructure all the servers were named for beers helles, pilsner, wiessbier. it's what we do to keep from going insane.
Click to expand...

You could be right, I recall one wine craftily called "Fat Bastard" that flew off the shelves because of the name.

Many people apparantly delighted in presenting the wine to their dinner hosts.

FUJIMO..... and I'm taking the treehouse with me!

It's just sick, and not in a good way, okay?

Point Break said:
There is no doubt there are occasional excesses which are usually dealt with informally and sometimes more formally for egregiously stupid “pranks”. There is also no doubt there are some personalities that do not “mesh well” with the culture. Most of them are harmless and really pretty funny. The bucket of water dumped off the roof onto a promoted individual on his/her last shift before transfer and several other methods of wetting celebratory ceremonies. There are so many…..
Click to expand...

Hole in an open soda can 1" below the lip

Saranwrap over the toilet bowl (different kind of wetting)

Hole in an open soda can 1" below the lip

Saranwrap over the toilet bowl (different kind of wetting)

130lights said:
This would be great for potty training little boys.
Click to expand...

Cheerios in the bowl water worked great for my two boys.  Try to sink them

Probably THE most disgusting beer, if you want to call it "beer", that I've ever had.   And I thought Coors and bud light was disgusting......

Well . . . no. But the video ends rather abruptly. Who knows what happened next.