Look what showed up in SUBIC?!

Monkey said:
But we know how to work the caps lock key, so are intellectually superior.
Click to expand...

now now, to his credit I did see one post roadkill made that was in lowercase.....so at least he has that going for him.

ROADKILL666 said:
TO ALL YOU PEOPLE INSULTING ME FOR MY OPINION ARE REALLY SMALL AND ARE KEYBOARD TOUGH GUYS.GET A LIFE.
Click to expand...

Grow up child and stop smashing your keyboard.

hobot said:
now now, to his credit I did see one post roadkill made that was in lowercase.....so at least he has that going for him.
Click to expand...

I’m guessing his cat stepped on the keyboard.

George Hackett said:
We met Sean later and that is part of the game plan.  Do some battles with Beau Geste.﻿
Click to expand...

They should do well.  The ORMAs are still fast.  Didn't an ORMA beat Maserati and Phaedo (both MOD70s) in the transpac last year?

can-UK said:
They should do well.  The ORMAs are still fast.  Didn't an ORMA beat Maserati and Phaedo (both MOD70s) in the transpac last year?
Click to expand...

Yep, Mighty Merloe did beat those guys, with Loick Peyron onboard (great help for them)

Here is how they cleaned up the nightlife scene at Subic Bay. The Navy just moved the whole officers club bar at Cubi Point to the Naval Air Museum in Pensacola!


Oh yes, enjoyed myself thoroughly living there in the late eighties before Mt Pinatubo blew. Not everyone's cup of tea, though.  An absolute shit-hole, but a fun one, once you learned to roll with it, or even press the pedal further. Lost my wallet one night, dancing on top of a car while it drove through Olongapo. I was in THE ZONE.  The bar in Pensacola is exactly the one that was in Cubi. They disassembled it, shipped it, reassembled it, and I'll vouch for it's accuracy.  Always a couple of SEALs around too, to go explore the more remote, dangerous, and illegal surf spots with. Shit, I remember one time during Typhoon Ruby...

Typhoon Ruby must have been a pole dancer at the Cubi Bar.

Is this her, no wait, that was Jack Ruby's stripper girlfriend. 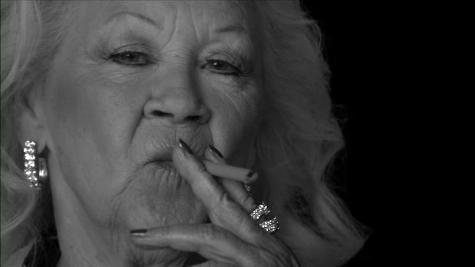 Hey, no argument about Po City being a shithole but to be fair, Subic Bay was  one of the most beautiful natural harbors I've ever seen, comparable to anything in Hawaii. There's a lot of beauty in that country if you can overlook the poverty and conditions.

It would not be possible to express how disappointing it was to find out that this thread was not about Rimus.

Cee U Next Tuesday PBO

PBO said:
Ran out of food on the delivery apparently. Great seamanship. Hopefully Witty doesnt lose anyone off this thing
Click to expand...