RobinC said:
I think I said this earlier but once again upon revisiting it I'm so proud of the fact that the Pacific Northwest and Southwest BC is so well represented in this thread. I know NorCal has got HR and Rimas, but what we lack in quality we make up for in sheer hippiness! This one though has to be be seen in the context of Vancouver being the world's more unaffordable city. If this gilnetter cum condo is a few hundred square feet for $10K and it's not going to sink in the next couple of years and it's $350 /mo to stay, that is a worthy deal indeed. There's probably some detail about how you're not allowed to live aboard but with a boat like that who's going to come looking.

Sadly I just reviewed the most recent 1000 posts on Vancouver CR and have nothing to share unless we start a thread for outrageously priced moorage deals.
Click to expand...

I offer you this comparison. Craiglist province list has a newf-lab list,[Newfoundland, the other side of Canada] and look at the capital city.

Newfoundland is surrounded by frozen water, hence no boats.

Boats are passed down father to son.

Everyone in Newfoundland is still working in Alberta.

There are not enough computers or electricity in most of NF and Windows 95 is still supported there..

This would be because in Eastern Canada we tend to use Kijiji more:

Cape Breton Island get its own region: http://www.kijiji.ca/b-boat-watercraft/cape-breton/c29l1700011

Thankfully this one is not from right around here, or I might have to go look just to try anf figure out WTF that stuff is built across the top of the boat. And what makes the owner seller think this is a sailboat? Usually sailboats have poles and string and stuff.

It's a catamaran sailboat! 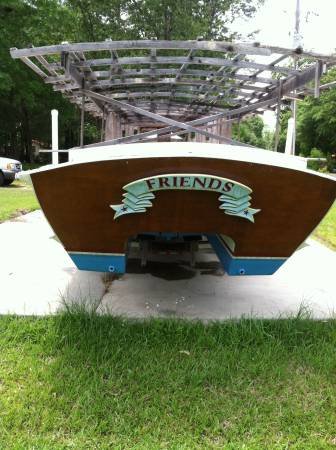 We might need a new listing for Kijjiji mockings, lets see if the OP lets it go. 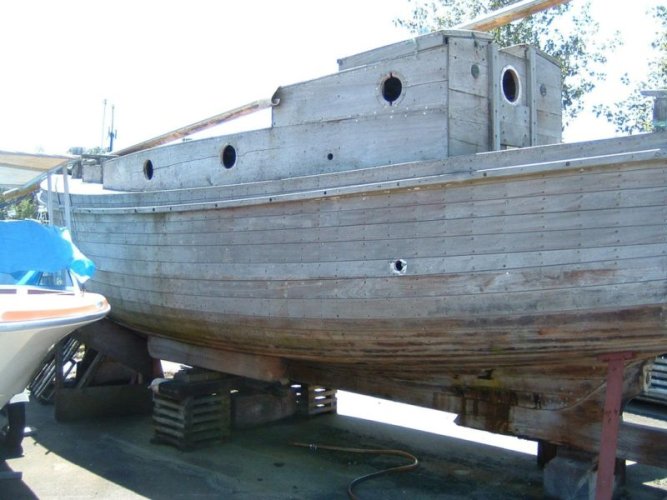 Holy smokes I have the urge to bury it to the waterline in the grass verge in front of our townhouse complex and cover it in potted plants. It's beautifully weathered. N.B. This one is also listed on CL http://vancouver.en.craigslist.ca/rch/boa/4507651571.html

Norse Horse said:
Thanks for the links. It is a first for me to see winches that crank from below.
Click to expand...

They are quite effecient when installed properly and in the correct location.

Common on Knarrs and Folksboats among others.
Click to expand...

I've seen it on many small dayboats a lot more recent than that. Keeps the handles out of the way and stops stuff getting caught on them.

That thing is worth thousands just for all the teak.


Kill it. Kill it with fire.

They are more than welcome here. Nice find.

This one's on eBay, not Craigslist, but...

This lovely was donated to Boat Angels 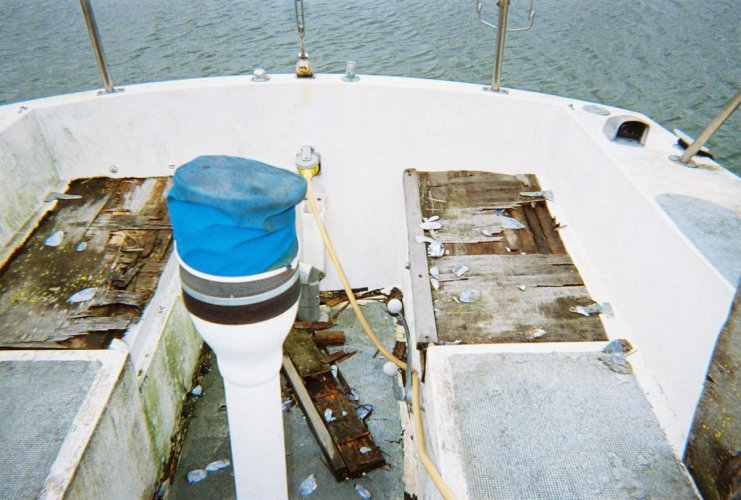 ^ It sold for $787. If the buyer has some DIY skills, and can scrounge up some bargain replacement gear, thats a pretty sweet deal for a liveaboard or coastal cruiser.

A gazebo for midgets.

Actually my wife solved the puzzle at a glance. It's nautical-themed vine trellis

To my immense surprise, it actually sailed OK. Pretty good, I thought, but then I did have pretty low expectations based on the appearance of the hull.

The one I sailed was listed for about twice that price and a guy drove down from Rhode Island to buy it immediately after I put it on the market. He had been looking for one. He paid darn near the asking price. That guy could get a lot more money for that boat.

Probably a good boat to take the tykes tubing.

Five grand for a good condition, decent little boat is not bad. They aren't complete failures, just a compromise. I thought I wanted one once (back in 91 or so) when you could get a brand new one, including trailer, for about 11 grand. I'm glad I didn't get it but, if all you are going to do is daysail, motor around when there is no wind, and have fun with the kids on the lake, it's not a bad choice.

Not the usual kind of thing posted here but I liked the absurd redundancy of the title.

As opposed to what? a bathroom vanity mirror?

Nicolations said:
A Mac as it should be?
Click to expand...

I continue to think a powersailer is a bad idea, but that's my preference.

As far as actually pulling it off, the 19 did it way better than the 26, being a far better powerboat and about as good a sailboat for its size. But it doesn't have enormous headroom and a separate head with a door, both of which sold a lot of boats.

The 19 has a two piece mast and there are racks in the cabin to store mast and boom inside and go in (more) pure powerboat mode. I like that, not being a fan of masts on powerboats.