I was warned. Wow!

Autonomous said:
I was warned. Wow!

Someone gave me a tiny, waxy turd and said it's something called "dabs."

I felt like a cave man looking at an iPhone. Thanks, but what do I do with this?

Contumacious Tom said:
Thanks, but what do I do with this?
Click to expand...

Autonomous said:
I was warned. Wow!

No kidding - what we smoked BITD was around 5% THC - now it gets over 40%. Way stronger than any hash we ever had.

The new shit is downright dangerous.

Fuck that. I quit smoking pot 35 years ago because it was getting  too strong and it wasn't fun anymore.

Fat, stoned and catatonic is no way to go through life son.

Had a similar experience maybe 10 years ago, and it wasn't the killer stuff you guys are describing.  Anyways.......   I have a friend who kept saying how he would like to get high again so I gave him a thin joint with the warning to just try a bit and see how it goes.  A week later when I see him he says holy shit I was so freaked out I spent the night in my closet. I asked how much he smoked and he said, well it was only one and not that big so I smoked it.

good times.  And that was the end of that - now it's craft beer and single malt for me.

I quit over 40 years ago for the same reasons but have been persuaded recently to try some legal shit.

It's ridiculous - there has been a decades long arms race amongst the growers to increase the THC content and they're up to about 15 megatons now.

And who are you calling fat?

Dorado said:
Fuck that. I quit smoking pot 35 years ago because it was getting  too strong and it wasn't fun anymore.

Fat, stoned and catatonic is no way to go through life son.
Click to expand... 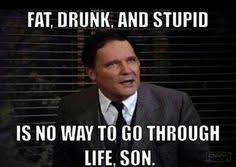 Dorado said:
Fuck that. I quit smoking pot 35 years ago because it was getting  too strong and it wasn't fun anymore.

Fat, stoned and catatonic is no way to go through life son.
Click to expand...

Two hits and you're a cripple

I only smoke a few times a year when it crosses my path ,it is very strong , I miss the silly high from a lid of shake.  Someone gave me a joint when I retired a few year back and the smell was so strong I was paranoid just carrying it home in my car...I'd like to try some of the edibles but have not had a chance...I like the physical high of brownies back in the day rather than the stoned goat feeling

I rarely partake of devil weed and yes, the stuff is so potent now by comparison from grow your own in my teens and 20's, 30's. I lived on Gabriola Is. in the gulf islands in my youth when the RCMP only come over to the island twice a week and knew when they hit the ferry and back again. You'd hide your plants and some had a still too. Make our on hash etc. It was a cottage industry really. My good friend in Power River use to grow it, legally, as she has MS. Had to stop growing it as some asshole ripped the plants out of her garden. But it was pretty mild anyway. I still have a little left over just for shits &amp; giggles but haven't touched in a long time.

Still pissed for losing her crop though. We used to call Nanaimo "Surrey by the sea" but PR is similar it seems. 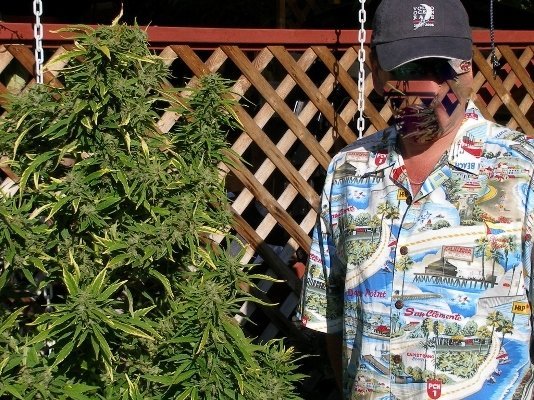 I used to smoke 'the kind' in college. Then I tried a puff off a vape a few years ago. Irish goodbye 15 minutes later in a cab. Never again will I touch the stuff. It's way too strong. I did sleep well. I wonder what molly is like these days? Sheesh.

You want to smoke that schtumpah, have at it. I'm hooked on San Pellegrino. To each their own.

It's gotta be in glass. Either the big ones or (heavy addiction) the little glass grenades. I think they put crack in that stuff or something.

Try making OJ from concentrate with it. Holy Shitballs.

4 all you old fucks

VWAP said:
4 all you old fucks

So are you saying buds for the young and leaf for the elderly ?...there actually may be a market for weaker pot...