That's not a cheat, that's a necessary foodstuff.

BayRacer said:
Maybe someone else from the Great Lakes recalls the details.  What was the story with Bob Seger the singer with rating problems in the Mac races?  Time flies, back in the 90's maybe.
Click to expand...

Undeclared sprit and oversized asymmetrical. Protests were thrown out for invalidity, so the substance of the complaints was never decided. See generally “Bob Seger and his SC52 Lightning”.

Misbehavin' said:
I love Italy and almost everything about it, but they can't just stop cheating can they?
Click to expand...

It's just a general approach to life...ingrained in their dna.

I rented a place near Lucca for a few weeks holiday. My charming and gracious landlord, was a an octogenarian avvocato. As a jurist he’d spent his life studying and practicing law. Clearly someone who respected rules and regulations.

Getting a taxi in the hinterland was a bit of a chore so he kindly offered to run me into town for groceries.

He drove a lovely Maserati that was young when he was young. It sounded and felt faster than it was but all the same I suggested that we could enjoy the scenic drive at a more leisurely clip, especially as it was hard to see around the upcoming corners.

He explained driving was about risks, about making the other guy take risks...explained as we zoomed through an unmarked intersection. We got to a bigger intersection with a light that changed against us. It had no effect on his driving..."they are just recommendations he explained".

My next trip into town I paid for a taxi.

Yacht racing rules are like rules of the road, more guidance than obligation.

It's catching here as well - stop signs are pretty much just suggestions now.

mad said:
There was a certain Beneteau in the UK that had a hole saw taken to every part of the interior that wasn’t structural. The boat looked like a Swiss cheese!
It was in the shed for a while before it sold.
Click to expand... 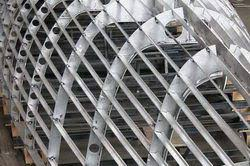 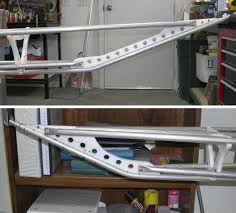 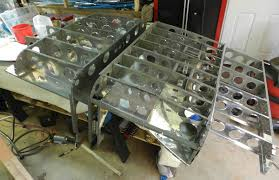 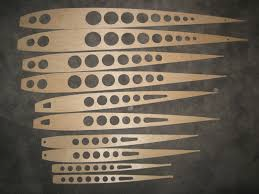 CriticalPath said:
If a Kirby 25 couldn't stay ahead of a Shark 24 in 20+ knots, it had nothing to do with a 55 gallon drum on the high side in the cabin.

First, a 55 gallon drum of gas only weighs ~300-350 pounds; second, a 55 gallon drum wouldn't fit inside a Shark without cutting the deck off first; and third, if a boat that rates nearly 60 seconds slower passes you, it has more to do with performance of the boat you're on than theirs...

Musta been some good drugs onboard the K25!
Click to expand...

SloopJohnB said:
I probably do more 360's than anyone else on the race track, such mainboom touching the mark, close contacts with other boats round marks.......its amazing how many rc skippers don't do their turns.
Click to expand...

Yes, look at just about any video of RC sailing and you will see examples of this.  Some of it may be excusable - often it is older people sailing them and their eyesight at mark roundings might not be great.  Helps to have vertical stripes on the mark so if it is touched it will rotate.  Minor contact at roundings can be very difficult to see if the mark is far from the viewing area.  In other cases, mutual fouls are sometimes ignored but really shouldn't be - both boats should do their turns since they are gaining an advantage over the rest of the fleet if they don't.

Egregious?  This is playing with toy boats.  Most of the time the dock talk during or after the race will be enough to convince someone ignoring their fouls to smarten up.  If they keep doing it the dock talk eventually drives them away from the fleet.

I grew up in Montreal, there they are more like innuendos.

I'd like to see those pictures but I don't have a microscope. What gives?

mad said:
There was a certain Beneteau in the UK that had a hole saw taken to every part of the interior that wasn’t structural. The boat looked like a Swiss cheese!
It was in the shed for a while before it sold.
Click to expand...

There isn't much in the interior of those that is structural, unless it's one of the early Firsts from Frers. It's all in the grid now.

kinardly said:
There isn't much in the interior of those that is structural, unless it's one of the early Firsts from Frers. It's all in the grid now.
Click to expand...

And that’s why there wasn’t a lot left.

Well if you wanna get nit-picky, the original poster never said anything about water, they called it a "gas tank", and gasoline would weigh about 330 pounds, a drum weighs about 40 pounds, so I'll go as high as 380 total if fuel.  If it was water, then your 500 estimate sounds reasonable.

Bottom line is the K25 crew musta been higher than either of those to get blown by a Shark doing whitesails...

Hmmm.....back in the day, the personal boats of local builder of a very popular international keelboat class were highly sought after for being blindingly fast....yeah...so we eventually managed to get hold of one and paid a premium for it. The intention was to take it to the worlds in canada...a big exercise from where we live (melb - Oz). In doing the boat prep for the event, everything was checked...and so some anomalies began to appear....like the fact that the rudder was incredibly light (turned out to be glass over timber with even the "moulding lines and "stamp" in the fibreglass to make it look authentic) and that the layup of the cockpit was very thin with plastic hinges on the cockpit hatches...that there was a stainless steel water tank that when removed revealed a solid 1 inch thick base....and so it went on.

Decisions had to be made, so after a "chat" with the builder, an agreement was reached and a brand new replacement boat delivered for our campaign. The questionable boat was returned to the builder and never seen again.....

Certainly a colorful gentleman , may he Rest In Peace .

How did Louisiana Crude get the nickname Shaved Tiger that's now used with affection by the members of the crew? Dreyfus isn't a braggart, but he does exude a lot of optimism—sometimes prematurely. For example, though after two races Williwaw with Conner, the flawless beast, was only 5.5 points behind Crude and selection for the Admiral's Cup team was still a battle among two dozen boats, Dreyfus proclaimed for all to hear, "I'm practicing how to curtsy to the Queen." After a day and night of rough-and-tumble sailing on the long St. Pete-Lauderdale race that counts 2.5 points per place, Dreyfus came on deck feeling particularly exuberant as the boat ripped along under spinnaker. Although he had no idea how Crude was doing compared to her rivals, Dreyfus tapped his reserve of optimism and said to navigator John Rumsey, "My God, isn't this great! Here we have a production boat, Number 18 out of the mold, and we're beating all those $300,000 custom boats."

"This isn't a production boat," Rumsey replied. "It's a shaved tiger."

"What in hell is a shaved tiger?" Dreyfus asked.

"The Mexicans take a tiger," Rumsey said, "and shave it so that it looks like a dog. Then they enter it in a dog show and it eats all the other dogs."

Although luck will always play a part in ocean racing, the technological advances of each passing year make the competition among the best-prepared boats more and more equal. The chance that a gambling skipper will win the SORC by taking a flier is decreasing. The honors usually go to the crew that has the best shaved tiger under its feet.

Somebody Else said:
I'd like to see those pictures but I don't have a microscope. What gives?
Click to expand...

I dunno - they are about 5 sq inches each on my screen.

I grew up in Philadelphia. They were more like markers for car jacking locations

Raptorsailor said:
That's not a cheat, that's a necessary foodstuff.
Click to expand...

Michelob....Well, I'll grant that is less likely to harm you than Lysol or Clorox. 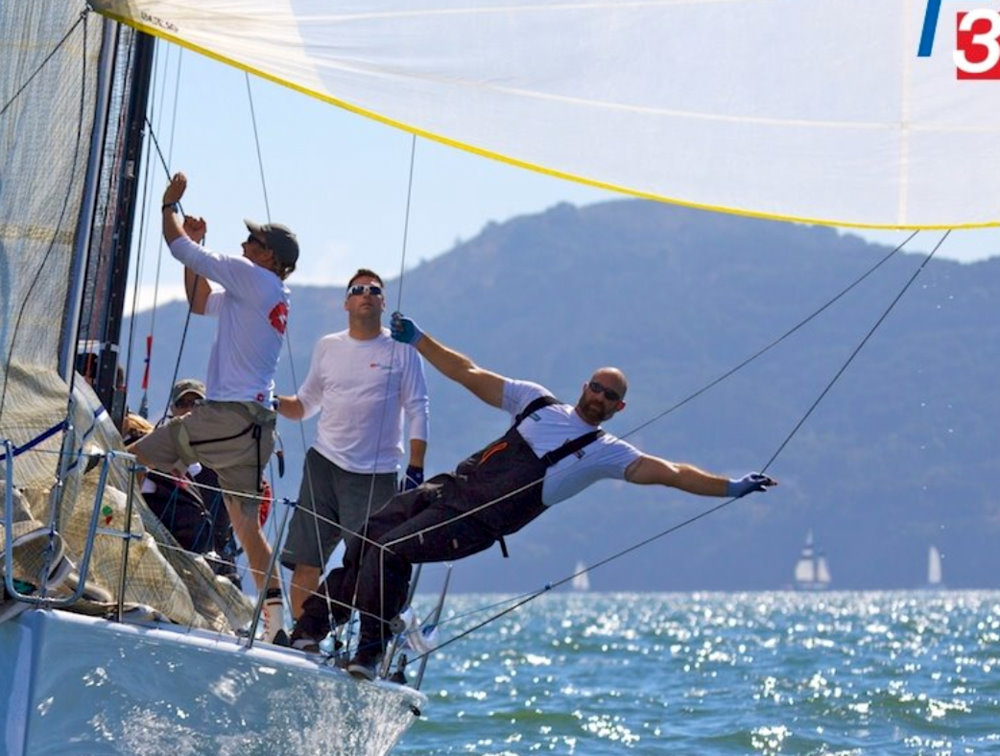 His long is briefly??

At the end if his career, Brett Farve played briefly for teams other than Green Bay.

See those  boats In the  background? Certainly the the guy in the photo didn’t Mx age to hang out like that fir more than a brief stint.

SloopJohnB said:
I probably do more 360's than anyone else on the race track, such mainboom touching the mark, close contacts with other boats round marks.......its amazing how many rc skippers don't do their turns.
Click to expand...

with you  there brother....  at the IOM level  you cant have unforced errors.  I hit a few marks, and missed a few marks.  theres no coming back from that kind of self inflicted wound.